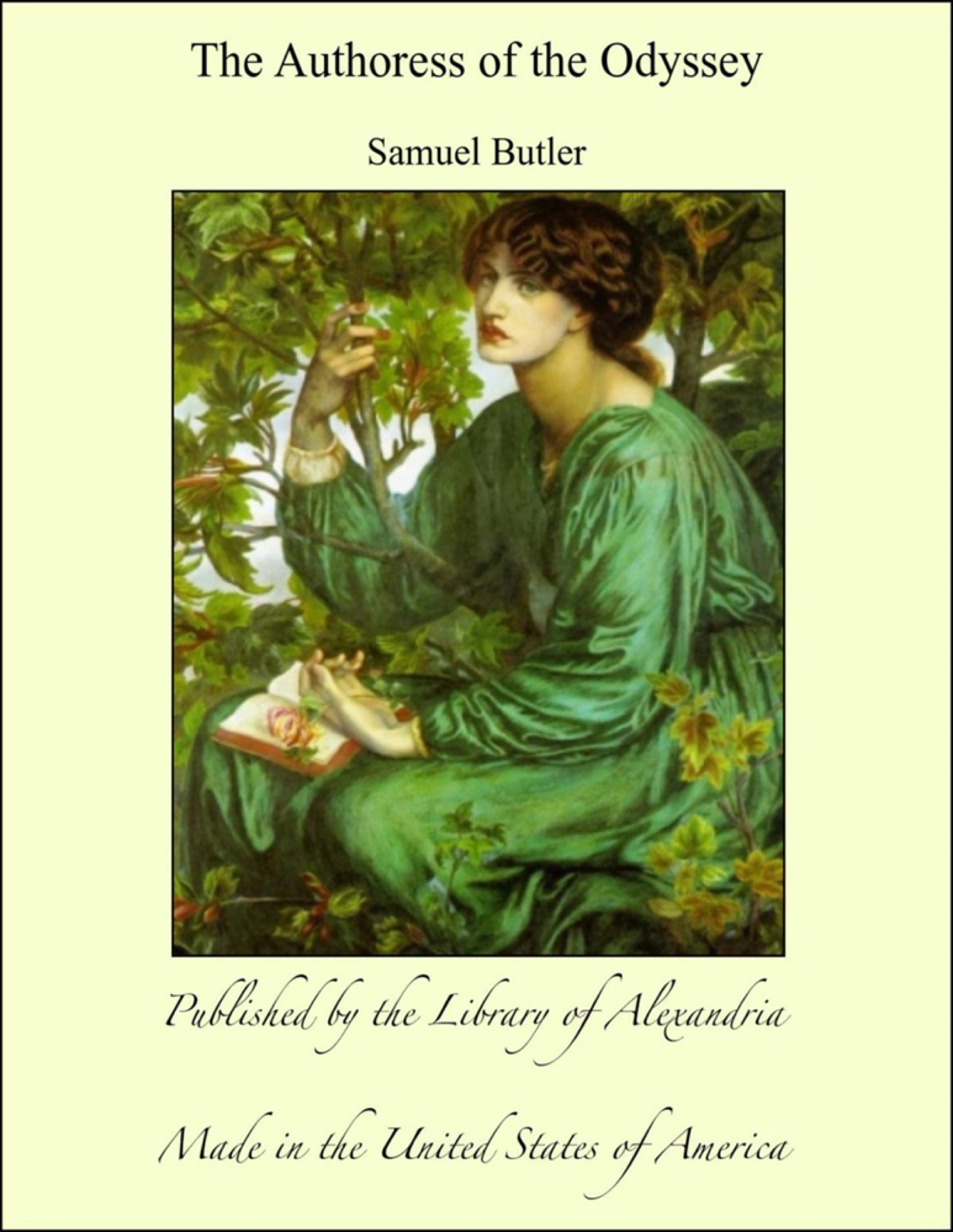 The Authoress of the Odyssey

The following work consists in some measure of matter already published in England and Italy during the last six years. The original publications were in the Athenaeum, Jan. 30 and Feb. 20, 1892, and in the Eagle for the Lent Term, 1892, and for the October Term, 1892. Both these last two articles were re-published by Messrs. Metcalfe & Co. of Cambridge, with prefaces, in the second case of considerable length. I have also drawn from sundry letters and articles that appeared in Il Lambruschini, a journal published at Trapani and edited by Prof. Giacalone-Patti, in 1892 and succeeding years, as also from two articles that appeared in the Rassegna della Letteratura Siciliana, published at Acireale in the autumn of 1893 and of 1894, and from some articles published in the Italian Gazette (then edited by Miss Helen Zimmern) in the spring of 1895. Each of the publications above referred to contained some matter which did not appear in the others, and by the help of local students in Sicily, among whom I would name the late Signor E. Biaggini of Trapani, Signor Sugameli of Trapani, and Cavaliere Professore Ingroia of Calatafimi, I have been able to correct some errors and become possessed of new matter bearing on my subject. I have now entirely re-cast and re-stated the whole argument, adding much that has not appeared hitherto, and dealing for the first time fully with the question of the writer's sex.