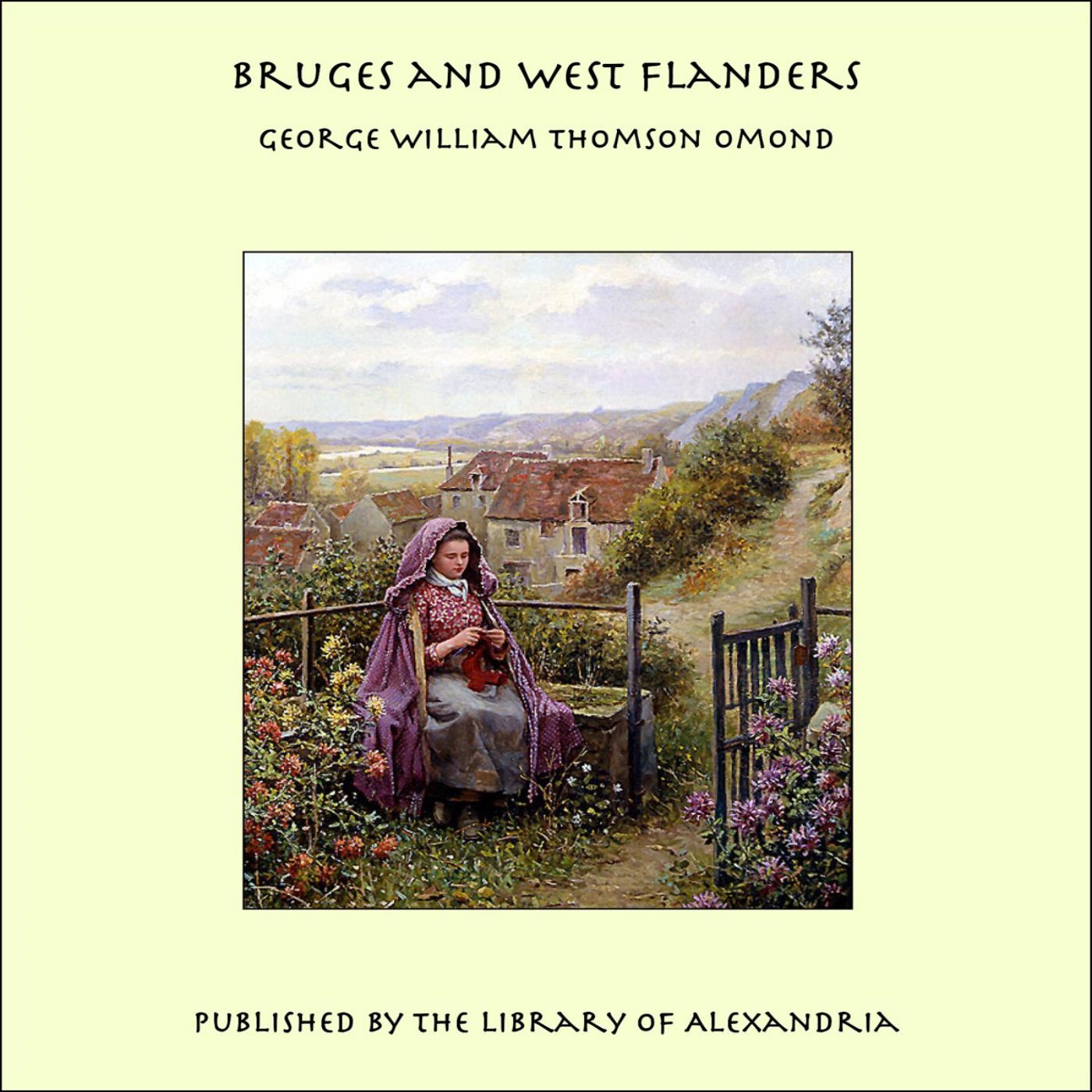 THE MARKET-PLACE AND BELFRY—EARLY HISTORY OF BRUGES Every visitor to 'the quaint old Flemish city' goes first to the Market-Place. On Saturday mornings the wide space beneath the mighty Belfry is full of stalls, with white canvas awnings, and heaped up with a curious assortment of goods. Clothing of every description, sabots and leathern shoes and boots, huge earthenware jars, pots and pans, kettles, cups and saucers, baskets, tawdry-coloured prints—chiefly of a religious character—lamps and candlesticks, the cheaper kinds of Flemish pottery, knives and forks, carpenters' tools, and such small articles as reels of thread, hatpins, tape, and even bottles of coarse scent, are piled on the stalls or spread out on the rough stones wherever there is a vacant space. Round the stalls, in the narrow spaces between them, the people move about, talking, laughing, and bargaining. Their native Flemish is the tongue they use amongst themselves; but many of them speak what passes for French at Bruges, or even a few words of broken English, if some unwary stranger from across the Channel is rash enough to venture on doing business with these sharp-witted, plausible folk. At first sight this Market-Place, so famed in song, is a disappointment. The north side is occupied by a row of seventeenth-century houses turned into shops and third-rate cafés. On the east is a modern post-office, dirty and badly ventilated, and some half-finished Government buildings. On the west are two houses which were once of some note—the Cranenburg, from the windows of which, in olden times, the Counts of Flanders, with the lords and ladies of their Court, used to watch the tournaments and pageants for which Bruges was celebrated, and in which Maximilian was imprisoned by the burghers in 1488; and the Hôtel de Bouchoute, a narrow, square building of dark red brick, with a gilded lion over the doorway. But the Cranenburg, once the 'most magnificent private residence in the Market-Place,' many years ago lost every trace of its original splendour, and is now an unattractive hostelry, the headquarters of a smoking club; while the Hôtel de Bouchoute, turned into a clothier’s shop, has little to distinguish it from its commonplace neighbours. Nevertheless, 'In the Market-Place of Bruges stands the Belfry old and brown; Thrice consumed and thrice rebuilded, still it watches o'er the town.' It redeems the Market-Place from mediocrity. How long ago the first belfry tower of Bruges was built is unknown, but this at least is certain, that in the year 1280 a fire, in which the ancient archives of the town perished, destroyed the greater part of an old belfry, which some suppose may have been erected in the ninth century. On two subsequent occasions, in the fifteenth and eighteenth centuries, the present Belfry, erected on the ruins of the former structure, was damaged by fire; and now it stands on the south side of the Market-Place, rising 350 feet above the Halles, a massive building of the thirteenth and fourteenth centuries, solemn, weather-beaten, and majestic. 'For six hundred years,' it has been said, 'this Belfry has watched over the city of Bruges. It has beheld her triumphs and her failures, her glory and her shame, her prosperity and her gradual decay, and, in spite of so many vicissitudes, it is still standing to bear witness to the genius of our forefathers, to awaken memories of old times and admiration for one of the most splendid monuments of civic architecture which the Middle Ages has produced