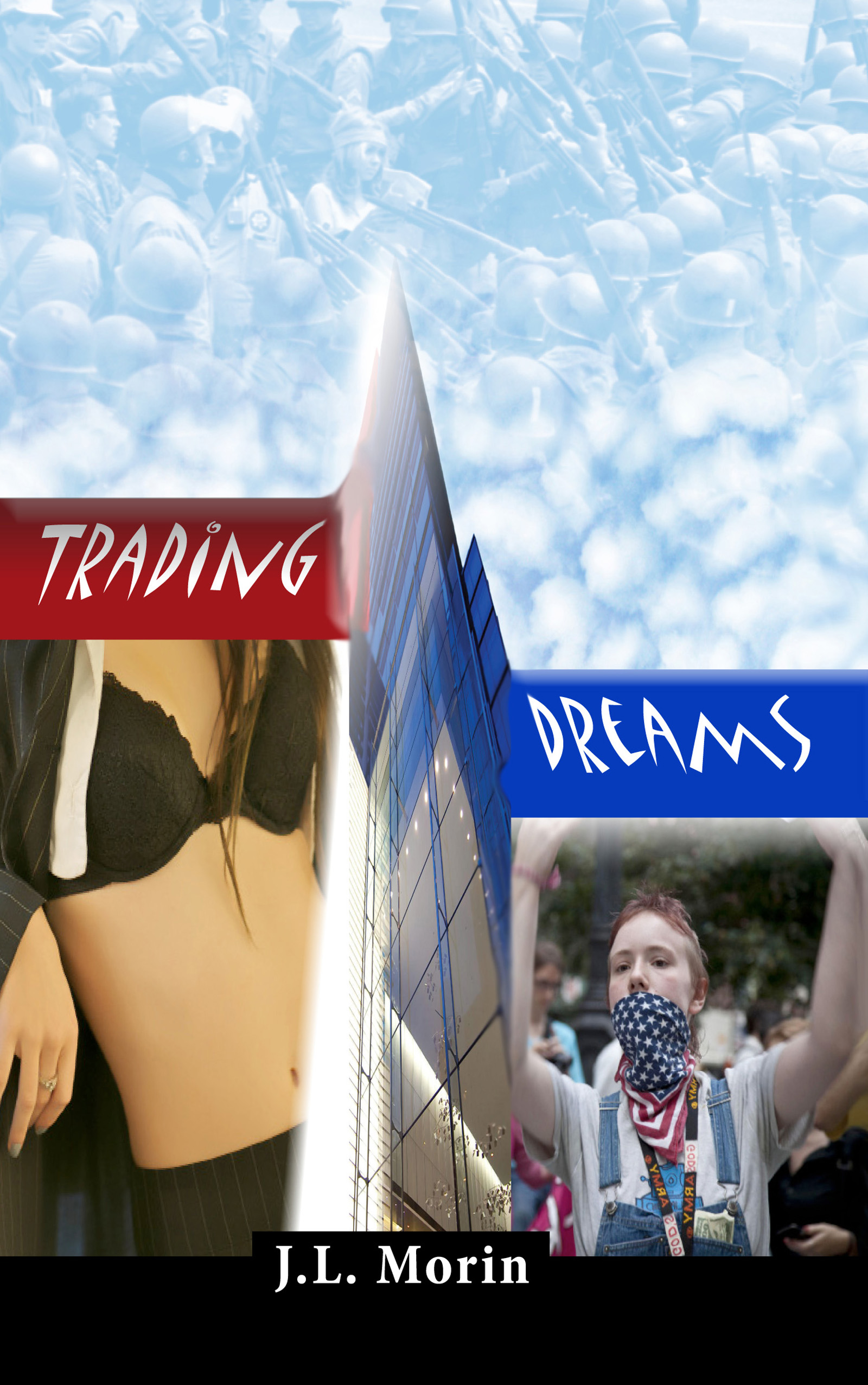 Set in the days of bank failure and Occupy Wall Street, J. L. Morin's humor throws the hypocrisy of New York onto the horns of the Wall Street bull. A new hire, Jerry teeters between acting like a trading floor cyborg and activism battling Wall Street corruption . . . as if she didn't have enough to worry about hiding from her dark past. For Jerry, New York in its heyday means hanging with the guys, finding nothing but users, and developing a sex addiction. Then the economic crisis descends like a praying mantis devouring its mate at the moment of ecstasy - and the bank sets her up. Not one to let homeowners down or push clients to invest in the stocks the bank is trying to dump, Jerry is convinced she can outsmart the machine. With the help of Occupy Wall Street, she spreads the word through the human microphone. There's little prospect of finding another job when Jerry blows the whistle . . .

JL Morin grew up in inner-city Detroit. She proffered moral support while her parents sacrificed all to a failed system. Wondering what the Japanese were doing right, she decamped to Tokyo. Her debut Japan novel, Sazzae, won an eLit Gold Medal, and a Living Now Book Award. Her second novel, Travelling Light, was a USA Best Book Awards finalist, and her third, Trading Dreams, became ‘Occupy’s first bestselling novel’. Her climate fiction novel, Nature's Confession, won first place in the Dante Rossetti Book Awards; a Readers’ Favorite Book Award; a LitPick 5-Star Review Award; and an excerpt received an Honorable Mention in the Eco-Fiction Story Contest, published in the Winds of Change anthology of eco-fiction. Her second cli-fi novel, Loveoid, is a Cygnus Sci-fi 1st place winner, among others.