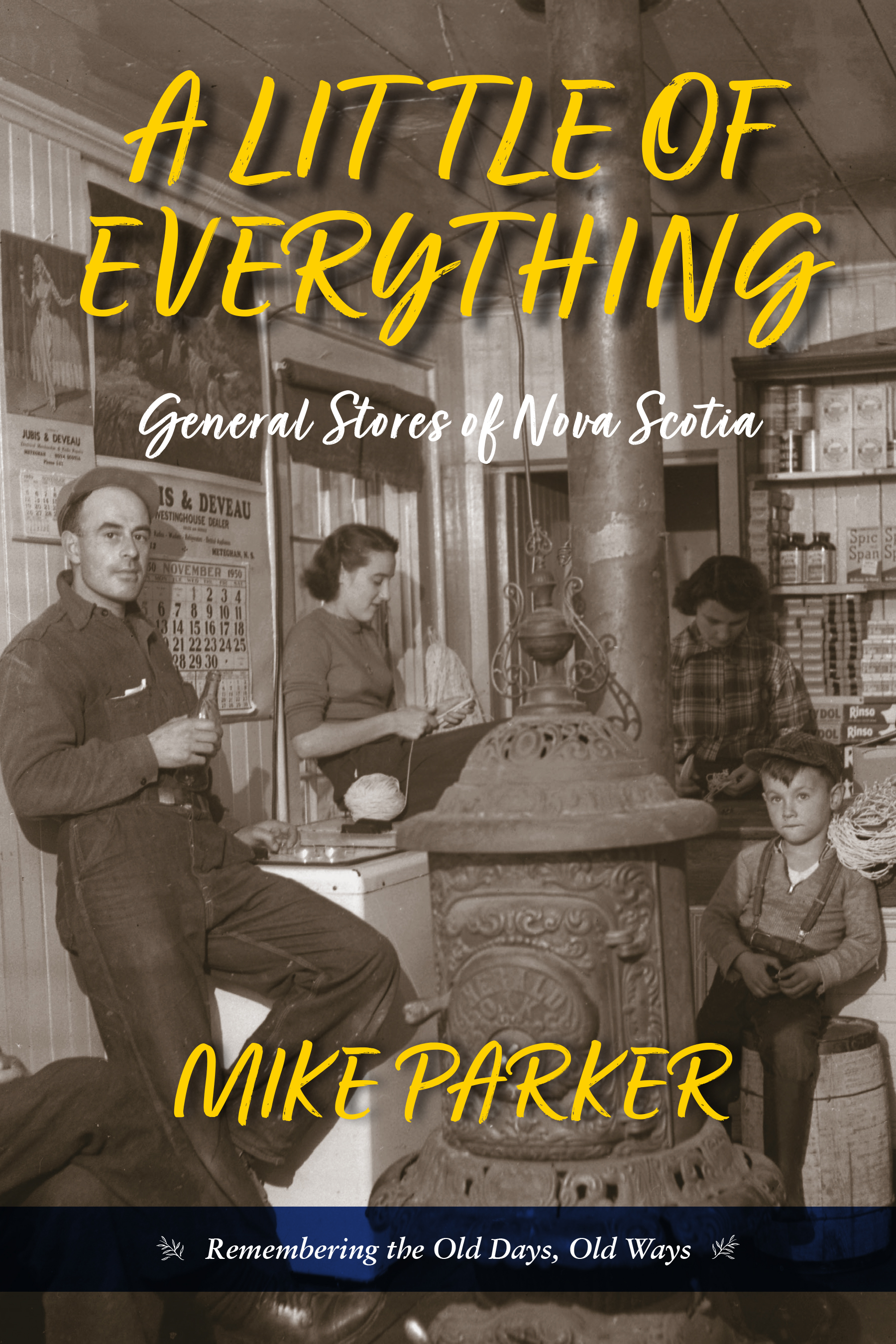 A Little of Everything

Yesterday's general store was today's Costco, Home Depot and Superstore rolled into one – and then some. General stores sold a little of everything through the years – groceries, hardware, dry goods, caskets, corsets, spinning wheels, furniture, appliances, feeds, seeds, kerosene, gasoline, lotions and potions for man or beast, and of course candy, ice cream and pop. "General stores usually had the look of an overstuffed warehouse, and if you wanted something, they had it buried somewhere ... you only had to ask." Not only was the general store a one-stop shop, it was a place to meet and greet, gossip, solve world problems and tell tales, tall and true, a pillar of rural community life until done in by mail order catalogues, big box stores and shopping malls.

Mike Parker mourns the passing of general stores more than most because his family owned and operated the Bear River Trading Company for forty years, a "sprawling emporium" that traced its beginnings to the age of sail. Until Mike?s dad retired in the late 1970s, the Bear River Trading Company was still a place of business where commercial salesmen called, wheels of cheese were displayed in a glass case, bulk kerosene was sold from the barrel and nails from a bin, purchases were wrapped in butcher?s paper and tied with twine, customers phoned in weekly grocery orders for home delivery and the "men folk" gathered to swap hunting and fishing stories.

The days of the general store may be long gone but thanks to Mike are not forgotten. Illustrated with more than 500 images, A Little of Everything has something for everyone. For those who remember the sights, sounds and smells of an old-fashioned general store, this book will be a walk down memory lane. For those less fortunate who missed out on the waning days of the general store or are just looking for a good read with a touch of history, A Little of Everything opens another window to the past in Mike's long-time quest to shine light on Nova Scotia's old days, old ways.