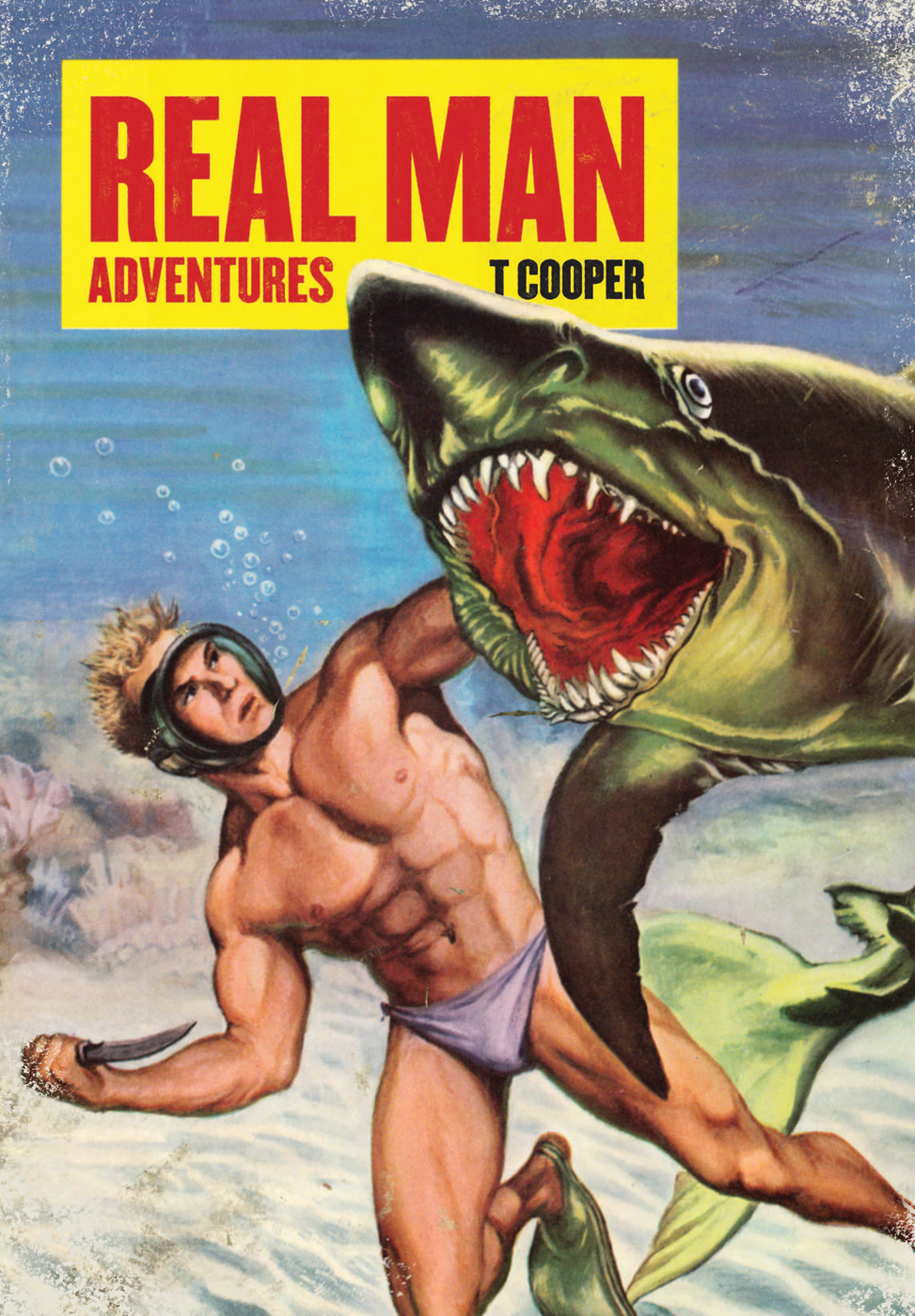 A few years ago, the novelist T Cooper wrote his parents a letter telling them he "wasn't their daughter anymore." And that was the "good news."

Real Man Adventures is Cooper's brash, wildly inventive, and often comic exploration of the paradoxes and pleasures of masculinity. He takes us through his transition into identifying as male, and how he went on to marry his wife and become an adoring stepfather of two children. Alternately bemused and exasperated when he feels compelled to explain all this, Cooper never loses his sense of humor. "Ten Things People Assume I Understand About Women But Actually Don't," reads one chapter title, while another proffers: "Sometimes I Think the Whole of Modern History Can Be Explained by Testosterone."

A brilliant collage of letters, essays, interviews (with his brother, with his wife, with the parents of other transgender children), artwork, and sharp evocations of difficult conversations with old friends and puzzled bureaucrats, Real Man Adventures will forever change what you think about what it means to be a man.