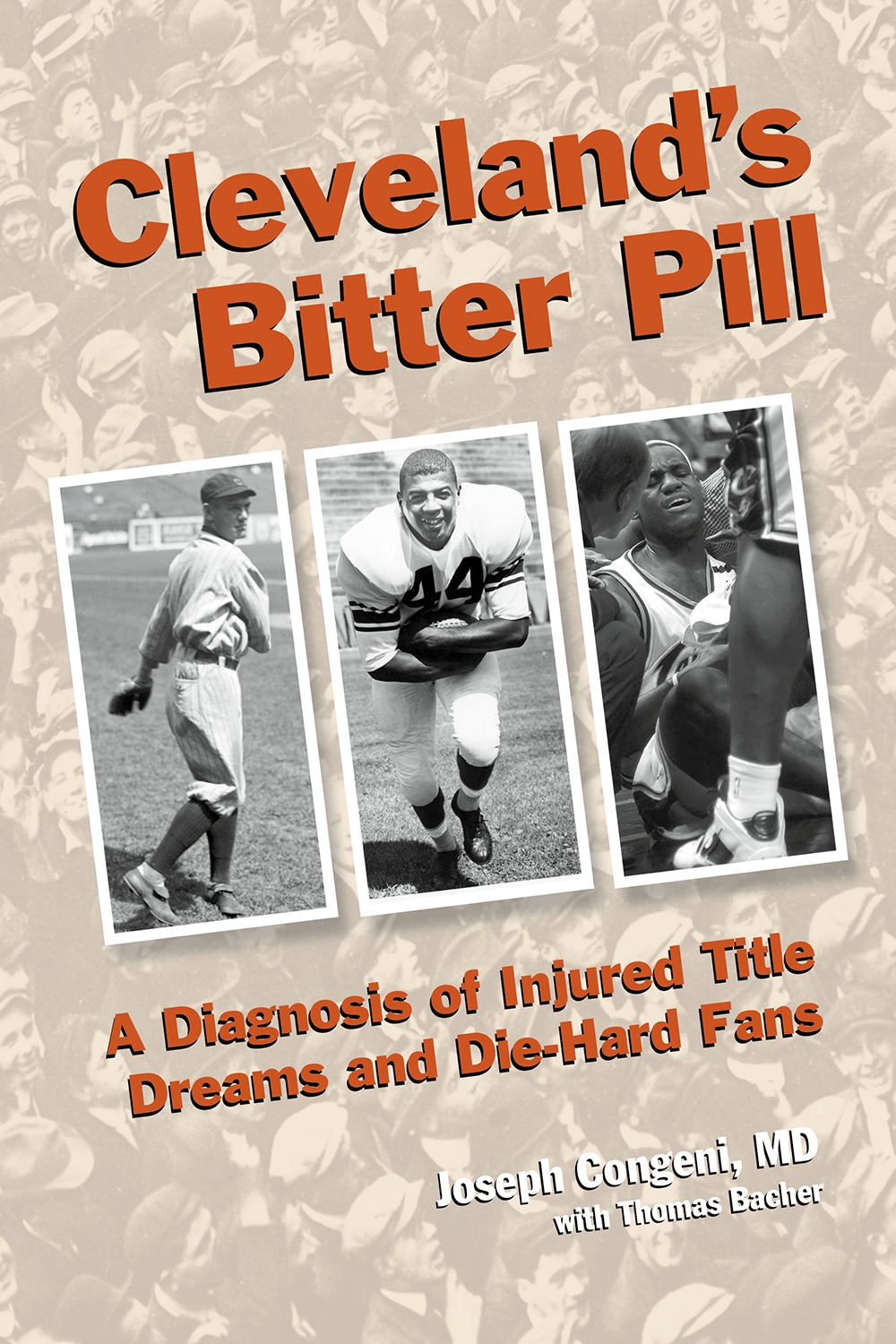 A Diagnosis of Injured Title Dreams and Die-Hard Fans

This collection of stories examines Cleveland's athletic teams and injuries that have hindered their quests for championships. From rotator cuffs to knee ligaments, from sprained ankles to sprained backs, and from broken legs to broken arms, Cleveland's misery has taken some of its best athletes and immobilized them at inopportune times. Shaq gave fans his inside dominance and his ailing thumb in 2010. Herb Score was a blazing lefthander until he took a line drive to the face in 1957. When the Las Vegas oddsmakers picked the Browns to win the Super Bowl in 1988, Bernie Kosar's arm injury derailed championship aspirations. Written by the Director of Sports Medicine at Akron Children's Hospital, Joseph Congeni, Cleveland's Bitter Pill not only recaps the sports events, but explains the injuries in terms that fans can understand.

Joseph Congeni is a graduate of Northeastern Ohio Universities College of Medicine (NEOUCOM), Dr. Congeni did his medical residency and sports medicine fellowship at Akron Children’s. He has been medical director of the Sports Medicine Center since 1988 and is an assistant professor of pediatrics at NEOUCOM.