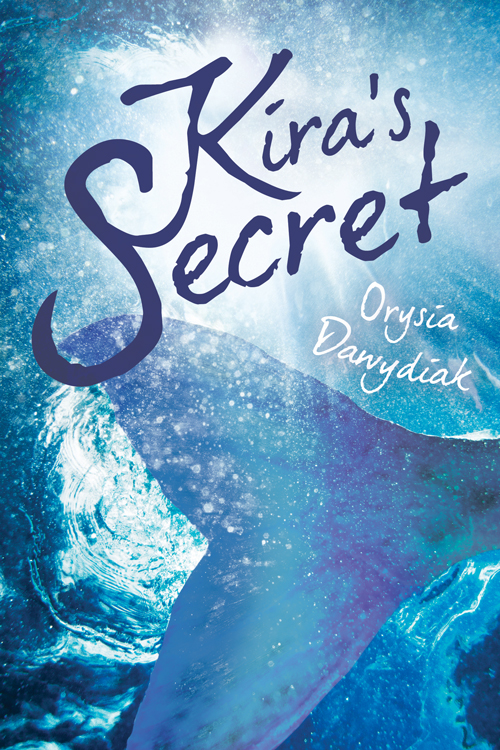 Twelve-year-old Kira loves to swim. But her parents, who adopted her as a baby, have forbidden her to go near the sea where they live on the north Atlantic coast. Frustrated by their rules, Kira decides to rebel and jumps into the icy waters. She is shocked by what she learns about herself. With the help of her friend Cody, Kira begins the search for her original family. She soon discovers why her adoptive parents were afraid to let her go into the sea.

Orysia Dawydiak was the first child born to immigrant parents who settled in Northern Ontario. She grew up with a foot in both worlds, on a diet rich in Ukrainian traditions and stories. She lives on a small farm on Prince Edward Island where she raises sheep and dogs. She writes books on livestock protection dogs, and has also written award-winning fiction for children and young adults. She has written two other middle-grade fiction novels, Kira's Quest and Kira's Secret, which was nominated for the Hackmatack Award. Her first novel, House of Bears, was published by Acorn. Visit her website at orysiadawydiak.com.