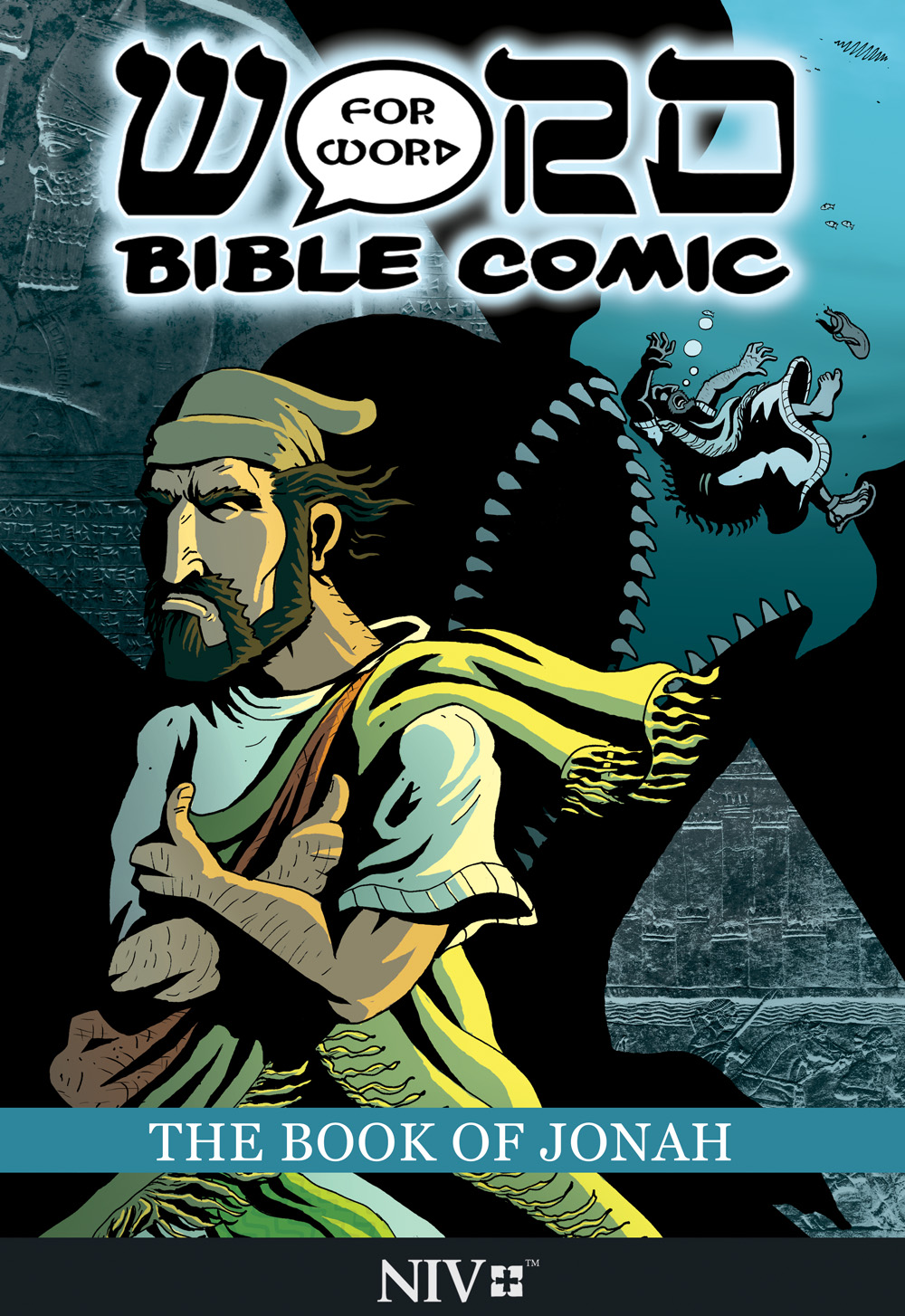 The Book of Jonah: Word for Word Bible Comic

This graphic novel illustrates every word, chapter and verse, of the biblical Book of Jonah within its historical, cultural and geographical context.
The full story of Jonah is more than just a man swallowed by a whale! The unabridged story is illustrated in a bold contemporary style but remains as faithful to the Old Testament scripture as possible. The comic explores not only the story and struggle of the prophet of YHVH, but depicts the ancient Assyrian city of Nineveh. A short narrative but with a nuanced message all too often lost in children's picture books. Featuring the best selling Bible English Bible translation, the NIV, with verse numbers at the bottom of each page. Presented with a matt laminated cover and high-quality, full-color, gloss paper interiors. Several pages at the back of the book share the historical source material and topics of debate arising from this bible story.

Simon Amadeus Pillario: Based in Bristol, England, Simon Amadeus Pillario has a degree in graphic design and has been professionally illustrating comics since 2002 and has a love of Dark Horse and Image comics, especially B.P.R.D. and anything by Mike Mignola. He became a committed Christian at the age of 23 and after reading the Bible as a young adult was struck by how much of the exciting intrigue, drama and challenging elements are dropped from dramatizations and visualizations of the bible stories. Passionate about the full Word of God and unsatisfied with the cut-down, child-friendly Christian comics available he was inspired to create this product for adults and mature teenagers.

Leslie Simonin-Wilmer: AKA Sindos. Graphic Designer by day, Comic Book Colorist by night, probably found drawing lions on all surfaces. Based in Mexico.

Ryan Esch: Ryan is a graphic designer and illustrator from Michigan living in Japan who has been making comics since 2012. He loves storytelling, anime, manga and practices both digital and traditional art.