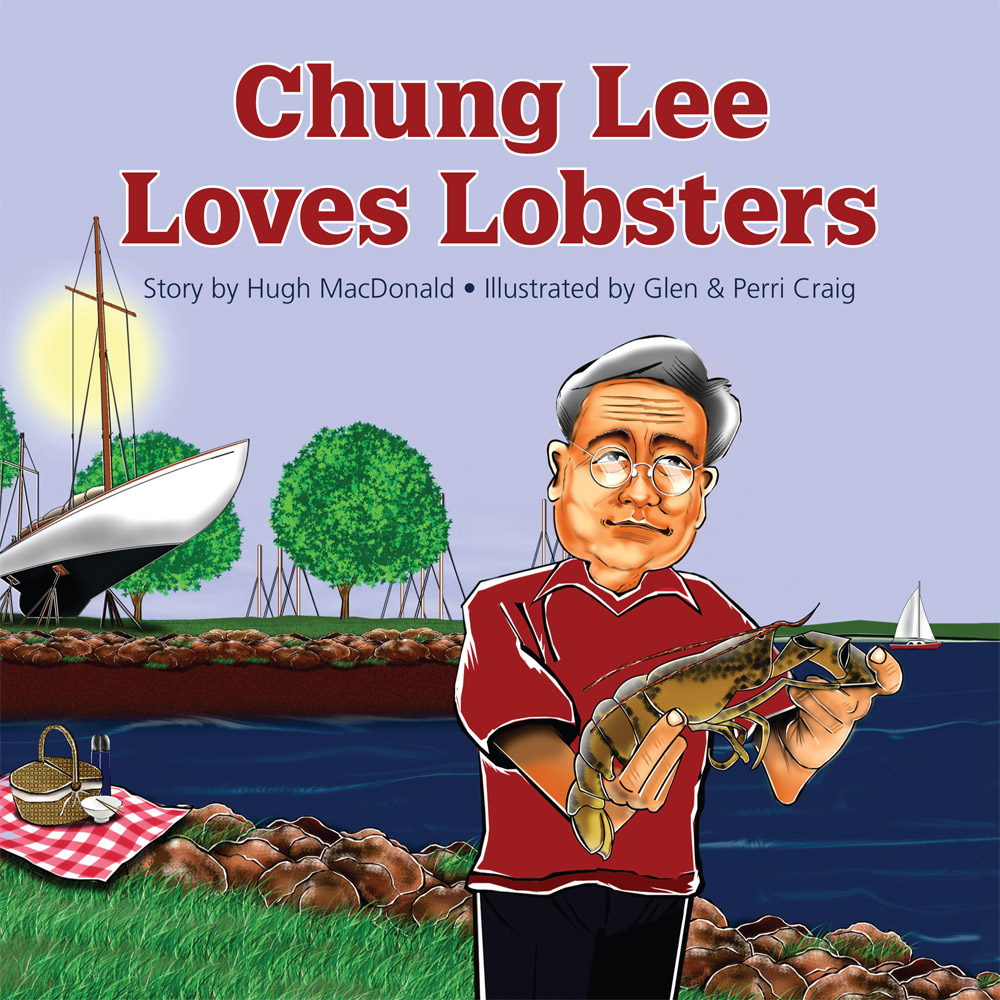 Mr. Chung Lee is a retired restaurant cook who buys one lobster a month with his old age pension cheque, takes the lobster to the seashore, and releases it into the sea. This book, a PEI favourite, was originally published in 1992 by Annick Press, but it has since gone out-of-print. New illustrations and fresh text will make it a favourite for a new generation of Islanders. This story won the L. M. Montgomery Children's Literature Award in 1990.

Artists Glen and Perri Craig live in Charlottetown with their two children, Abby and Aidan, and dog Mac. Perri Craig is the illustrator of A Nova Scotia Lullaby.

Hugh MacDonald is a poet, editor, childrens’ author and novelist Hugh MacDonald of Brudenell was poet laureate for Prince Edward Island from Jan 1, 2010, until Dec 31, 2012. He has received several awards including the L.M. Montgomery Children';s Literature Award for Chung Lee Loves Lobsters, and a first prize for poetry from the Writers Federation of Nova Scotia. In 2004, he was presented with the Award for Distinguished Contribution to the Literary Arts on Prince Edward Island. He lives near Montague, PEI with his wife, Sandra.