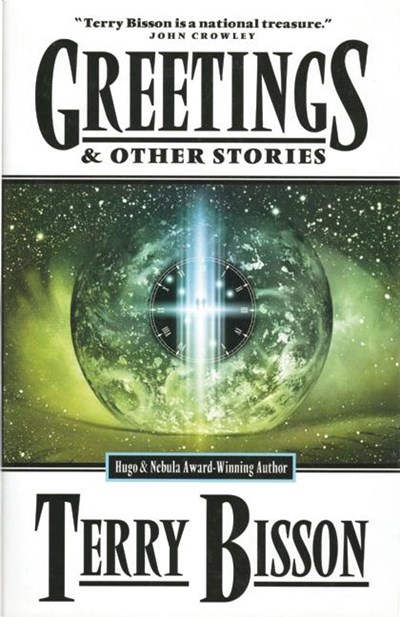 You’re about to face off with an Ashcroft van, break out from an assisted-dying facility, witness a volunteer crucifixion, endure a Neanderthal eviction, and journey to the end of time on a porch glider. Each of these ten blazingly satiric short stories will leave you exhausted, outraged, and eager for the next ride. Often compared to Neil Gaiman, Jonathan Lethem, and James Morrow, Terry Bisson spins out radically irreverent tales.

Terry Bisson is the author of Talking Man, Fire on the Mountain, The Pickup Artist, and Any Day Now. He has won the Hugo, Nebula, Sturgeon, and Grand Prix de l’Imaginaire awards. He is best known for his short fiction, which has been collected in Bears Discover Fire, In the Upper Room, Greetings, and TVA Baby. Terry is the editor of the Outspoken Authors Series published by PM Press. In conjunction with Tachyon Publications, Bisson hosts the monthly SF in SF reading series in San Francisco.