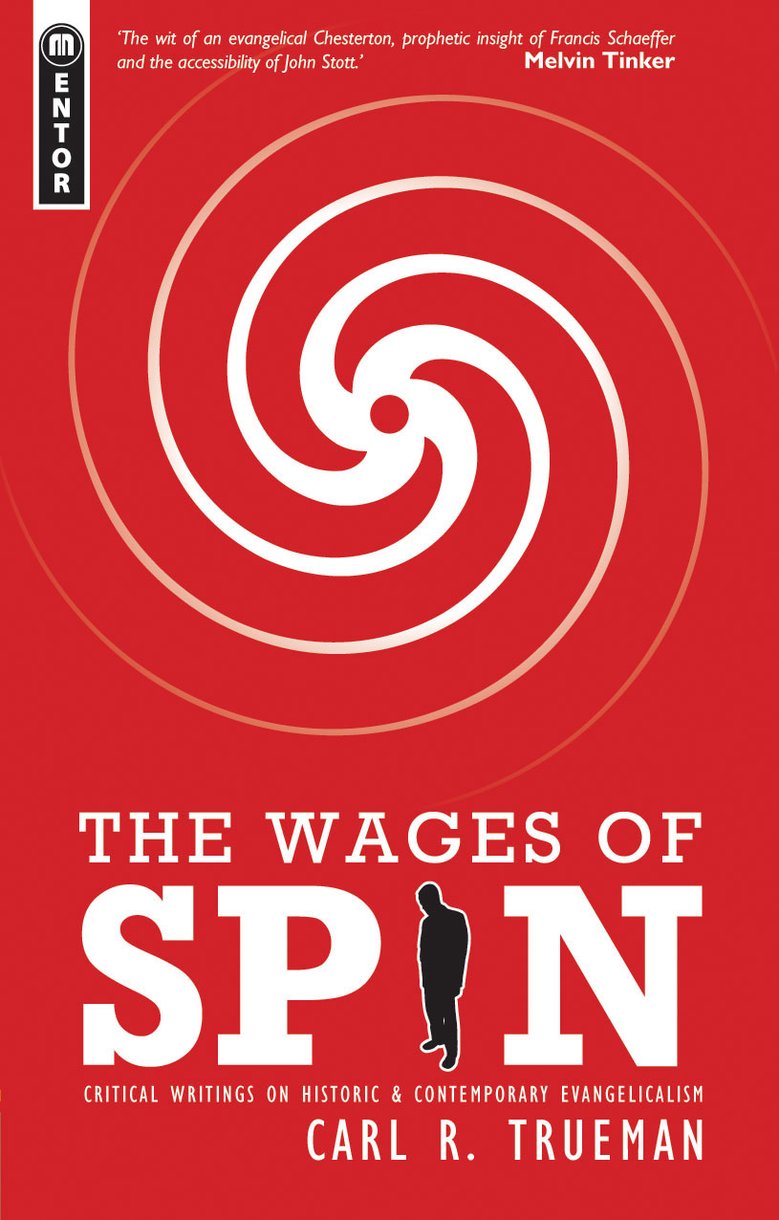 The Wages of Spin

Do you have an opinion? There is an increasing tendency in Evangelical circles to regard disagreement in our allegedly post-modern world as inherently oppressive. Too many people sit on the fence and ignore, or are unaware of, the fact that Christianity is an historical religion. As Laurence Peter once said "History repeats itself because nobody listens." The point of having a debate is not to have a debate and then agree to differ (sitting around in a mutually affirming love-fest) - the point of debate, as the Apostle Paul clearly demonstrates time and again in the book of Acts, is to establish which position is best.
Carl Trueman's intends to provoke you with this collection of essays into thinking for yourself and to have an opinion on THINGS THAT MATTER!
You can listen to the author as he speaks about this book here on "Pilgrim radio".

Carl Trueman is Professor of Biblical and Religious Studies at Grove City College, Pennsylvania. He was previously Paul Woolley Professor of Historical Theology and Church History at Westminster Theological Seminary, Philadelphia, Pennsylvania. He has contributed to the Dictionary of Historical Theology, the Dictionary of National Biography, The Cambridge Companion to Reformation Theology and the Blackwell Companion to Modern Theology.