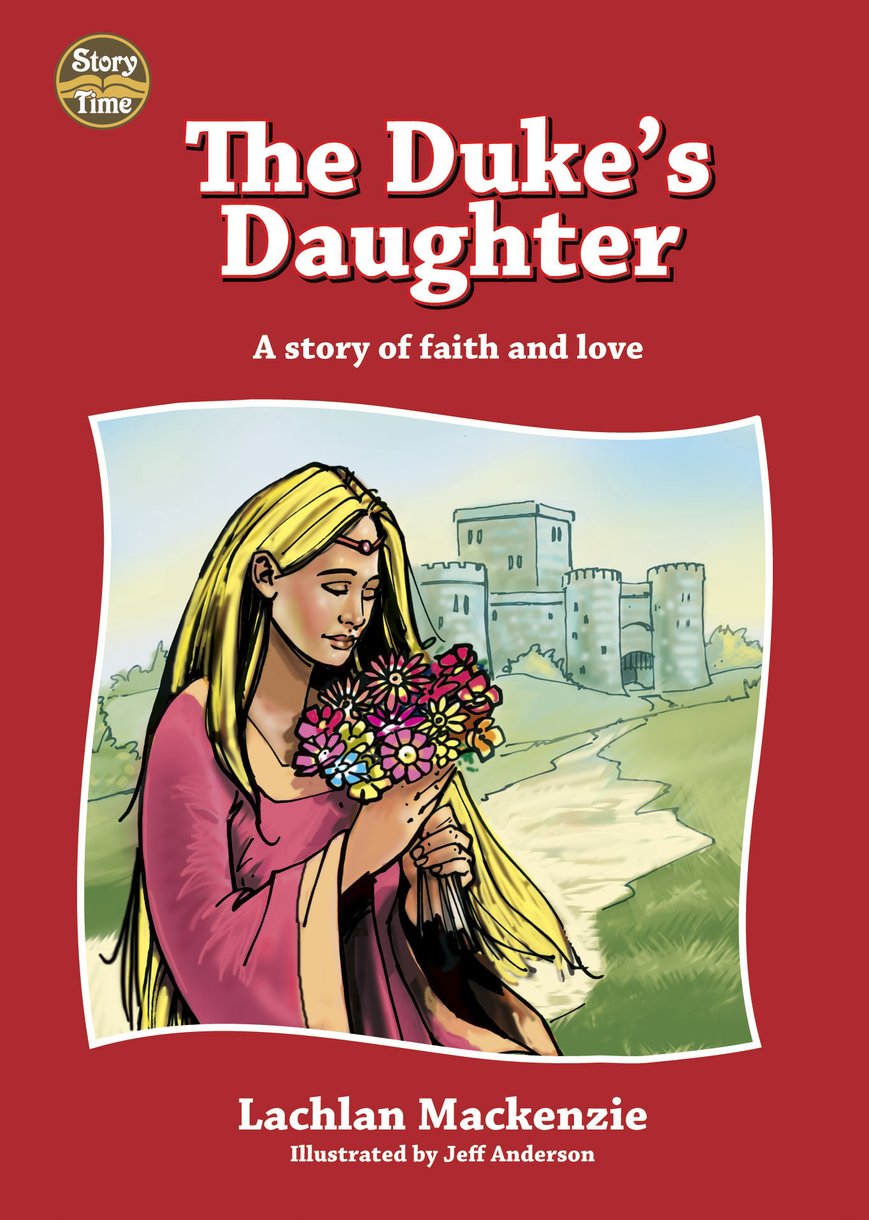 The Duke’s Daughter has come of age and to celebrate a grand ball has been arranged. All the eligible noblemen from far and near will be invited in order for the young woman to choose a suitable husband.

But as the final preparations take place, a beggar appears at the door and asks the Duke’s Daughter to marry him. To everyone’s surprise she agrees. The beggar leaves after promising to come back in a year’s time to claim her as his bride. Neither her father’s tears nor her friends’ pleas will persuade the young woman to marry another.

Will the beggar return? Will the Duke’s Daughter marry a beggar man? What will happen in a year’s time – will there be a marriage or a broken heart?

This is a classic story of love, but not romantic love. It is really a story of the love of Christ, written by one of last century’s preachers.

Lachlan Mackenzie was minister of Lochcarron, Scotland. Although he was a faithful preacher & respected among his parishioners, he was a colourful character of whom there are many stories told. On arrival as minister of Lochcarron it is told that he & an elder were wont to drag people to the church & then lock them in & look for more people to drag in until there were enough of a congregation to have a service! (He died in 1819 in his 66th year & his 38th year of ministry)