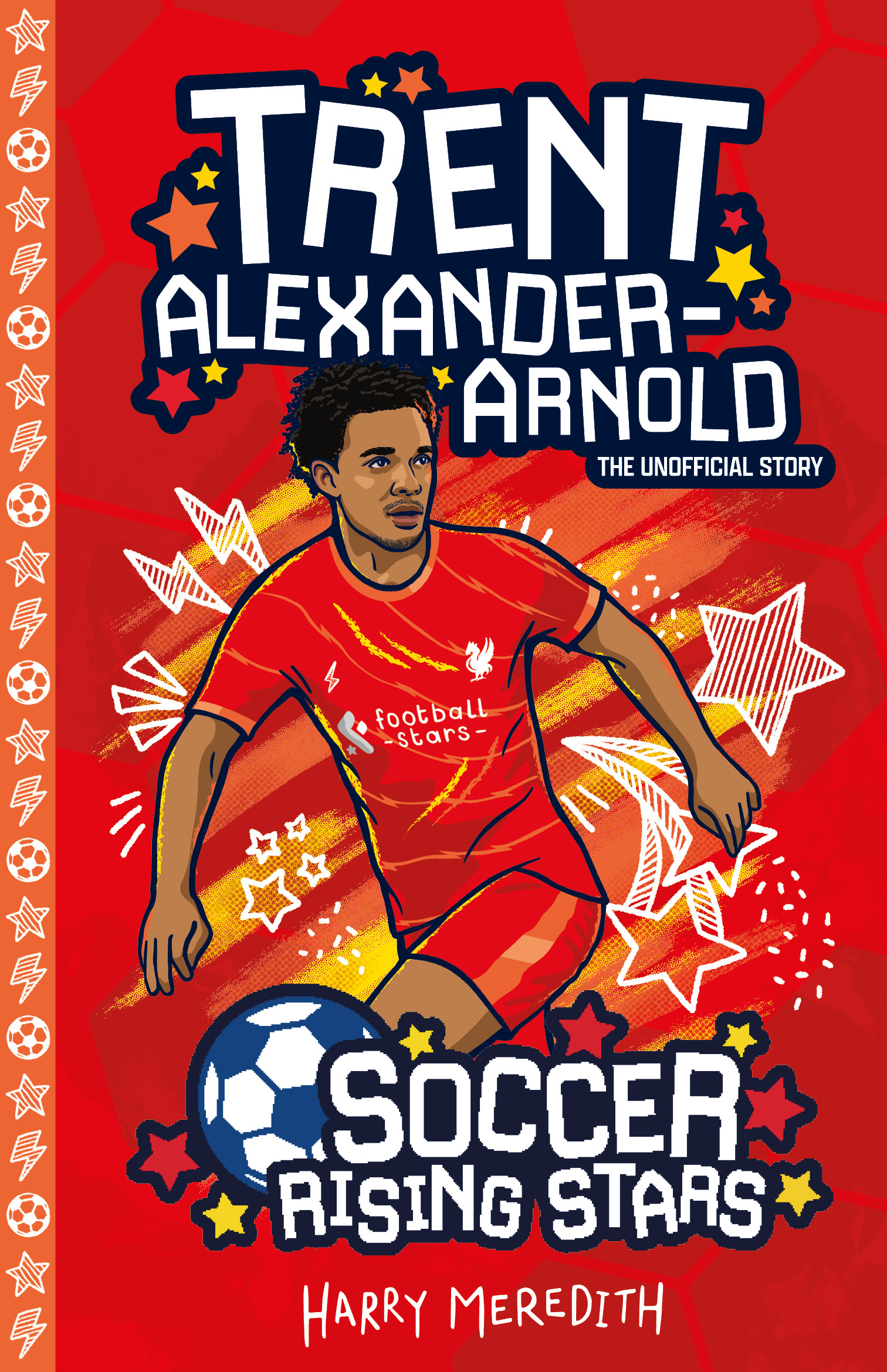 Dive into the inspiring stories of the world's biggest soccer stars - loved by millions of young fans around the world in championship football, online video games, trading cards and more!

Have you ever wondered how a young Liverpool FC fan became one of their top players?

Trent Alexander-Arnold grew up gazing at the gates of Liverpool FC’s Anfield stadium, and came through the ranks to realise his childhood dream of wearing the famous red himself. At only 21 years old, the talented right-back was part of the team that ended Liverpool’s 30-year wait for the Premier League title. But with so much still to come, including opportunities on the international stage, Alexander-Arnold’s highlight reel is sure to grow.

About the Soccer Rising Stars series:
Soccer Rising Stars dives into the incredible journeys of ten of the world’s best young players. Featuring fresh talents from England, Portugal, Norway, France, Germany and Spain, the series covers their unique rise; from playing football in the park and 5-a-sides to performing in front of capacity crowds on the biggest stage and in the biggest leagues.

What a strike! Harry Meredith writes stories for children and also works in e-commerce. He studied Creative Writing at university, where he majored in Children’s Literature and Non-Fiction. He also studied in the USA at Bennington College, Vermont. He’s a football fanatic, and when he’s not writing, working or heading out on adventures, you’ll find him watching soccer.