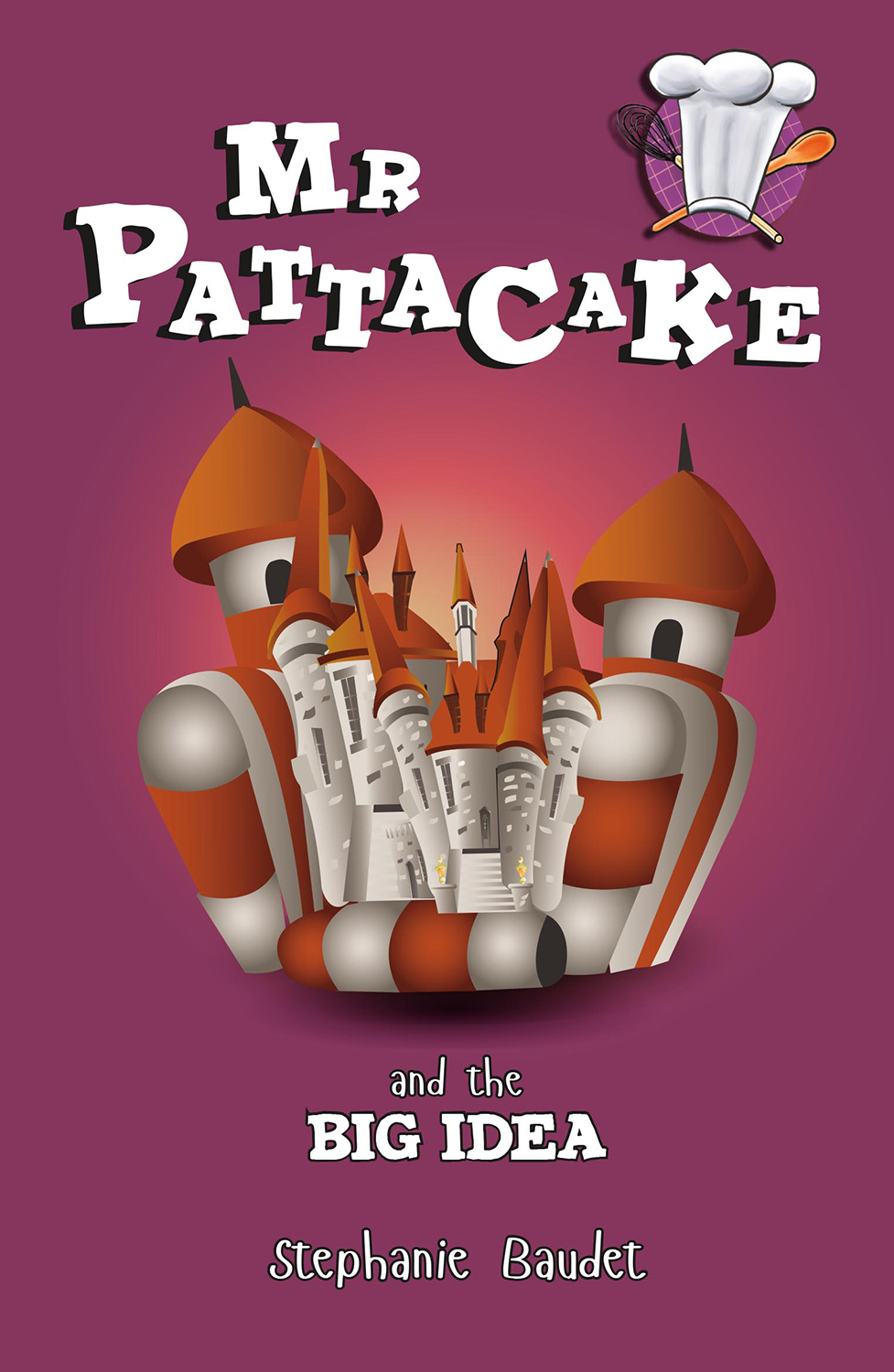 Mr Pattacake and the Big Idea

Mr Pattacake receives a cooking job for Jack's birthday party - For 100 children! (Or so he thinks.) In all his excitement he has the most extravagant plans and even makes a rolling cake with real wheels! But, when there's too much food, even for Treacle to eat, Mr Pattacake has to come up with a BIG IDEA. Will Mr Pattacake be able to save the day this time around? Join Mr Pattacake and his lazy cat, Treacle, as they fight off the bullies and stop a runaway cake.The Mr Pattacake 10 book series tells the stories of an eccentric chef and his cat, Treacle, who are always getting themselves into sticky situations. Readers aged 5+ will love following this world of food and adventure.

Stephanie Baudet ================ Stephanie was born in England before emigrating to Australia – and later New Zealand – with her family, where she trained as a nurse. Whilst back in England, she met and married her husband, had a daughter and settled down. Stephanie's first children’s book, Avalanche, was published in the 1980s. Since then, she has published around forty children's books, and an historical novella for adults.