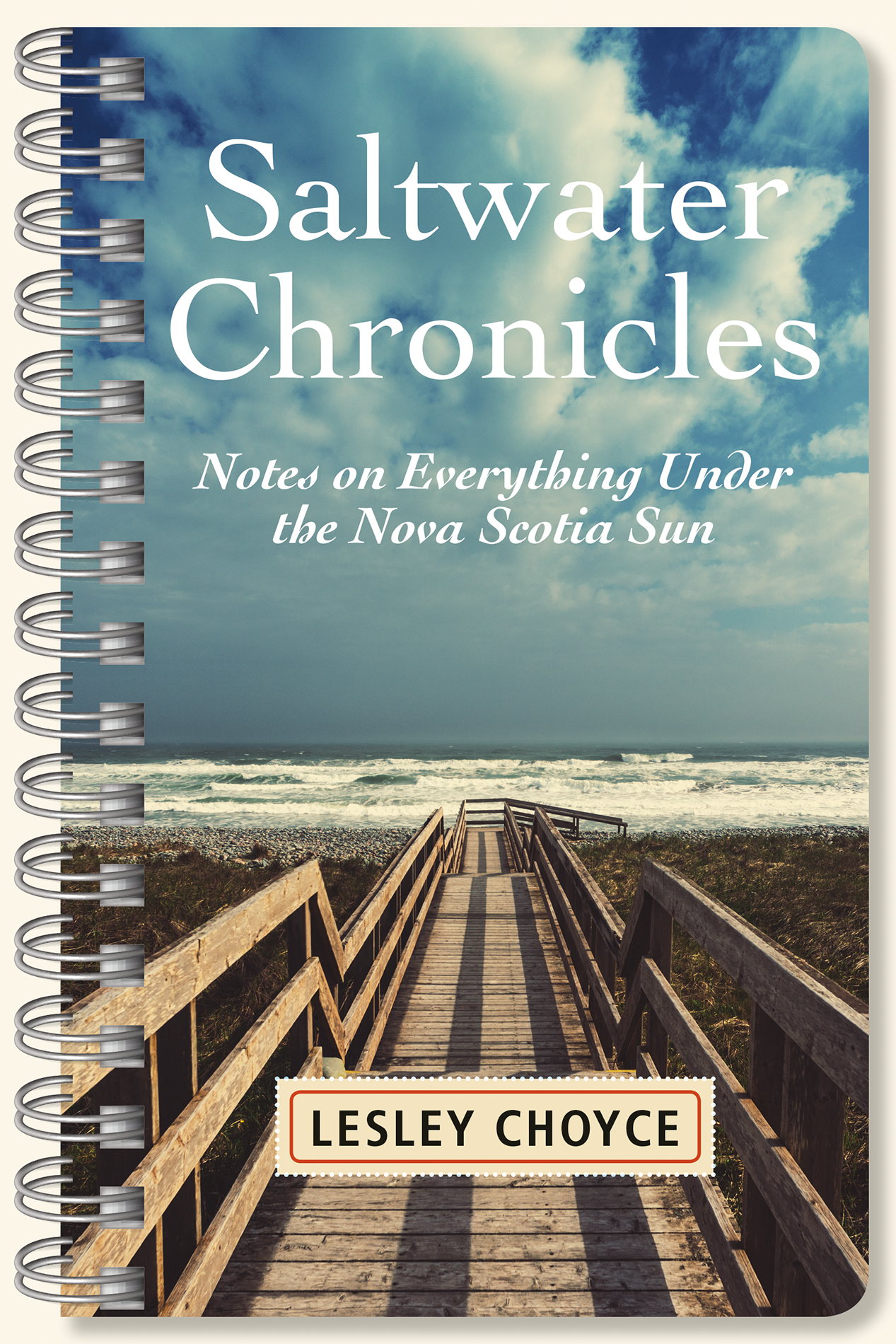 Notes on Everything Under the Nova Scotia Sun

If Lesley Choyce was not a surfer, he would not have dropped out of graduate school in Manhattan in 1978 and moved to Nova Scotia—a decision that made all the difference.

Saltwater Chronicles follows the adventures of the ambitious, idealistic, and brash young man (still alive and kicking inside Choyce) while the older man ahead beckons him forward with a mischievous grin. In many ways, this book celebrates the ordinary: the everyday disasters and discoveries that shape a life. Along the way Choyce has adapted to the crisis of becoming a respectable citizen. He has experienced the death of his father and of his family dog. He has helped guide his wife through cancer as they rode the North Atlantic waves and recorded a most human range of sorrows and joys.

In this, his one hundredth book, Lesley Choyce takes readers along as he writes about nearly everything under the sun from his home by the sea on the North Atlantic coast of Canada—all of it most ordinary and yet extraordinary at the same time.

Lesley Choyce runs Pottersfield Press and teaches at Dalhousie University. He has won The Dartmouth Book Award, The Atlantic Poetry Prize, and The Ann Connor Brimer Award and has been shortlisted for the Governor General's Award for his writing.