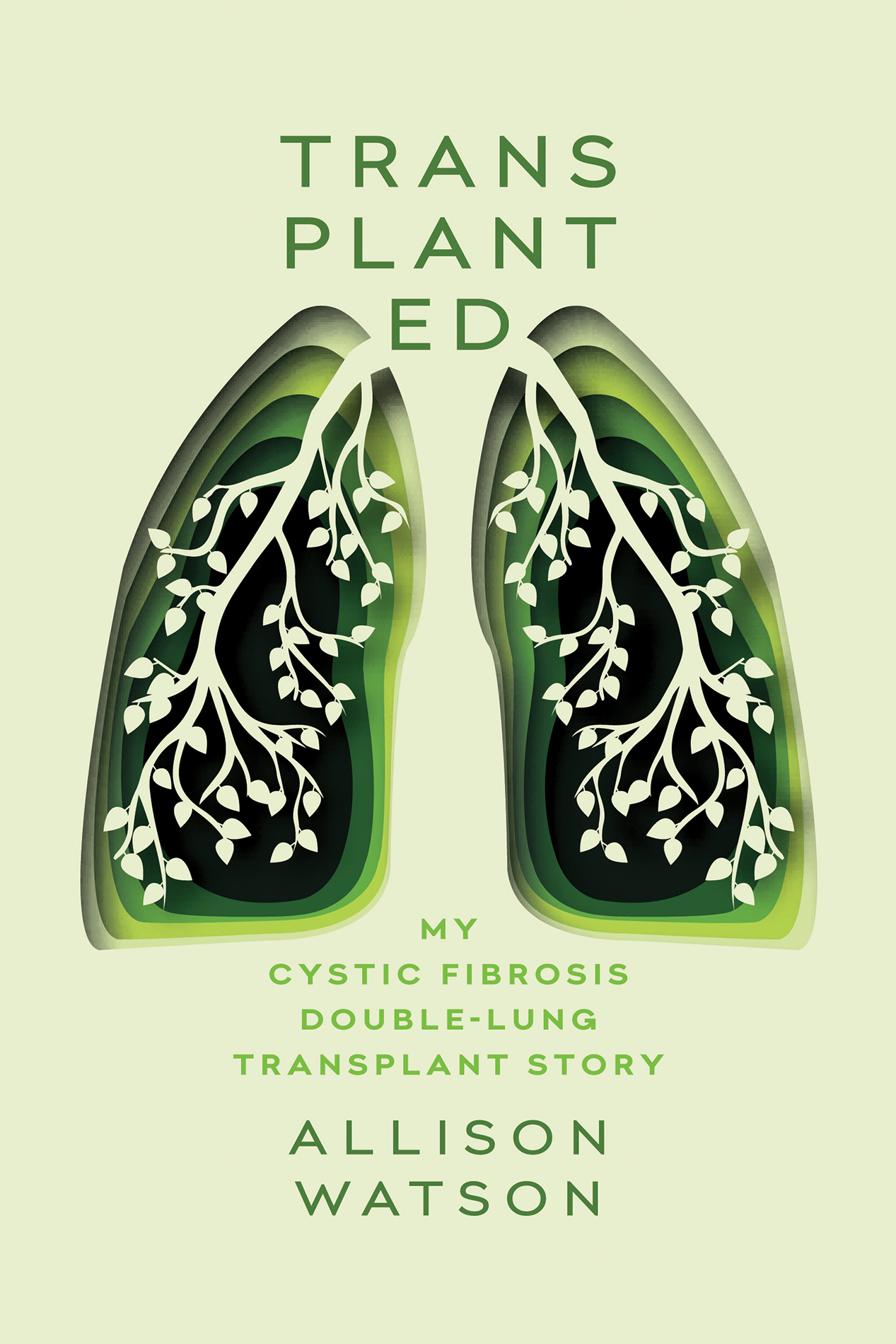 When Allison Watson awoke that day, she knew she was in a hospital bed. That's all. She had no idea how much time had passed since she had seen her family. When she tried to focus, her vision was blurry, and when she tried to wave someone down, she became so exhausted she thought she was dying. Hours later, when Watson was able to communicate, she asked a nurse if the news was good or bad. "It's good news," the nurse replied. "You had your lung transplant four days ago."

About 4,100 people in Canada have cystic fibrosis, and many are living longer today, thanks, in part, to transplants. CF mainly affects the digestive system and lungs, and there is no cure. In this candid memoir, Watson describes living with the disease and her life-altering surgery in 2014. Watson and her sister, Amy, both grew up with CF, and Allison had always believed that Amy would be the one to get a transplant first. The decision to undergo surgery was not easy. Nor was the road to full recovery. In this book, Watson, who cycled across Canada with her brother in 2008 to raise awareness of CF, describes her journey.

Allison Watson believes in living every day to the fullest. Raised in Petitcodiac, New Brunswick, she had an active childhood despite daily treatment for cystic fibrosis. In 2014, she received new lungs in Toronto. As a side effect, she was diagnosed with post-transplant lymphoproliferative disorder. After intensive chemotherapy, she is now cancer free and is again able to physically do the things she enjoys. Allison Watson lives in Springhill, Nova Scotia.