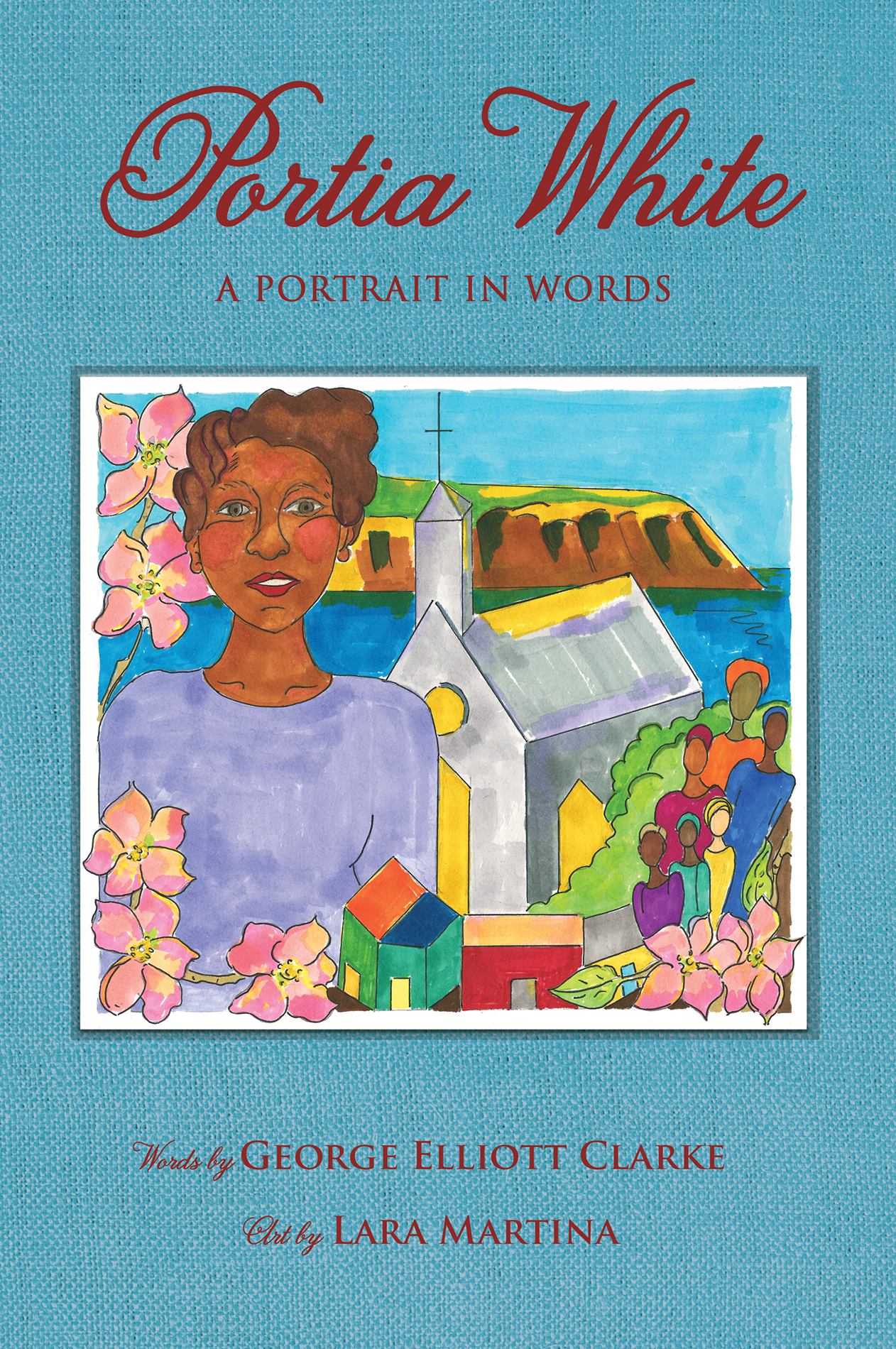 A Portrait in Words

I take
Liberties—poetic—and take
License to relate her story
In her voice, to tell History
Who she was—as I hear her say
Or sing.
[...]
But still you will come face-to-face
With a "Portia," whose life outshines
All brilliance this black ink divines....

In his unique brand of spoken word, Africadian poetry, the incomparable George Elliott Clarke explores a personal subject: his great-aunt Portia White. The result is a stirring, epic poem vibrating with energy and music that spans White's birth in 1911, a coming of age amidst the backdrop of two World Wars, and her life-long love affair with music—from singing in to directing the Cornwallis Street Baptist Church choir to her bel canto tutlege at the Halifax Conservatory of Music to her final, command performance before Her Majesty Queen Elizabeth II in 1964.

Dr. George Elliott Clarke, O.C., O.N.S., F.R.C.G.S., Ph.D., is a native of Windsor, Nova Scotia, and was the Poet Laureate of Toronto, Ontario (2012-2015), where he teaches African-Canadian literature at the University of Toronto. His prize-winning books comprise poetry—Whylah Falls (1990), Execution Poems (2000), and Blues and Bliss (2008)—and a novel, George & Rue (2004). Also the Parliamentary Poet Laureate of Canada (2016 & 2017), Clarke authored Lasso the Wind: Aurelia's Verses and Other Poems (2013), with award-winning illustrations by Susan Tooke. A grand-nephew to Portia White, Clarke became, in 1998, the inaugural recipient of the Government of Nova Scotia's prestigious Portia White Prize for Artistic Achievement.

Lara Martina is one of Nova Scotia's contemporary landscape artists, a writer, and illustrator. A Canadian of Mi'kmaw, French, and Italian heritage, she divides her time between Italy and Canada. Born in Chicopee Falls, Massachusetts in 1955, Martina was educated at NSCAD University, Mount Saint Vincent University, and The European Graduate School. Martina's research interests include diaspora subjects of eastern Canada; space and time; issues of culture and identity; culture and tradition; history and landscape, and interpretation of cultural identity. Her work, both narrative and landscape, can be found in collections in North America and Europe.