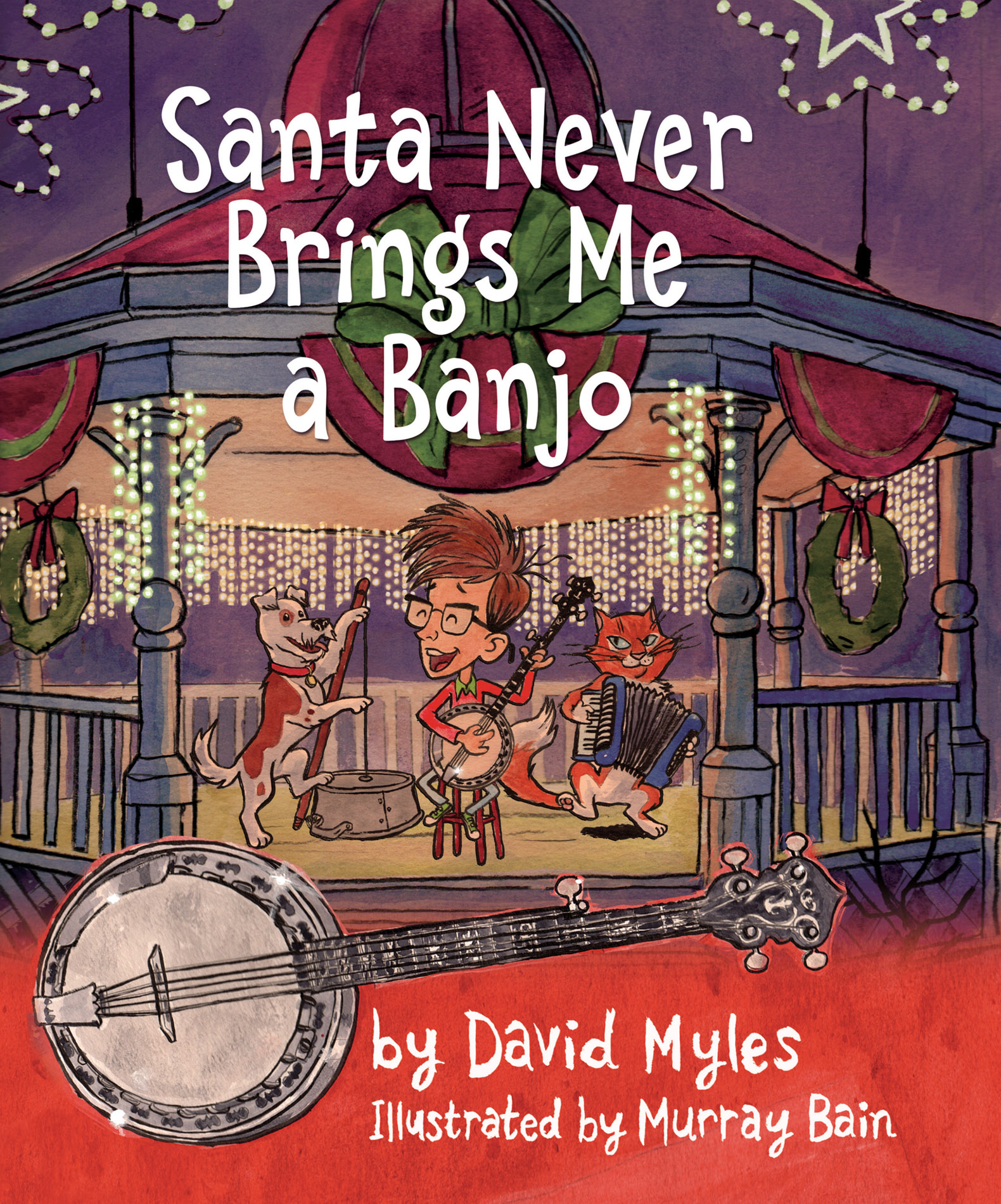 Santa Never Brings Me A Banjo

Santa never brings me a banjo
And I can never understand why
Every Christmas Eve I see it in my dreams
But every Christmas morning I cry...

The celebrated holiday song from multi-talented and multiple-award-winning Halifax-based roots musician David Myles is now available as a bright and fun children's picture book. Young David writes frantic letters to Santa every year, requesting a banjo, but to no avail: "How does he miss / the one thing on my list / in the letter that I sent to him?" Follow the ups and downs of the holiday season with David, his furry friends, and his family, as he pines for his most-wished-for holiday gift.

Featuring illustrations from the animation studio that created the song's well-loved music video, a special holiday message from David Myles, and original sheet music for those who wish to play along, Santa Never Brings Me A Banjo is sure to inspire many a holiday singalong.

David Myles was born and raised in Fredericton, New Brunswick. When Santa didn't bring him a banjo, he picked up the trumpet instead and could often be found making music with his three older brothers. With a political science degree to his credit, David was on his way to law school when he was snatched from the jaws of a conventional career by the lure of music. Eleven records, numerous awards and dozens of tours later, David is excited to have his first book published.

Murray Bain has been a television animation artist for twenty years. He has worked on such projects as Little Bear, Freaky Stories, and Mission Hill. Also, on animated music videos for "Weird" Al Yankovic, Nelly Furtado, and David Myles. He is co-founder and vice president of Copernicus Studios in Halifax, Nova Scotia, where he lives with his partner, Robyn, their son, Arlo, and two smelly dogs, Ruby and Norman.