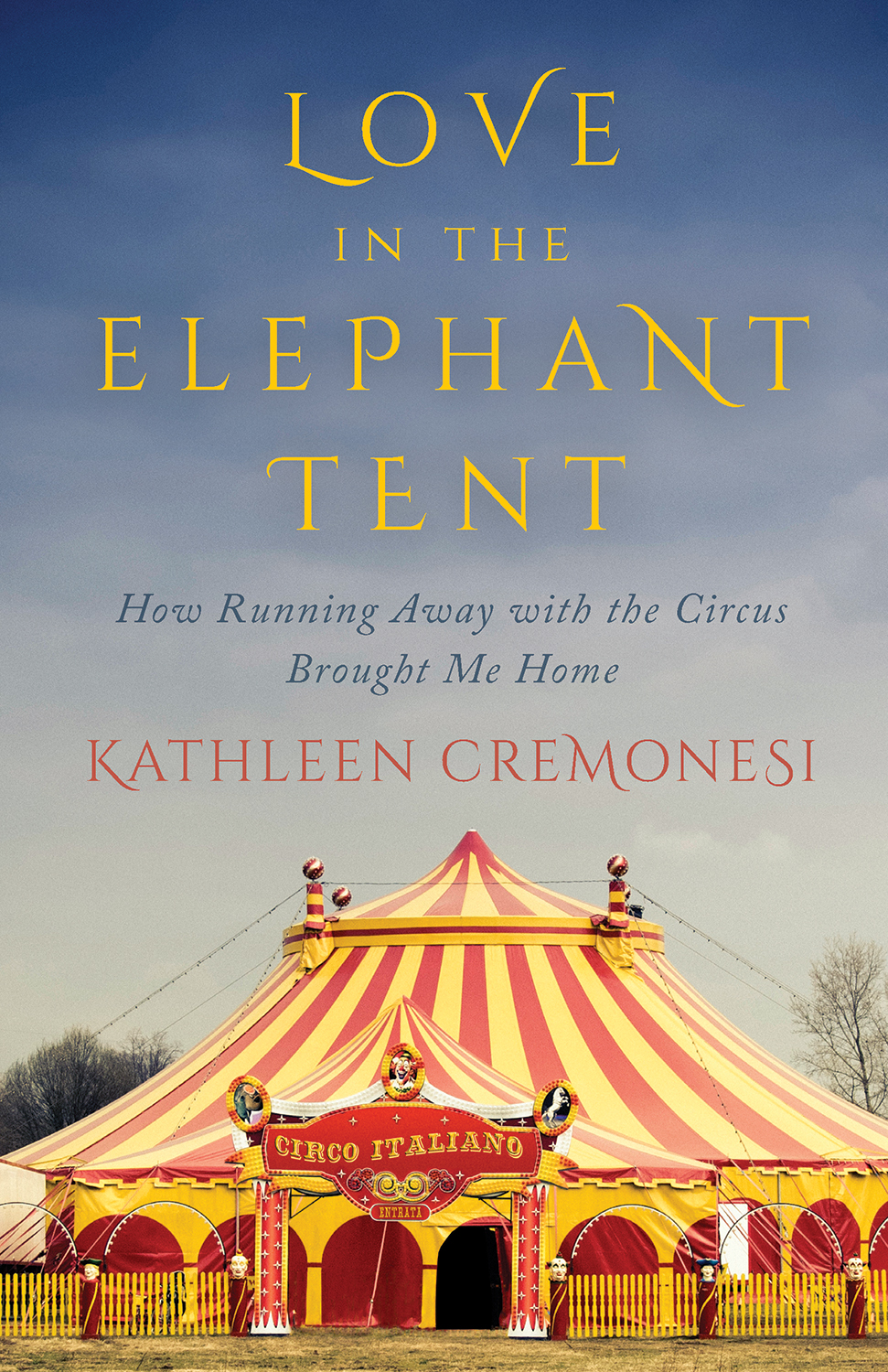 Love in the Elephant Tent

How Running Away with the Circus Brought Me Home

If you live life without a net, what happens when you fall?

Kathleen Cremonesi knew early on she wanted to be different. Determined to avoid following in her mother’s footsteps to an ill-fated marriage, Kathleen left Oregon in her early 20s to travel across Europe. On a whim, this former administrative assistant with wanderlust took a job as a dancer in an Italian circus and, working her way up, became an ostrich-riding, shark-taming showgirl.

Kathleen bonds with the exotic animals that could strike and kill at any moment, but instead bring her a peace she has never known. And when she stumbles into the arms of Stefano, the sexy elephant keeper, she finds a man who understands her wild spirit.

With thrilling prose and vivid descriptions, Kathleen takes the reader around the Mediterranean, where she discovers unexpected friends and learns how to cook, forgive, and love ? across language barriers.

Kathleen Cremonesi lives near Eugene, Oregon, with her husband and a family of cats and dogs. She had the honour of volunteering at a Thai elephant sanctuary that she still supports with charitable contributions. This is her first book.