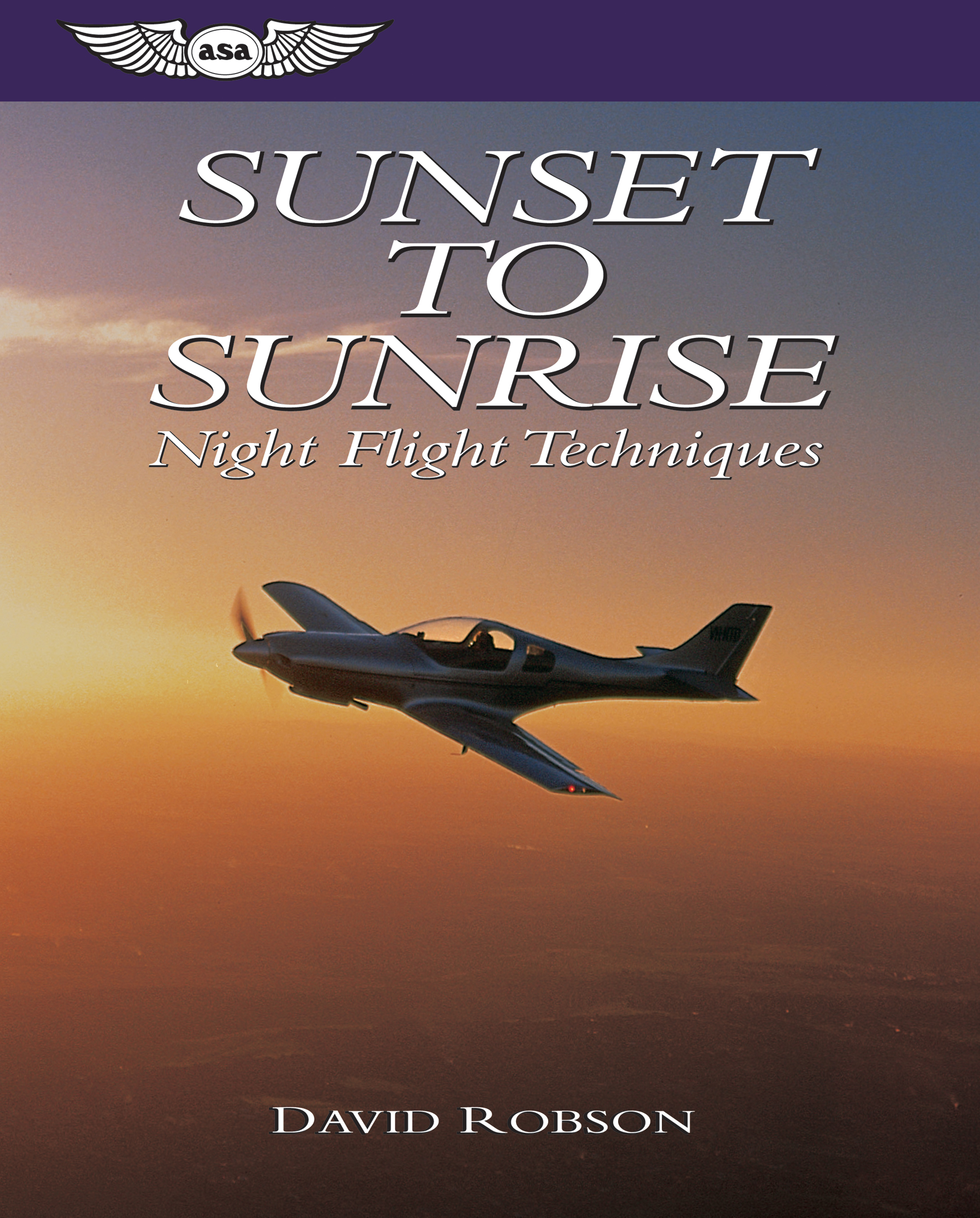 Night flight is one of the most pleasant forms of flight. Every city looks good at night. The sparkling lights, stars, moon and reflections combine to produce a spectacle many only dream about. However, night flight requires different technique, perspective, and considerations than day operations. The aircraft must be flown with reference to the flight instruments, and the outside visual references take on new importance while at the same time providing different illusions. Night flight can be a test for even the most experienced pilot.

Veteran author David Robson prepares readers for the unique considerations involved with night operations with information and practical techniques on:

Readers will come away equipped with the knowledge, skills and confidence to enjoy the night flying experience to the fullest.

David Robson is a career aviator having been nurtured on balsa wood, dope (the legal kind) and tissue paper. He made his first solo flight shortly after his seventeenth birthday, having made his first parachute jump just after his sixteenth.

He joined the Royal Australian Air Force in 1965 and served for twenty-one years as a fighter pilot and test pilot. He flew over 1,000 hours on Mirages and 500 on Sabres (F-86). He completed the Empire Test Pilots' course in England in 1972, flying everything from gliders to Lightning fighters and Argosy transport aircraft. He completed a tour in Vietnam as a forward air controller flying the USAF O-2A (Oscar Deuce). In 1972 he was a member of the Mirage formation aerobatic team, the Deltas, which celebrated the RAAF's 50th anniversary.

After retiring from the Air Force he became a civilian instructor and lecturer and spent over ten years with the Australian Aviation College, a specialized international school for airline cadet pilots. During 1986-88 he was the editor of the national safety magazine, the Aviation Safety Digest, which won the Flight Safety Foundation's international award.

David holds an ATP license and instructor's rating. His particular ambition is to see the standard of flight and ground instruction improved and for aviation instruction to be recognized as a career and be adequately rewarded.