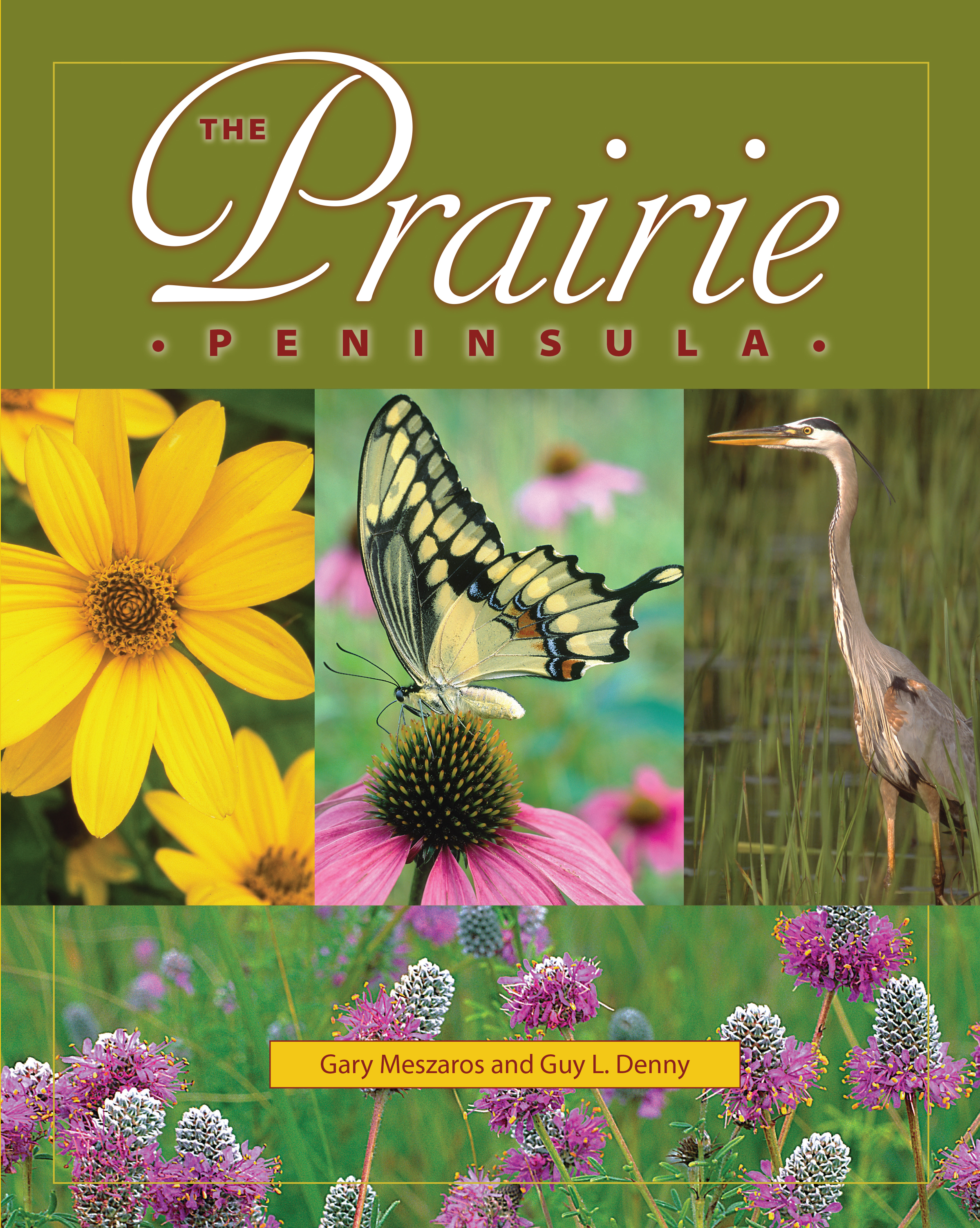 The prairie grassland biome covers the heartland of North America with an eastward extension called the Prairie Peninsula. Primarily composed of tallgrass prairie, this biome lies between the shortgrass prairies of the west and the eastern deciduous forest region and includes the states of Illinois, Indiana, southeastern Wisconsin, and Ohio.

With text by coauthors Gary Meszaros and Guy L. Denny and striking photographs by Meszaros, The Prairie Peninsula examines the many prairie types, floristic composition, and animals that are part of this ecosystem. It took only 50 years for 150 million acres of tallgrass prairie to disappear under the steel plow, transforming the Prairie Peninsula into fields of corn and wheat. Today, only a few thousand acres of this endangered ecosystem remain in small parcels, some just a few acres each. The second half of the 19th century brought the mass slaughter of prairie wildlife. By 1900, like the prairie they roamed, the plains bison, gray wolf, and eastern elk became extirpated east of the Mississippi River.

The Prairie Peninsula also tells the story of the early settlers and the hardships they endured. Thousands died of milk sickness and malaria, with prairie fires sending flames 30 feet into the air and stretched across the horizon, destroying everything in their path. Today, many of these pioneers lie buried in cemeteries comprising prairie remnants, fragments of the primeval land they tried to tame. The authors investigate these and other surviving prairie remnants and current efforts to save these traces of original North American grassland.

Both Gary Meszaros and Guy L. Denny have traveled extensively throughout the Midwest, studying the animal and floristic composition of original prairie remnants.

A photographer for more than 40 years, Gary Meszaros’s images have appeared in numerous nature magazines and textbooks. He is the coauthor of and has contributed photographs to five books published by The Kent State University Press, including Native Fishes of Ohio (2014) and Wild Ohio (2008). Guy L. Denny is a retired chief of the ODNR Division of Natural Areas and Preserves. A former director of the Ohio Biological survey, he is the current president of the Ohio Natural Areas and Preserves Association.