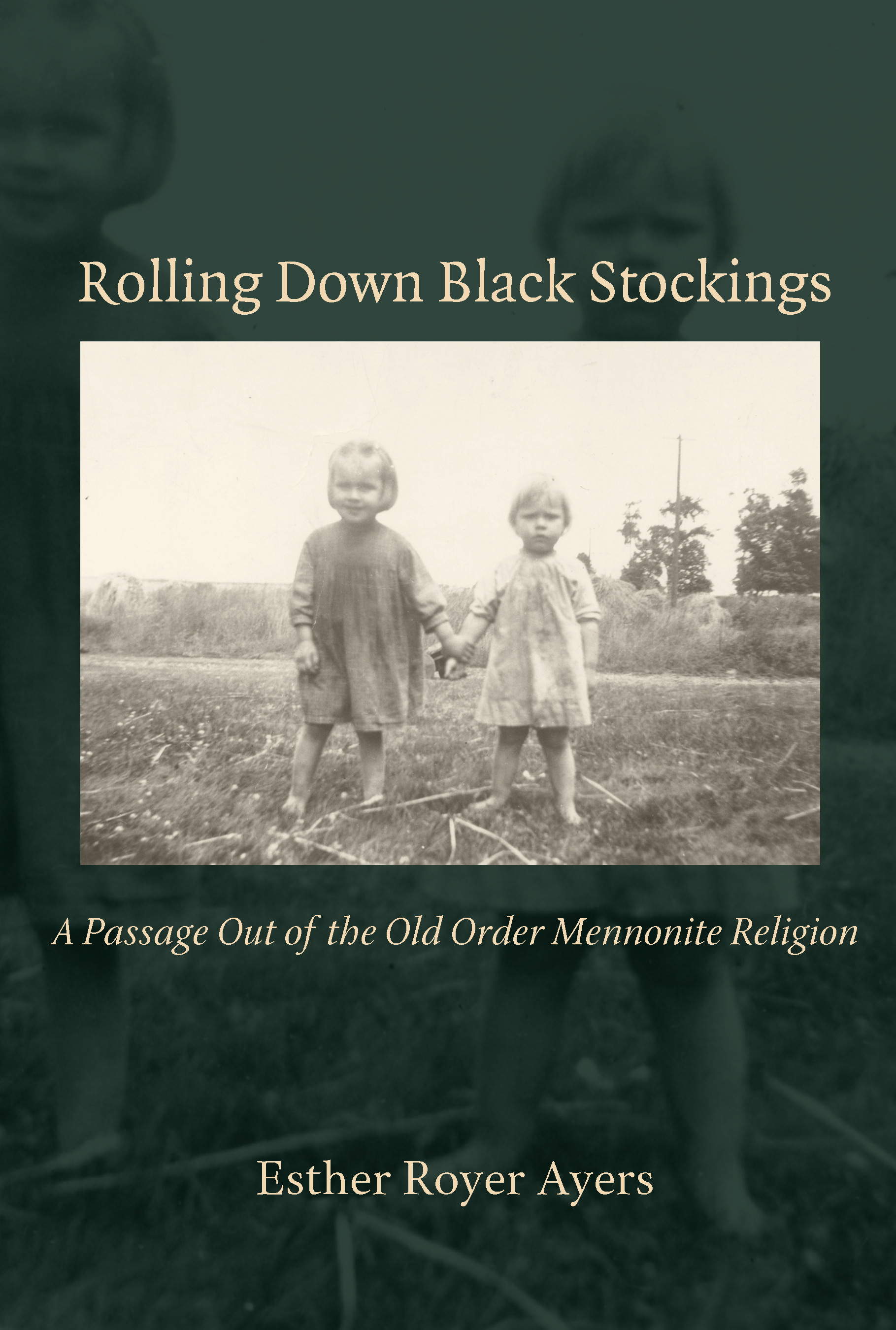 A Passage Out of the Old Order Mennonite Religion

A rare memoir of growing up Old Order Mennonite

Rolling Down Black Stockings is a personal recollection of Esther Royer Ayers’s youth spent in a highly restrictive and confined religious community. Her story is as much a search for identity and a longing for a mother’s love as it is a tale about a totalitarian culture that led to her departure from the Old Order Mennonite religion.

This poignant story is told in three books: book 1 describes her youth in a farm community on the outskirts of Columbiana, Ohio; book 2 follows the struggles of Ayers as she tries to fit in with another culture after leaving the church when her family moves to Akron, Ohio; and book 3 discusses the history and cultural dynamics of the religion.

Ayers recounts how the Old Order Mennonite Church came into existence. Her personal account begins when she was eight years old, watching as her mother took care of her sick father. With intelligence and insight, Ayers describes how her family coped with the burden of not having enough income, which meant that the children were expected to work instead of getting an education. When secular educational leaders closed the one-room schoolhouses that served her Mennonite community, Ayers relates her difficulties trying to fit in at the public school and how she and her siblings were required to fail classes so that they would be expelled. It concludes with reflections on what all this meant to her.

A rare and moving memoir, Rolling Down Black Stockings is also a valuable piece of social history that will appeal to historians as well as those interested in separatist communities and women’s studies.

Esther Royer Ayers received a B.S. in biology from the University of Arkansas at Little Rock. She has published short stories, fiction, and another nonfiction title, A Heritage That Money Can’t Buy: My Growing Up Years as an Old Order Mennonite (1998). She worked for Astra Zeneca International, a pharmaceutical company, before retiring to Hudson, Florida.