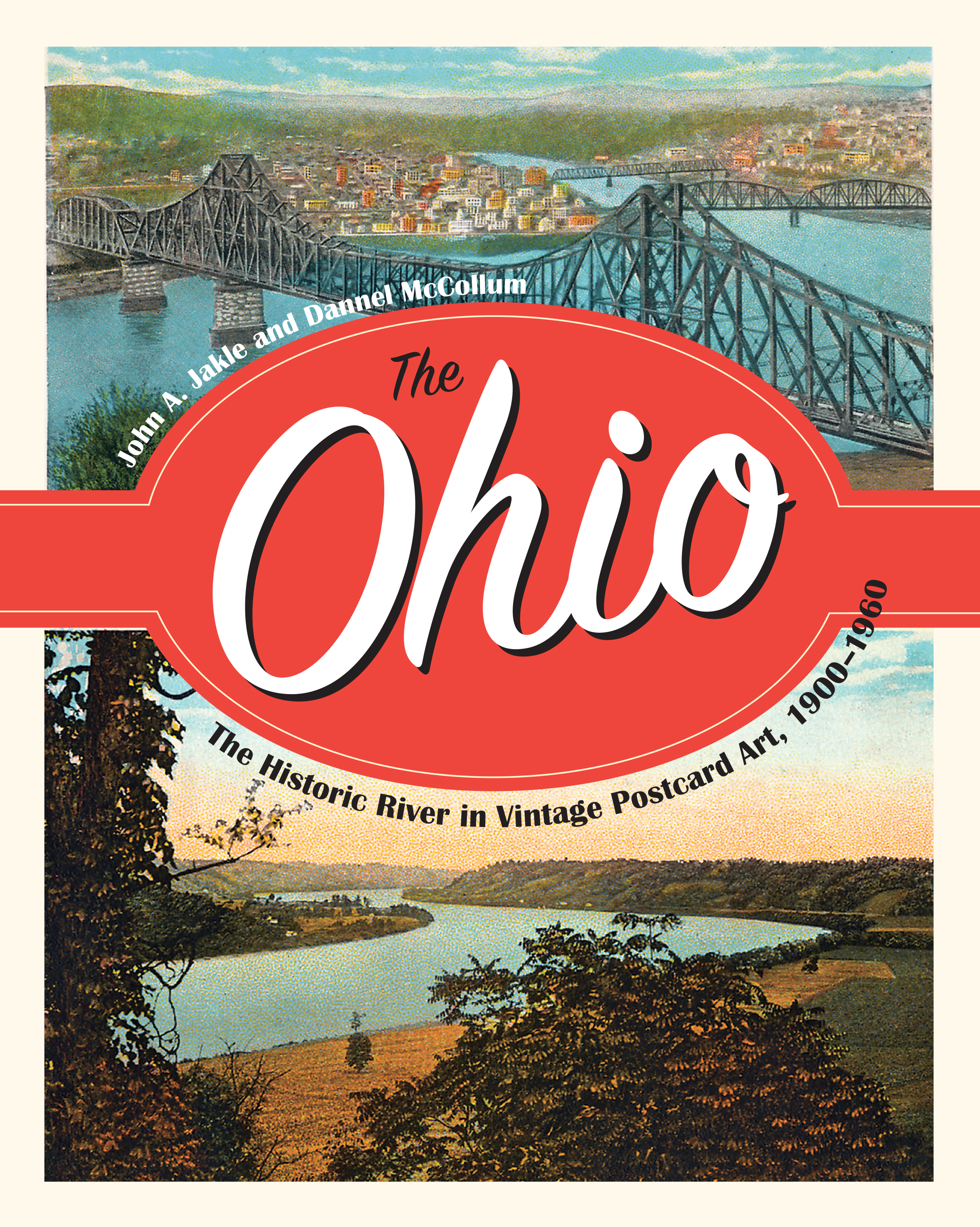 The first half of the 20th century was a period of great change along the historic Ohio River corridor. It was then that the Ohio became the most heavily engineered river in the world, facilitating its use as an artery of commerce. It was also a period of great change in transportation as different means of travel appeared along the margins of this storied waterway. And it was the era of the picture postcard, in which postcard publishing companies chose views for the public to buy and share with family and friends via the United States Postal Service.

All of these themes are woven together through a full-color display of more than 150 historic postcards that takes the reader along a 981-mile journey from the industrial colossus of Pittsburgh, past its trailing southern elements, and into the mining and agricultural areas on the way to Cincinnati, once known as Porkopolis. From there, postcards offer views of Louisville, once the tobacco capital of the United States, and through interesting but less famous places on the way to Cairo, Illinois, where the Ohio meets the "Father of Waters," the Mississippi River, on more than equal terms.

Employing this unique collection of historic postcards as both artifacts and images, authors John Jakle and Dannel McCollum effectively illustrate the importance of the Ohio River in American history.

John Jakle is professor emeritus at the University of Illinois in Urbana-Champaign, where he was on the faculty for thirty-six years, serving in the Department of Geography and Geographical Information Science and in the Department of Urban Planning. Jakle received his M.A. from Southern Illinois University and his Ph.D. from Indiana University. An active member of professional societies in geography, he also served on the committee to have the Ohio River declared a National Heritage Corridor.

Dannel McCollum is a graduate of the University of Illinois with both his undergraduate and master's degrees. He taught history, geography, and conservation in the Champaign schools. He served on the city council and then as mayor of the City of Champaign from 1987-1999. He is the author of a number of books, including A Guide to the Big Vermilion River System, Your Life and Mine, Problems and Projects in Conservation, Essays on the Historical Geography of Champaign County, The Lord Was Not on Trial, and Remembering Champaign County, and has published numerous articles on education, conservation, local history, and politics.