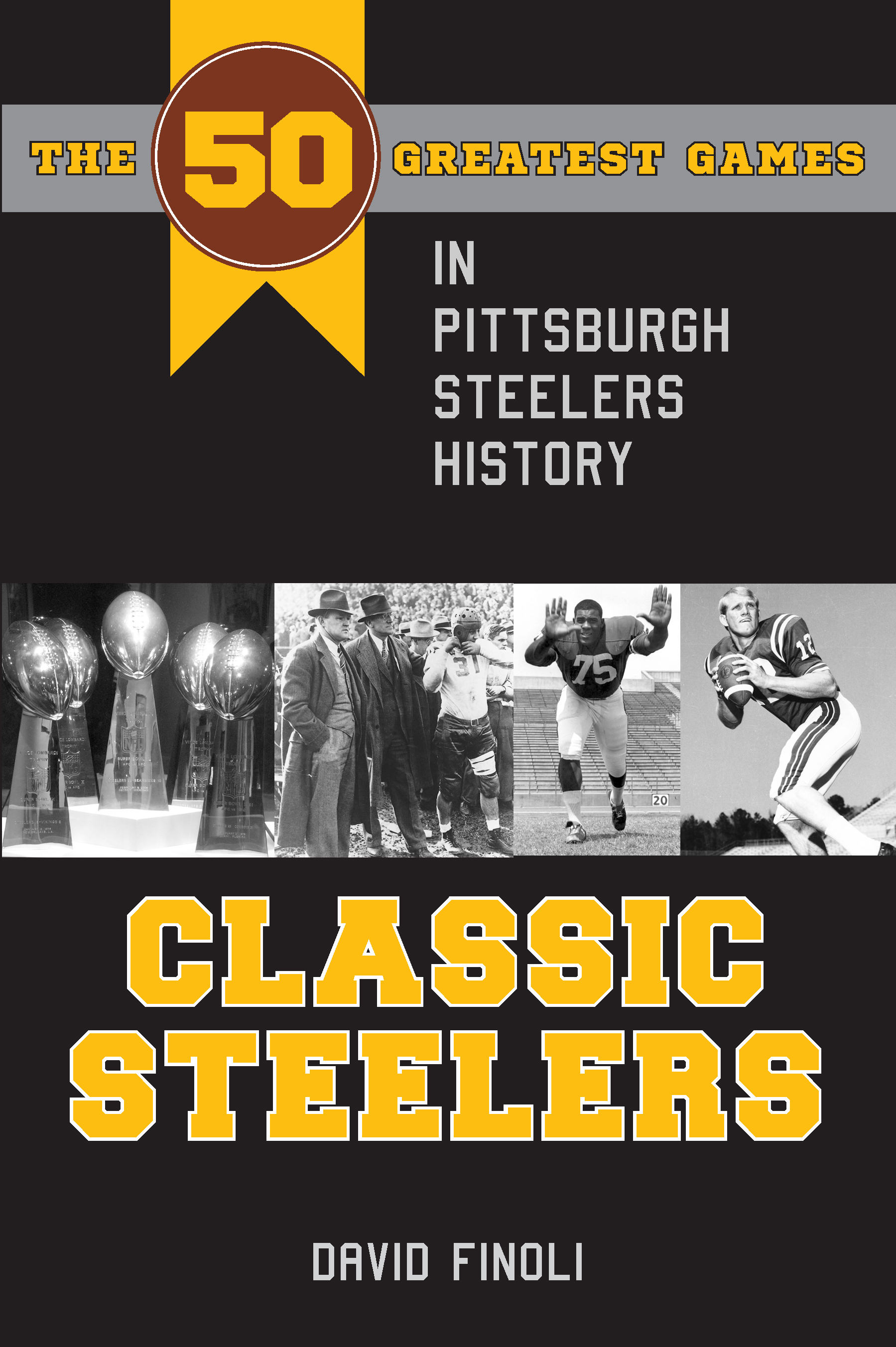 When it came to football in the 1930s, the college sport was king. But in 1933, former boxer and minor league baseball player Art Rooney, who had quarterbacked the squad at Duquesne University, purchased a team for Pittsburgh for $2,500. Thus began the legacy we know as “Steeler Nation.”

At the time, no one could have imagined that the Pirates, as they were originally named, would become a treasured possession for Pittsburghers. For the first 40 years, the franchise was a national joke. With only one playoff performance—a 21–0 defeat at the hands of the Philadelphia Eagles for the eastern division title in 1947—highlights were minimal for a team that regularly found itself at the bottom of the standings.

Then in 1969, Art Rooney’s son Dan hired Chuck Noll from the Baltimore Colts to coach his team. Noll replaced undisciplined players with future hall of famers. By 1974 the team won its first world championship and went on to capture four Super Bowl titles in six years. Noll’s legacy for excellence continued with four more Super Bowl appearances and two championships in 2005 and 2008, garnering the franchise a league record of six Super Bowl wins.

Classic Steelers includes these six championship tilts and takes citizens of the Steeler Nation on a play-by-play tour of the most memorable games in the team’s history. Author David Finoli recounts in vivid detail the thrilling gridiron performances that have made the Steelers so special to their legions of fans.

David Finoli is a historian and author from Greensburg, Pennsylvania, who has written 13 books, dealing mostly with the history of sports in Western Pennsylvania. He lives in Monroeville, Pennsylvania, with his wife and three children. He spends most of his free time living and dying with the exploits of his three favorite teams—the Steelers, the Pirates, and the Penguins. Finoli is the author of Classic Bucs: The 50 Greatest Games in Pittsburgh Pirates History (The Kent State University Press, 2013).