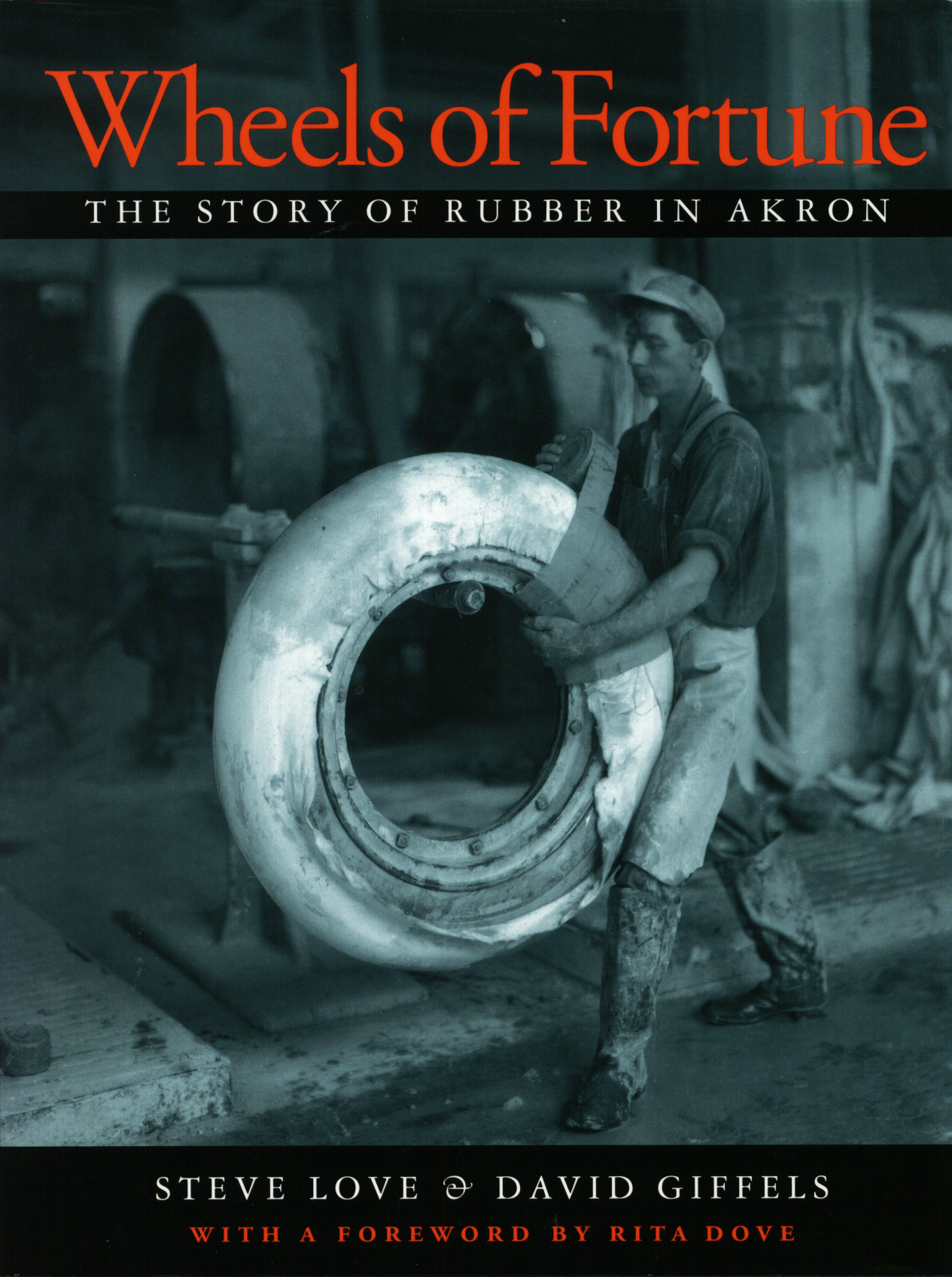 The Story of Rubber in Akron

Wheels of Fortune is the story of the rise and fall and transformation of the rubber industry in Akron, a book rich in anecdotes and photographs. This is history told by people who lived it, on the factory floors and in executive offices, their voices ringing through a narrative that has all the heroes and villains and epic sweep of a Steinbeck novel. For more than a century after Dr. Benjamin Franklin Goodrich came to town, in 1870, Akron, Ohio was the rubber capital of the world. The city prospered along with the tire factories, becoming a model for Middle America's industrial success. Its people worked in the rubber shops and lived in neighborhoods fostered by companies like Goodyear and Firestone. Even the air they breathed was heavy with the odors of rubber. But by the 1980s, most of the rubber industry had gone south, first the plants and then the company headquarters, a result of stubbornness in the union ranks, intransigence in the corporate boardrooms, and takeovers by foreign competitors. Akron began an awkward metamorphosis from a stronghold of blue-collar labor to a research and development center, finding its new identity in the broader fields of polymer science and technology.

David Giffels’ books include two memoirs -- Furnishing Eternity: A Father, a Son, a Coffin, and a Measure of Life (Scribner 2018) and All the Way Home (William Morrow/HarperCollins 2008) -- and an essay collection, The Hard Way on Purpose (Scribner 2014). He is the coauthor, with Jade Dellinger, of the rock biography Are We Not Men? We Are Devo! (SAF 2003) and, with Steve Love, Wheels of Fortune: The Story of Rubber in Akron (University of Akron Press, 1998). A former Akron Beacon Journal columnist, his writing has appeared in the New York Times Magazine, the Atlantic.com, Parade, the Wall Street Journal, Esquire.com, Grantland.com, The Iowa Review, and many other publications. He is an associate professor of English at the University of Akron, where he teaches creative nonfiction in the Northeast Ohio Master of Fine Arts Program. Steve Love is failing retirement by continuing to write after more than thirty-five years as a journalist. He is the author or coauthor of four books, including Wheels of Fortune: The Story of Rubber in Akron. He also has taught the Writing Biography class in Hiram’s Weekend College, where he received his master’s degree interdisciplinary studies when he was in his sixties. He lives in Green with his wife, Jackie, and their literary cat—Harper-Lee.