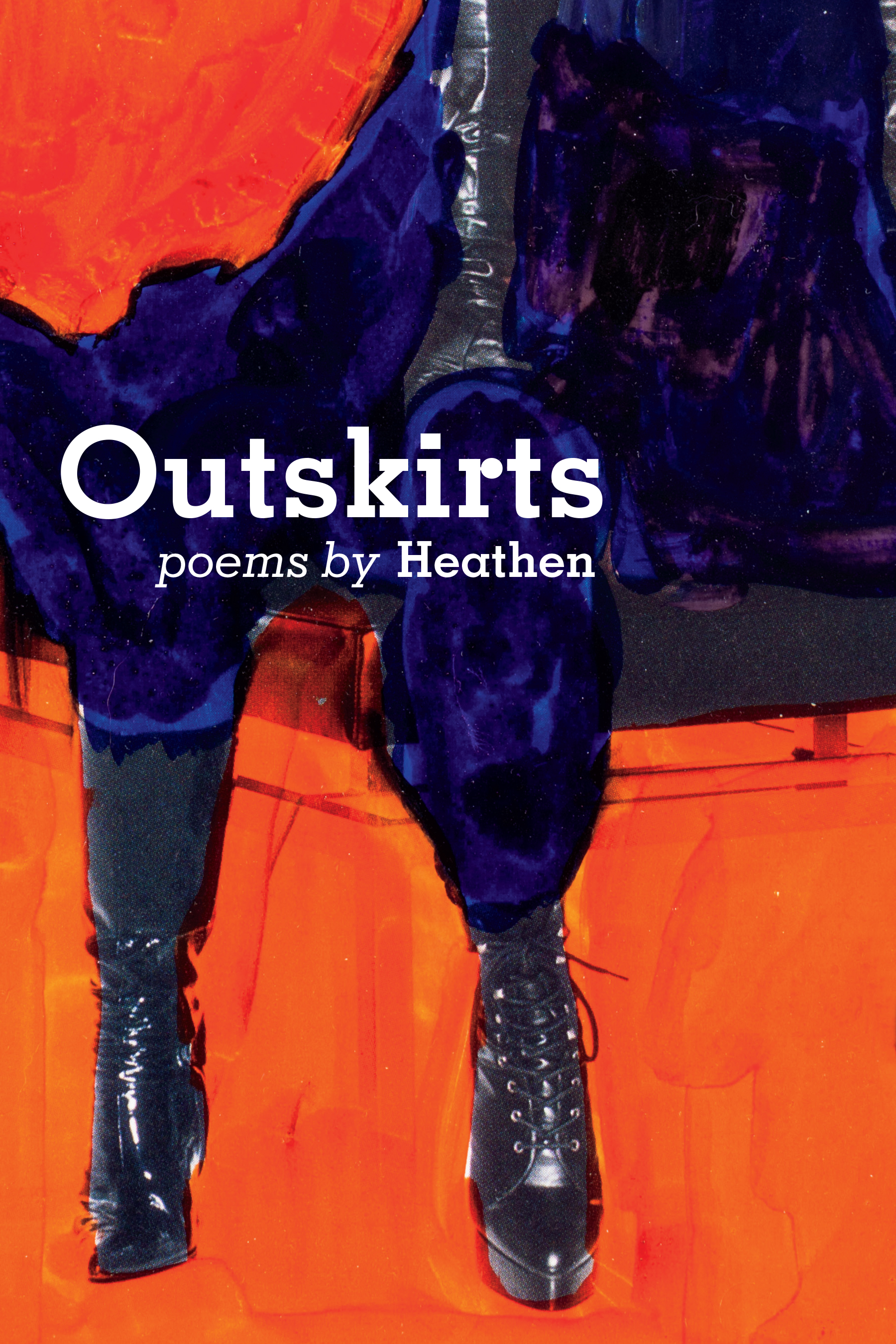 In Outskirts, Heathen continues the life-long praxis to realize Rukeyser's vision of poetry as a harnessing of human consciousness to change the world. From the lived personal experiences of the author embedded in places of war and genocide, the trauma of violence and rape known firsthand both within and outside of the delineation of conflict zones, they write in concert with fellow outcasts in communal resistance to nationalist and authoritarian impulses both in history and now on the rise around the world and in the United States. With references to punk rock, sacred texts, partizankas in Yugoslavia, painters, and other writers, Heathen summons from the ouija of a larger-than-human ecological consciousness, the connections between past and present, the self and others, (other creatures, other lives, other landscapes) living and dead, enacting this desire through a poetic language that will never cease its longing. Outskirts embodies the call to fuck the patriarchy and to never stop fighting for a better world through the enlargement of love and community beyond man-made borders.