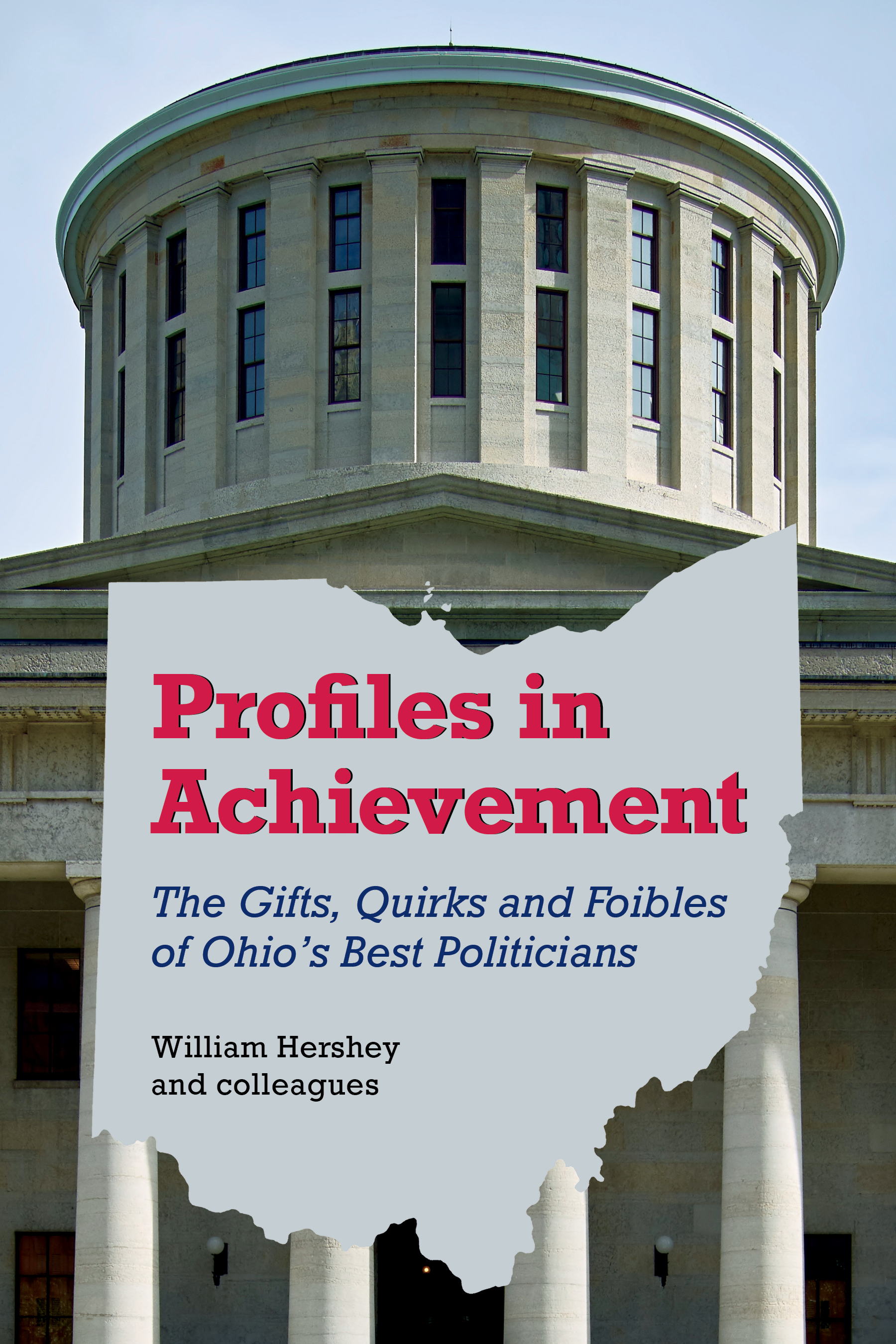 The Gifts, Quirks, and Foibles of Ohio’s Best Politicians

This collection of profiles highlights the careers of Ohio political trailblazers and high achievers covering nearly a century – from Republican Ray Bliss' humble start as an errand boy in Akron's 1931 mayoral race to Democratic U.S. Sen. Sherrod Brown and Republican Gov. Mike DeWine today. Bliss worked quietly behind the scenes as party chairman to elect mayors, governors and presidents. Democrat Howard Metzenbaum earned a reputation as a high-profile political battler in the U.S. Senate. His fellow Democrat John Glenn, already a world hero as the first American to orbit the earth, preferred a nose-to-the-grindstone approach in four U.S. Senate terms. Democrats Eddie Davis from Akron and Louis Stokes from Cleveland made history – Davis as Akron's first black city councilman and Stokes as Ohio's first black U.S. House member. Summit County's Maureen was a history-maker too. In 2010 she became the first woman elected chief justice of the Ohio Supreme Court. Akron Democrat John Seiberling, the grandson of Goodyear founder F.A. Seiberling, was a cerebral U.S. House member who could relate to rubber workers and match up intellectually with expert witnesses. Republican Jim Rhodes, a coal miner's son from southern Ohio, captured the governor's office four times with his unique earthiness. Their styles and beliefs differed but all had the discipline, patience and courage to take on challenges with no guarantees of success. They also had resilience, the ability to rebound from defeat, none more than DeWine and Brown who have become Ohio's political long-distance runners.

William Hershey spent more than 40 years reporting on Ohio government and politics at the local, state and national levels. He was the Akron Beacon Journal’s Washington correspondent and Columbus Bureau Chief for the Beacon Journal and the Dayton Daily News. He is the co-author with John C. Green of Mr. Chairman: The Life and Times of Ray C. Bliss and author of Quick & Quotable, a collection of columns he wrote as the Beacon Journal’s Washington correspondent. He was a major contributor to coverage that won a 1987 Pulitzer Prize for the Beacon Journal for reporting on Sir James Goldsmith’s attempted takeover of Goodyear Tire & Rubber Company. He holds a B.A. in history from Albion College and a M.S. from the Columbia University Graduate School of Journalism. He lives in Columbus, Ohio, with his wife Marcia.