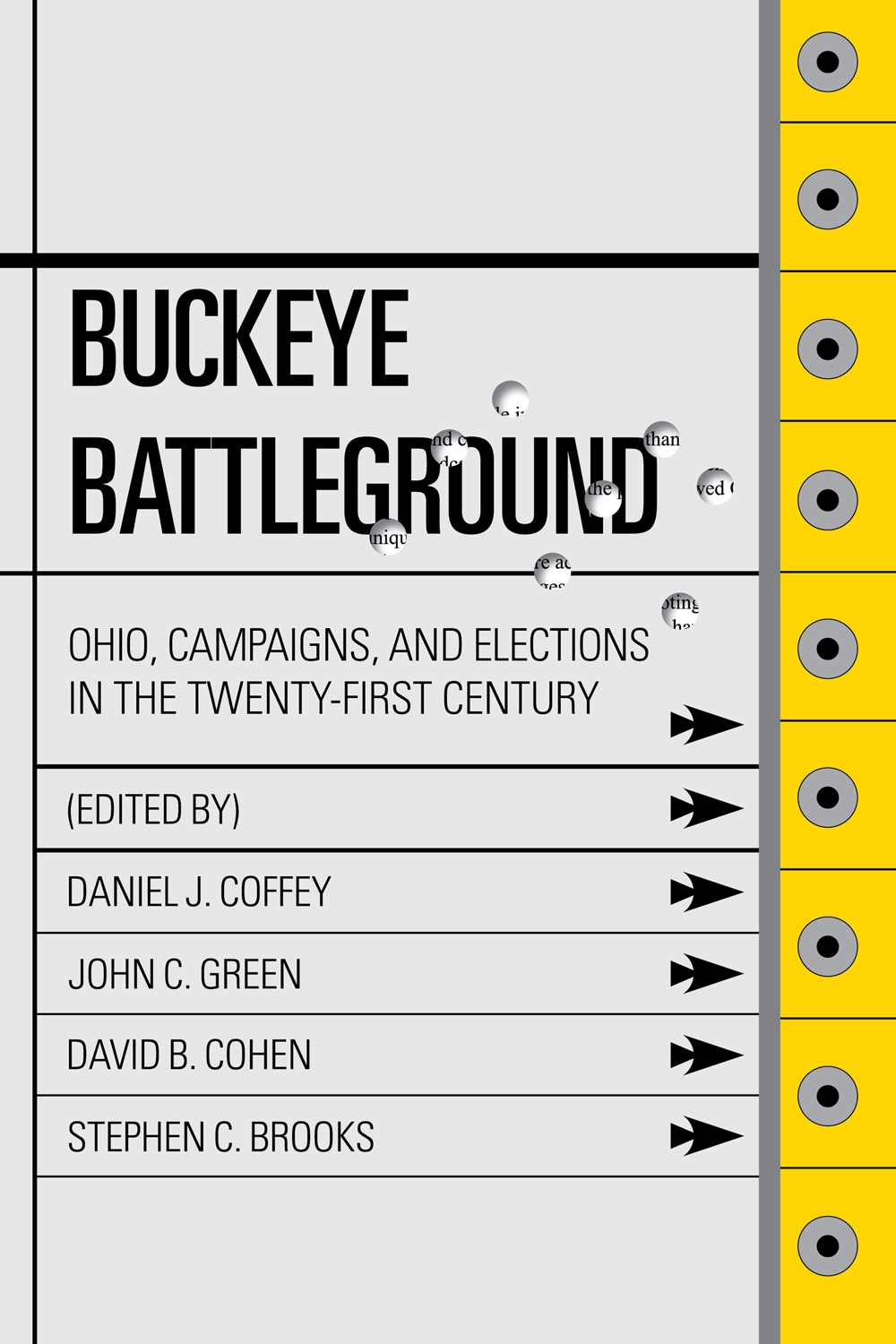 Buckeye Battleground is the result of a decade’s worth of research at the Bliss Institute on elections in Ohio, with special emphasis on the 2004 and 2008 presidential campaigns, and the 2006 gubernatorial campaign. This book seeks to explain why Ohio is, and has been, at the center of American elections. Using historical analysis, demographic data, and public opinion surveys, the authors demonstrate Ohio’s role as the quintessential "battleground" state in American elections. This title is unique in its approach and coverage.

Daniel Coffey is assistant professor of Political Science and a fellow in the Ray C. Bliss Institute of Applied Politics at The University of Akron. His areas of expertise include political parties, public opinion, state and local politics, campaigns and elections, and political methodology. His current research projects explore the formation of cultural attitudes as well studies of public opinion on emerging environmental issues, especially global climate change. He is the co-editor of The State of the Parties (5th ed.) with John Green, the Director of the Bliss Institute. He has published articles and book reviews in State Politics and Policy Quarterly, Party Politics, the Northeast Ohio Municipal Leader, and the Political Encyclopedia of U.S. States and Regions.