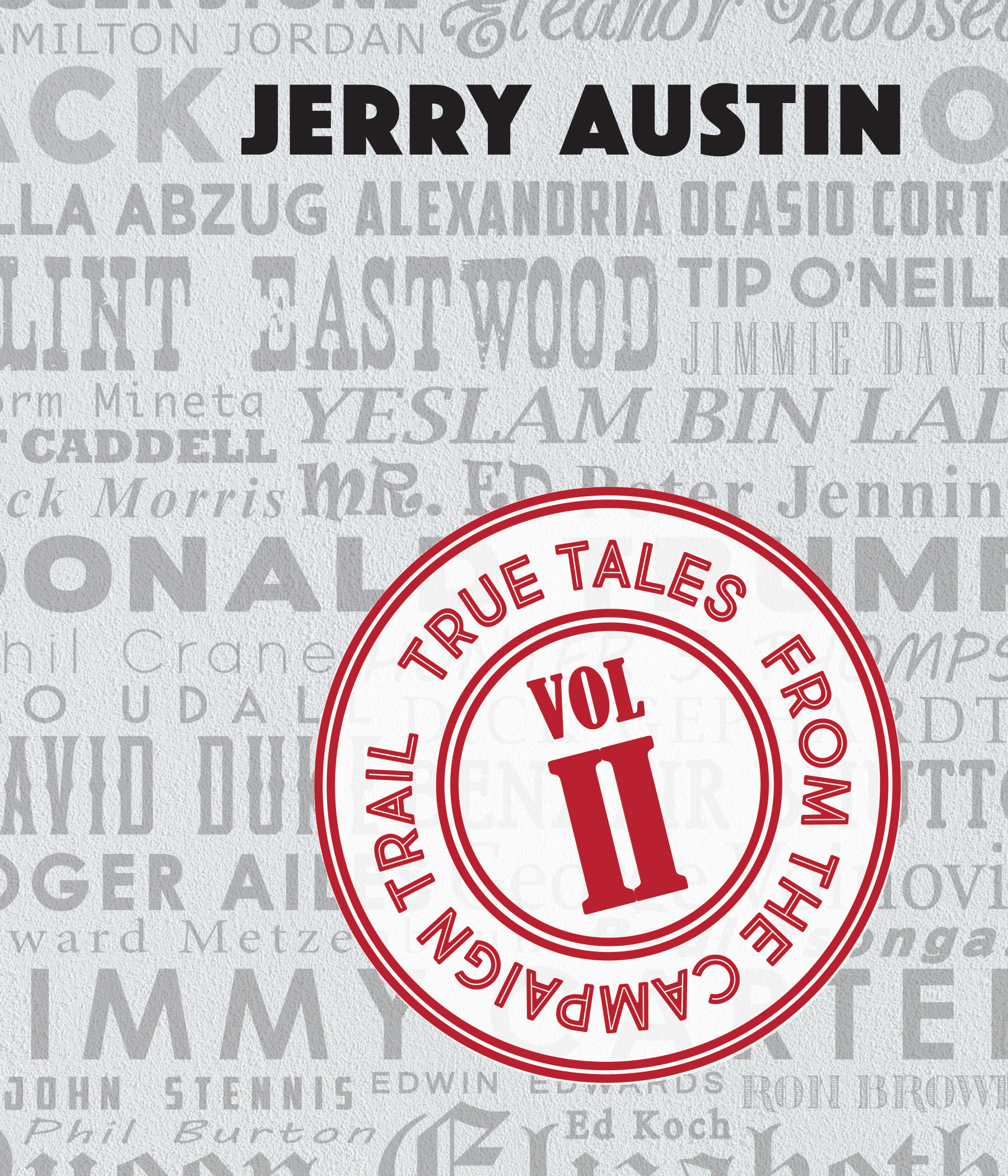 True Tales from the Campaign Trail, Volume 2 is a compilation of great campaign anecdotes from experienced political consultants, Democratic and Republican, and other great storytellers. Many of the stories are funny. Many of the stories give you a behind-the-scenes view of what happens in campaigns when the camera is off and the reporters have put down their laptops, and all of these stories are stories that only an insider could tell. Anyone with any curiosity about how political campaigns are run and won will enjoy this book.

Jerry Austin has been one of the nation’s most experienced and successful political consultants. Austin has consulted on races throughout the United States at every level from precinct committee person to President of the United States. Raised in The Bronx, Austin learned his politics in Cleveland in the late 1960s. after helping elect Richard Celeste Governor of Ohio twice, he served as campaign manager for Jesse Jackson’s 1988 presidential campaign. He was the senior political director for Senator Paul Tsongas’ campaign for President in 1992 and helped elect Paul Wellstone to the United States Senate in Minnesota. In 1992, he was the lead consultant and media advisor for Carol Mosely Braun’s historic campaign for the Unites States Senate from Illinois. His work also includes witnessing the Marcos/Acquino election in the Philippines; the Pinochet plebiscite in Chile; and many trips to Northern Ireland to consult for the SDLP party in Belfast.

Mr. Austin earned a BA in American History for the City College of New York(CCNY); a Masters in Public Administration from New York University(NYU); and a Masters in Education form the University of Akron. He has recently retired as an Adjunct Professor and the Director of the Campaign Fellows program and The Global Classroom at the University of Akron Bliss Institute of Applied Politics.