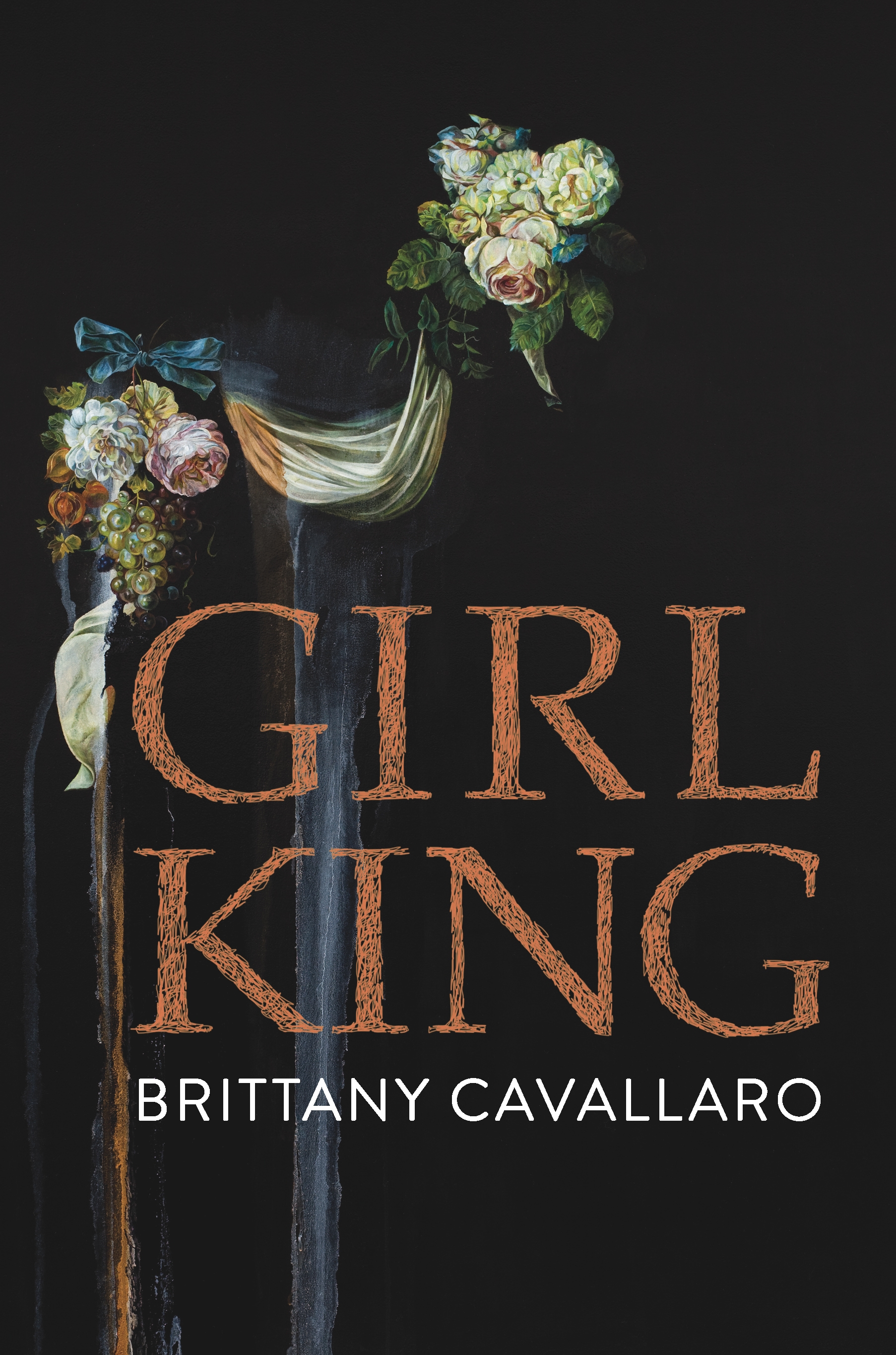 The poems in Brittany Cavallaro’s Girl-King are whispered from behind a series of masks, those of victim and aggressor, nineteenth-century madame and reluctant magician’s girl, of truck-stop Persephone and frustrated Tudor scholar. This “expanse of girls, expanding still” chase each other through history, disappearing in an Illinois cornfield only to re-emerge on the dissection table of a Scottish artist-anatomist. But these poems are not just interested in historical narrative: they peer, too, at the past’s marginalia, at its “blank pages” as well as its “scrawls and dashes.” Always, they return to “the dark, indelicate question” of power and sexuality, of who can rule the “city where no one is from.” These girls search for the connection between “alive and will stay that way,” between each dying star and the emptiness that can collapse everything.

Brittany Cavallaro’s poems have appeared in AGNI, Gettysburg Review, Tin House, the Best New Poets anthology, and elsewhere. She received her MFA from the University of Wisconsin-Madison, where she was awarded the Milofsky Prize in Creative Writing. Recently, she was the recipient of scholarships from the Bread Loaf Writers Conference, as well as fellowships from the Vermont Studio Center and the University of Wisconsin-Milwaukee, where she is currently a PhD student.