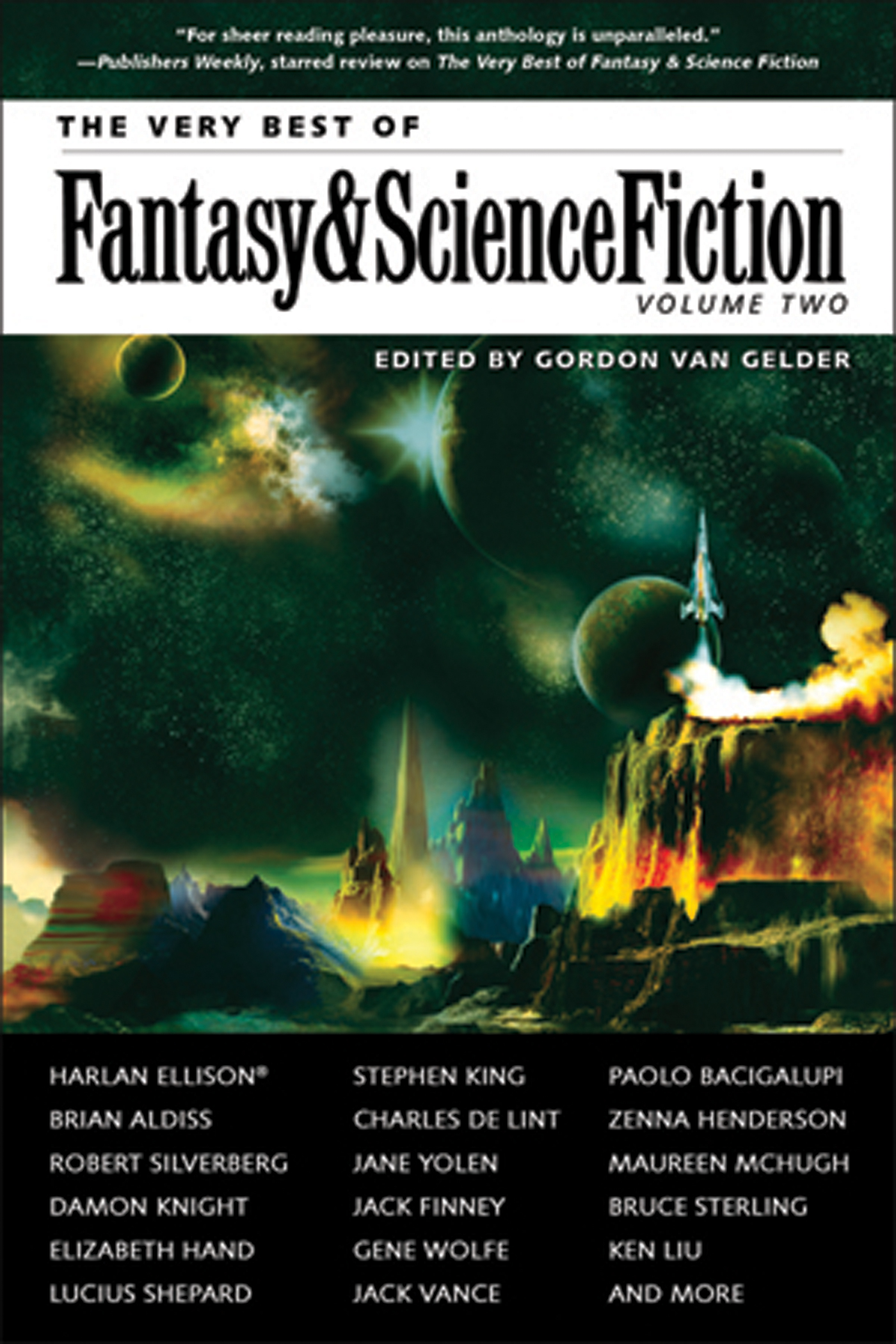 A mutant baby goes on a rampage through Central Park. An immigrant reveals secrets in the folds of a perfect gift. Lucky Cats extend their virtual paws to salute a generous revolution. The Internet invades a third-world village.

The premier speculative-fiction magazine Fantasy & Science Fiction continues to discover and showcase many of the most inventive authors writing in any genre. Now drawing even more deeply upon F&SF's impressive history, this extraordinary companion anthology expands upon sixty-five years' worth of top-notch storytelling. The Very Best of Fantasy & Science Fiction, Volume Two is a star-studded tribute to the continuing vision of F&SF.

Two-time Hugo Award winner Gordon Van Gelder has been the editor of Fantasy & Science Fiction since 1996. As an editor at St. Martin's Press for twelve years, he worked with such writers as Christopher Priest, George Pelecanos, and Kate Wilhelm. Van Gelder has also received the World Fantasy, and Locus awards. He lives Hoboken, New Jersey.

Charles de Lint is the best-selling author of more than seventy adult, YA, and children's books, including Moonheart, The Onion Girl, Widdershins, Medicine Road, and Under My Skin. He is the recipient of the World Fantasy, YALSA, Crawford, and Aurora awards. De Lint is a poet, songwriter, performer, and folklorist, and he writes a book review column for Fantasy & Science Fiction.

Stephen King is the bestselling author of more than forty novels and over 100 short stories, such as Carrie, The Dark Tower, Under the Dome, and Children of the Corn. He is the recipient of the Hugo, Shirley Jackson, Bram Stoker, British Fantasy, Horror Guild, and World Fantasy awards. King's work has been made into major motion pictures, such as The Dead Zone, Carrie, The Shining, and Misery.

Jane Yolen is an American author of close to 300 books. Her books are primarily fantasy, science fiction, folktales and children's books. Her Nebula nominated novella "The Devil's Arithmetic" was made into a movie starting Kristin Dunst and Brittany Murphy. She is also known for her Pit Dragon Quadrilogy.

Paolo Bacigalupi's debut novel The Windup Girl, took the science fiction field by storm, winning the Hugo, Nebula, Locus, Compton Crook, and John W. Campbell Memorial awards. He is also the author of the young adult novel, Ship Breaker, which won the Michael L. Printz Award and was a finalist for the National Book Award. His latest novel is The Drowned Cities, a companion novel to Ship Breaker.

Harlan Ellison has written or edited more than 75 books and more than 1,700 stories, essays, articles, and newspaper columns as well as two dozen teleplays and a dozen movies. His work includes such classics as Deathbird Stories, I, Robot, Strange Wine, Shatterday, and Angry Candy. He has won multiple Hugo, Nebula, Edgar, Stoker, Locus, and Audie awards as well as the Silver Pen, World Fantasy, British Fantasy, Bradbury, and American Mystery awards.