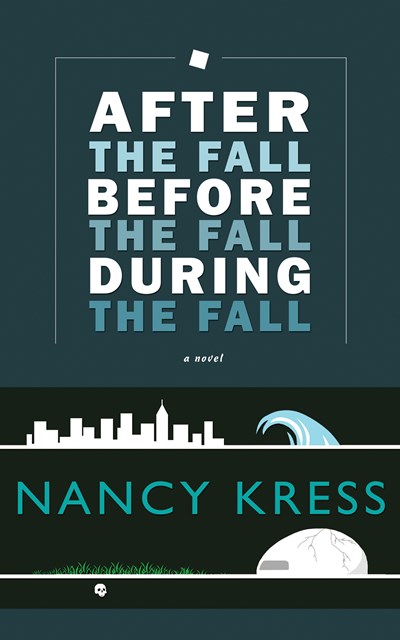 In the year 2035, all that is left of humanity lives in the Shell.

No one knows why the Tesslies attacked in 2014, devastated the environment, and nearly destroyed humanity. Or why the aliens imprisoned twenty-six survivors in a sterile enclosure built on the barren remains of the Earth.

Fifteen-year-old Pete, one of only six children born in the Shell, is determined to lead humanity to a new beginning. But Pete struggles to control his anger as, one by one, the survivors sicken and die. Although the Earth appears to be slowly healing, the Shell’s inhabitants may not live long enough to see it. The only chance for humanity lies within brief time portals. Peter and the survivors hatch a desperate plan: to increase their numbers by abducting children from the past.

In the year 2013, a brilliant CIA consultant sees a pattern in seemingly unrelated kidnappings. As Julie Kahn’s predictive algorithms reveal that the world is in imminent danger, she discovers that she may also play a role in its possible rebirth. Julie and Pete are rapidly converging in time?a chance encounter between them may be the Earth’s only hope.

Nancy Kress is the best-selling author of twenty science-fiction and fantasy novels, including Beggars in Spain, Probability Space, and Steal Across the Sky. She has also published four short-story collection and three books on the fundamentals of writing. Kress frequently explores biology and genetic engineering in her fiction, as in her acclaimed Beggars series and her bio-thriller, Dogs. She is a five-time Nebula Award winner and the recipient of two Hugos, the Sturgeon, and Campbell awards. Her fiction has been translated into nearly two dozen languages, including Klingon. She teaches at venues including the Clarion Writers' Program and as a guest professor at the University of Leipzig in Germany.