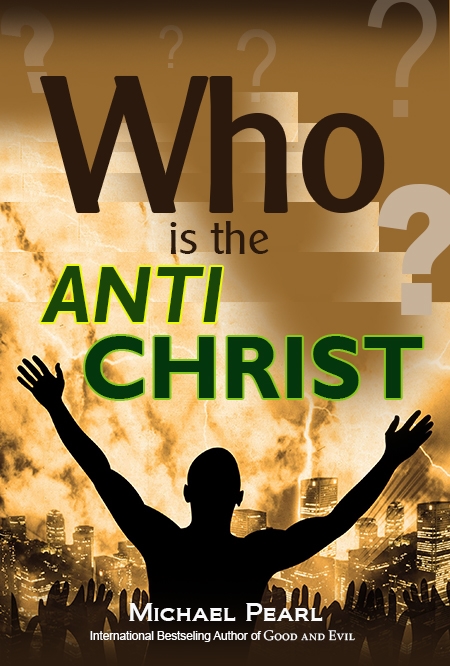 Who Is the Antichrist?

God tells us in II Thessalonians chapter two that he is sending a "GREAT DELUSION, that they shall believe a lie." The delusion is concerning the Antichrist. Will YOU be among the deceived? Most people that have heard about the soon coming Antichrist have only heard what some preacher or writer thinks he will be like and it is all misinformation. Thus the vast majority of Christendom has a completely wrong picture of the Antichrist. The Bible clearly describes this coming world leader. No one should be deceived, but they will be and God will help with the deception by sending a delusion. Today the Muslims are feverishly working toward bringing back their Messiah. They are religiously trying to set the stage for the glorious end. It is no secret that all that is going on is for this reason. And Muslims are not alone. Jewish rabbis are calling their people home to Israel because they are excited that the Messiah's coming is eminent. Some internationally known Rabbis have personally had a supernatural visitation indicating that their Messiah is soon to come. And Christians all over the world are looking with great interest into end time events because they all know that the end is upon us. The stage has been set. The three major religions of the world are all posed for HIM. And when he comes it will not be Jesus, but the Antichrist posing as Christ and he will be so convincing that, (Matthew 24:24) "if it were possible, they shall deceive the very elect." Few people really know from the Bible how to identify the Antichrist. The delusion is upon us. Don't be caught unaware. Know the truth. Know him for the impostor that he is. Read Who Is the Antichrist? and know the truth.

Michael Pearl was raised in Memphis, TN, in a good home, by parents who were faithful to point him to God. Mike, a graduate of Crighton College in Memphis, has been active in evangelism since he was a teenager. He pastored churches and worked with Memphis Union Mission for 25 years, while also ministering in hospitals and churches to the many military families in Memphis. About 30 years ago, Mike and his wife Debi moved to rural Tennessee where they continued in the work by holding Bible studies in local homes, which eventually led to regular meetings of the local body of believers, and the starting of their prison ministry.God eventually led them into the ministry of writing on child training and family relationships, which they now feel is their life’s work and calling. The result of this work led to the formation of No Greater Joy Ministries (NGJ), a 501 (c) (3). The largest project that NGJ has ever been involved in is the Good and Evil Project, a work to translate Mike’s Illustrated Bible Storybook Good and Evil (G & E) into 100 languages. G & E has 45 languages in print, and another 60 languages in the process of being translated or edited.In addition to the child training ministry, the work of the prison ministry, missions, and Bible studies, the Pearls have an active family life. They have been married since 1971; have 5 children, and 22 grandchildren.