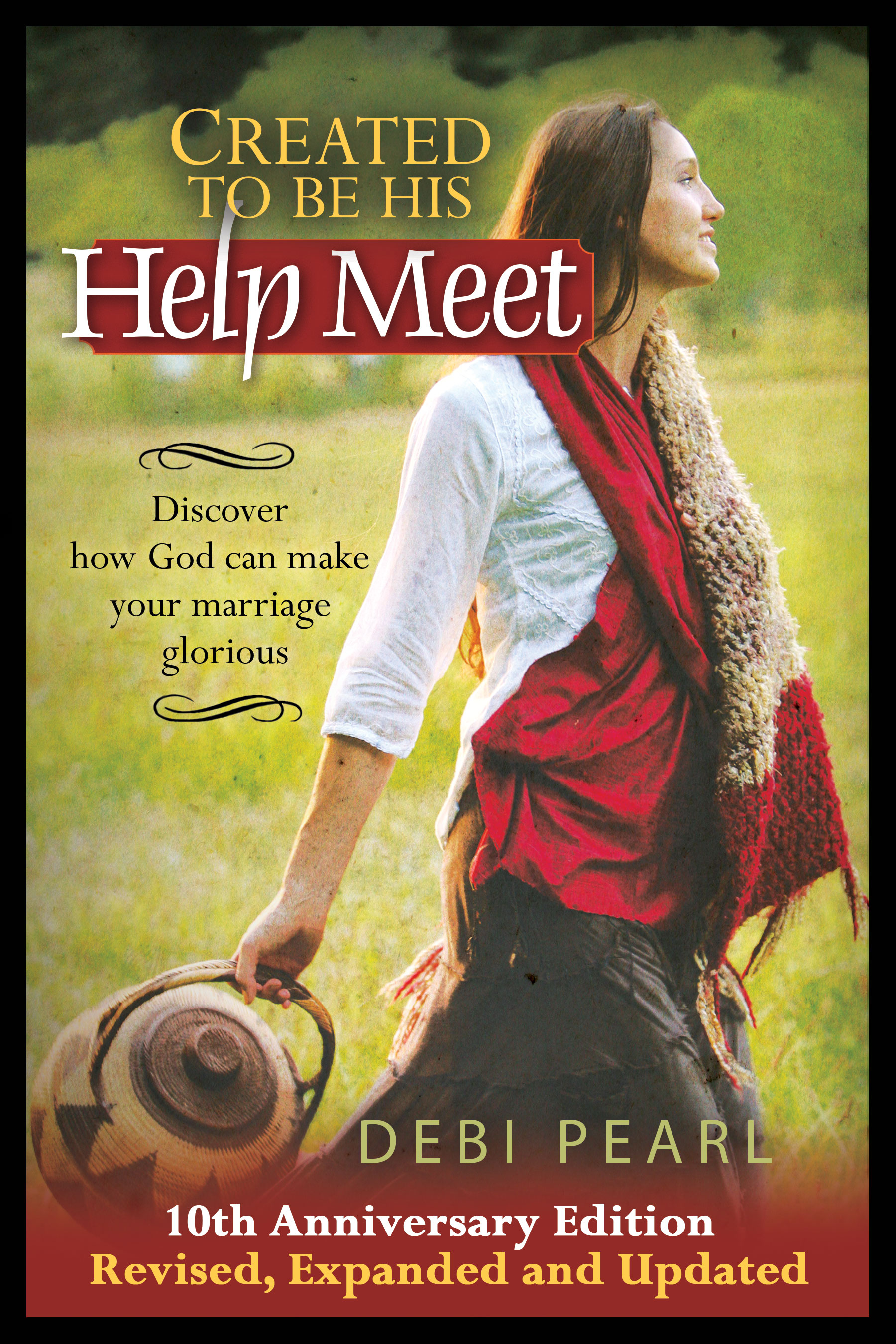 Created To Be His Help Meet

Created to Be His Help Meet, first published 10 years ago, has sold over 500,000 copies in 12 languages. I am amazed, reading the testimonies of woman in England, India, Saudi Arabia, China, Australia, and many other countries, as they share how their marriages have been saved and enriched through these biblical truths. Over the years I have learned from these many women, and, responding to their cries for help, have added TWO NEW CHAPTERS and other small revisions to address their needs. One of the new chapters is called, Servant or Servitude? There is a difference. One is godly, the other devilish. Did we fail to make that distinction clear enough the first time around? Some have indicated such. So we tackled the subject head on. May God continue to bless you as you read and obey the wonderful words of God.

Debi Pearl was raised in Memphis, TN, in good homes, by parents who were faithful to point her to God. As a teen Debi was involved in witnessing, ministering to the sick and wounded veterans, and serving in hospitals. Debi along with her husband Michael, write on child training and family relationships. Independently, Debi has written a “Help Meet” series of books for both single and married women along with the Yell and Tell books which are a warning for children against sexual predators.