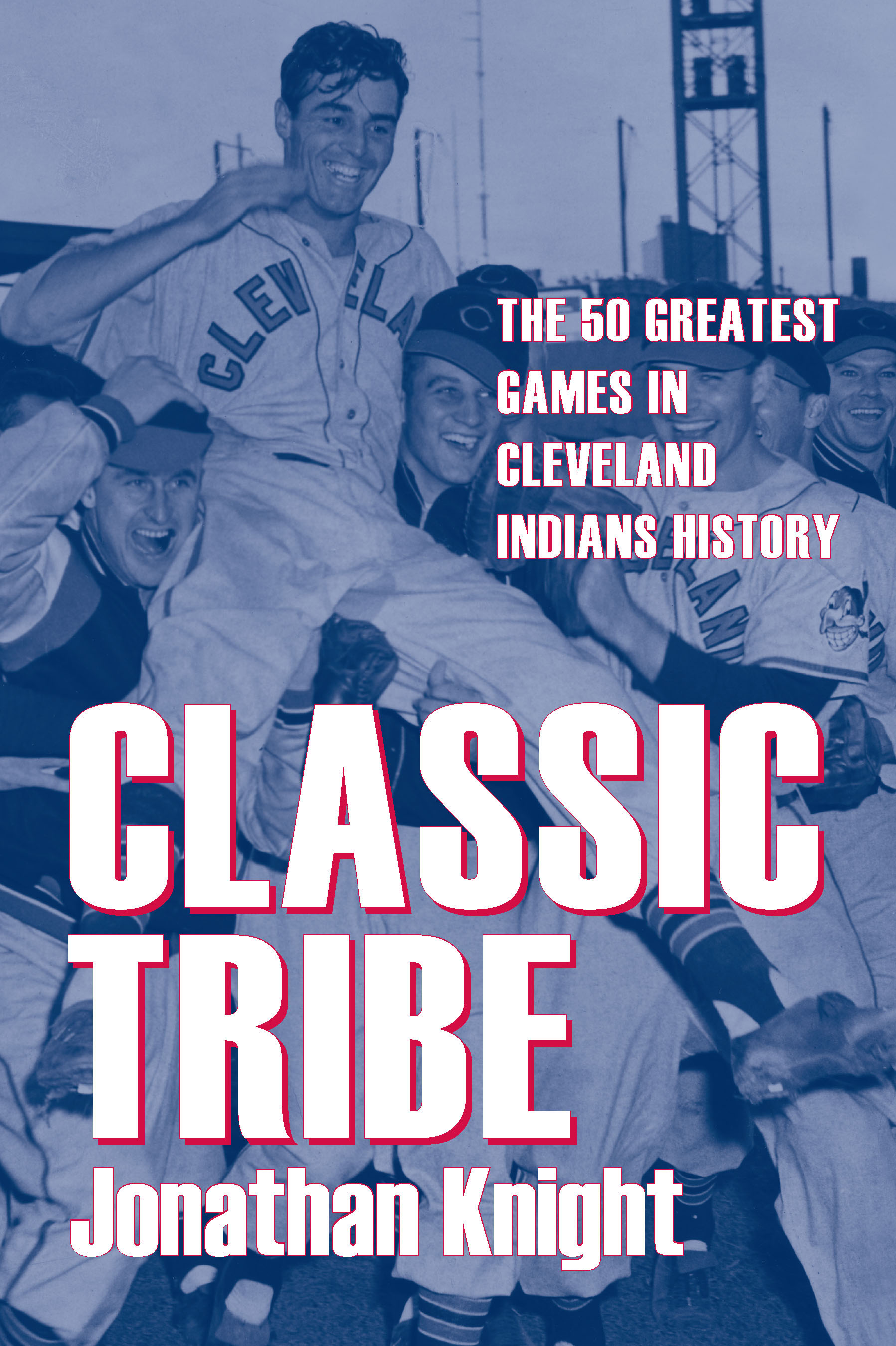 A countdown of the Cleveland Indians’ greatest games

It’s far too easy to allow the national media and disparaging fans to undermine Clevelanders’ views of their professional sports teams. While the Browns, Indians, and Cavaliers have certainly caused more than their fair share of frustration and heartbreak over the past century, there are countless moments of glory in the fertile athletic history of Northeast Ohio that receive little notice east of Shaker Heights or west of Rocky River. Jonathan Knight’s Classic Cleveland Series sets out to combat this trend, bundling together the most memorable moments of Cleveland’s beloved athletic clubs. In three separate publications, Knight ranks the fifty greatest games in each franchise with entertaining accounts of each contest, properly placing them in the broad landscape of civic history.

Regardless of what the current editions of the Browns, Indians, and Cavs accomplish, every contest played is another chapter in an epos connecting each generation of fans to the ones before it. The Classic Cleveland Series colorfully illustrates that regardless of today’s final score, the simple continuation of the saga is reason enough for reflection and celebration.

Classic Tribe counts down the fifty greatest Cleveland Indians games, from wild ninth-inning comebacks to dazzling pitching performances to spellbinding playoff encounters. The storied history of Cleveland’s endearing baseball franchise is sprinkled throughout these tales, from weekday matinees at cozy League Park at the dawn of the twentieth century to unforgettable autumn nights at Jacobs Field.

Knight ranks World Series masterpieces alongside incredible individual performances and historic achievements: two perfect games seventy-three years apart, the most memorable of the 1954 Tribe’s record 111 victories, and the greatest comeback in baseball history. Included in these pages are the heroics of Tribe legends like Stan Coveleski, Bob Feller, Lou Boudreau, Rocky Colavito, and Omar Vizquel to name just a few. Whether played on a balmy summer night on the lakefront or on a golden October afternoon at the corner of Carnegie and Ontario, each game included in Classic Tribe is worth remembering and revisiting. Sure to spark interest and debate, Classic Tribe will appeal to Indians fans everywhere.