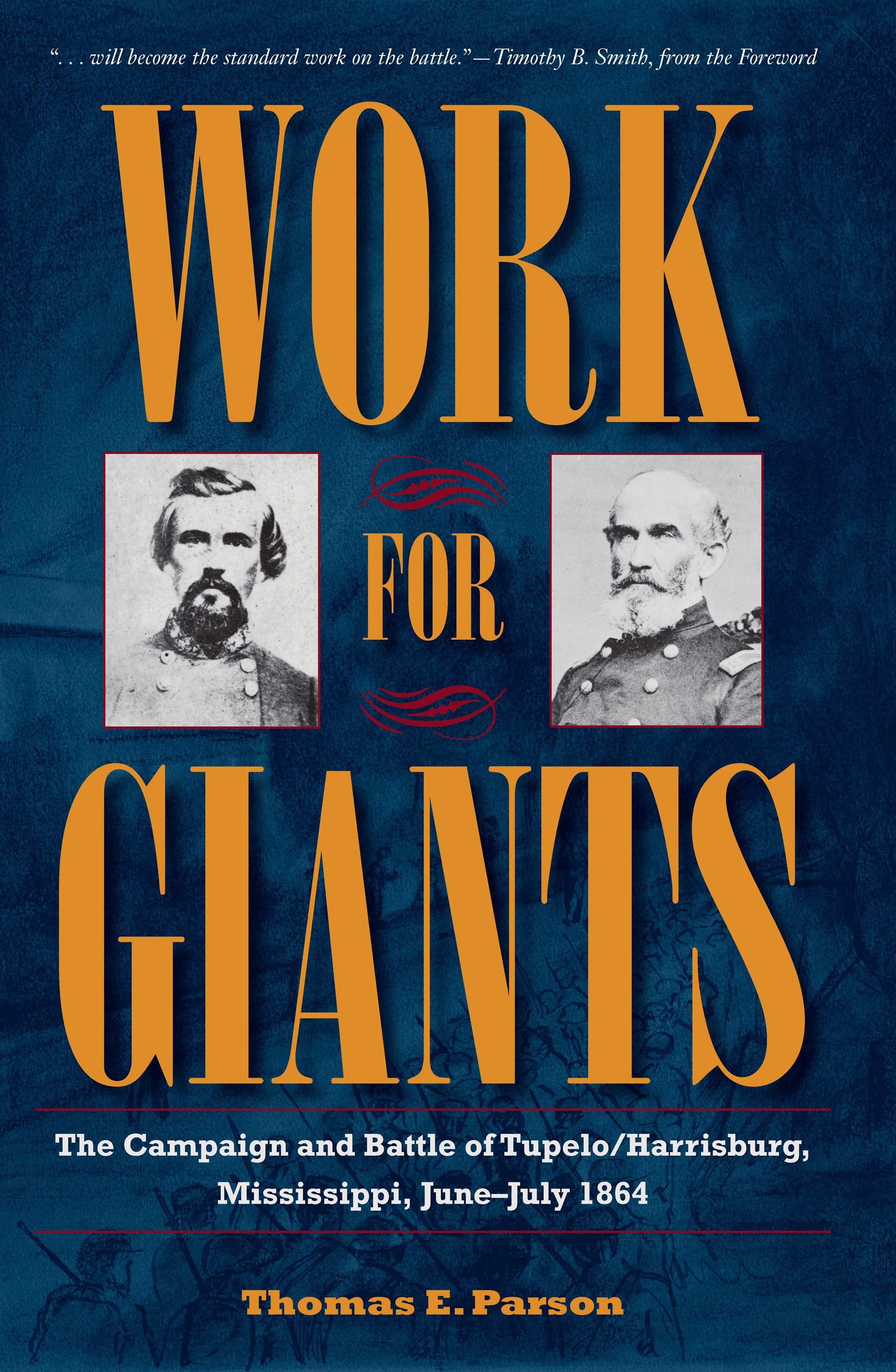 The Campaign and Battle of Tupelo/Harrisburg, Mississippi, June-July 1864

During the summer of 1864 a Union column, commanded by Maj. Gen. Andrew Jackson Smith, set out from Tennessee with a goal that had proven impossible in all prior attempts - to find and defeat the cavalry under the command of Confederate major general Nathan Bedford Forrest. Forrest's cavalry was the greatest threat to the long supply line feeding Sherman's armies as they advanced on Atlanta.

Smith marched at the head of his "gorillas," veteran soldiers who were fresh from the Red River Campaign. Aside from diverting Confederate attention away from Sherman, Smith's orders were to destroy Southern railroads and confront Forrest in Mississippi. Just weeks earlier, a similar Union expedition had met with disaster at the Battle of Brice's Crossroads, perhaps the greatest victory of Forrest's military career.

Joined by reinforcements led by Lt. Gen. Stephen Dill Lee, Forrest and his men were confident and their morale had never been higher. However, for two weeks, Smith outmarched, outfought, and outmaneuvered the team of Lee and Forrest. In three days of bitter fighting, culminating in the battle at Harrisburg, the Confederates suffered a staggering defeat. Forrest's corps was devastated. He and his men would recover but would never regain their earlier strength, nor would they ever again prove a serious threat to veteran Union infantry.

Work for Giants focuses on the details of this overlooked campaign and the efforts, postbattle and postwar, to minimize the outcome and consequences of an important Union victory. Parson draws heavily from previously untapped diaries, letters and journals, and eyewitness accounts, bringing to life the oppressive heat, cruel depredations, and brutal combat the soldiers encountered, and the stoic humor they used to endure them.

Thomas E. Parson is a park ranger at the Corinth Civil War Interpretive Center, a unit of Shiloh National Military Park. His research focuses on the military activities in North Mississippi during the Civil War. He is the author of Bear Flag and Bay State in the Civil War: The Californians of the Second Massachusetts Cavalry, and several feature articles in Blue & Gray Magazine.