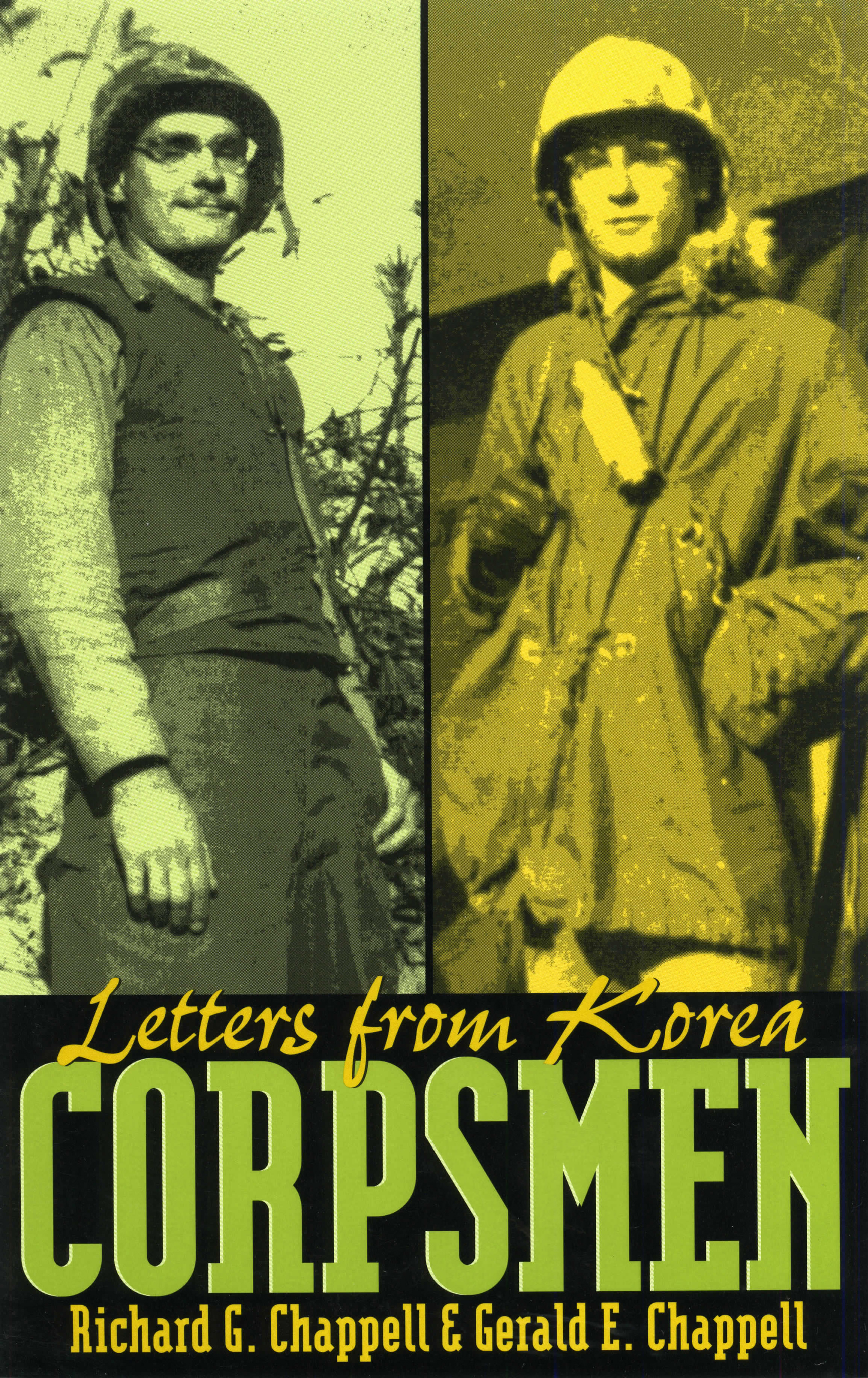 In Corpsmen: Letters from Korea, the Chappell twins gathered together their letters to chronicle their experiences as medical corpsmen in the First Marine Division during the Korean War. From boot camp to Bethesda Naval Hospital and on the Fleet Marine Force training and eventually the front line, and then in Indochina, the brothers kept in contact with their family in Ohio, offering firsthand narratives of their adventures.

This book captures the lives of corpsmen serving in wartime. The concerns, laughter, homesickness, and fears of the Chapell twins come through vividly in their letters, offering to the reader the chance to understand them as well as the war in which they served.