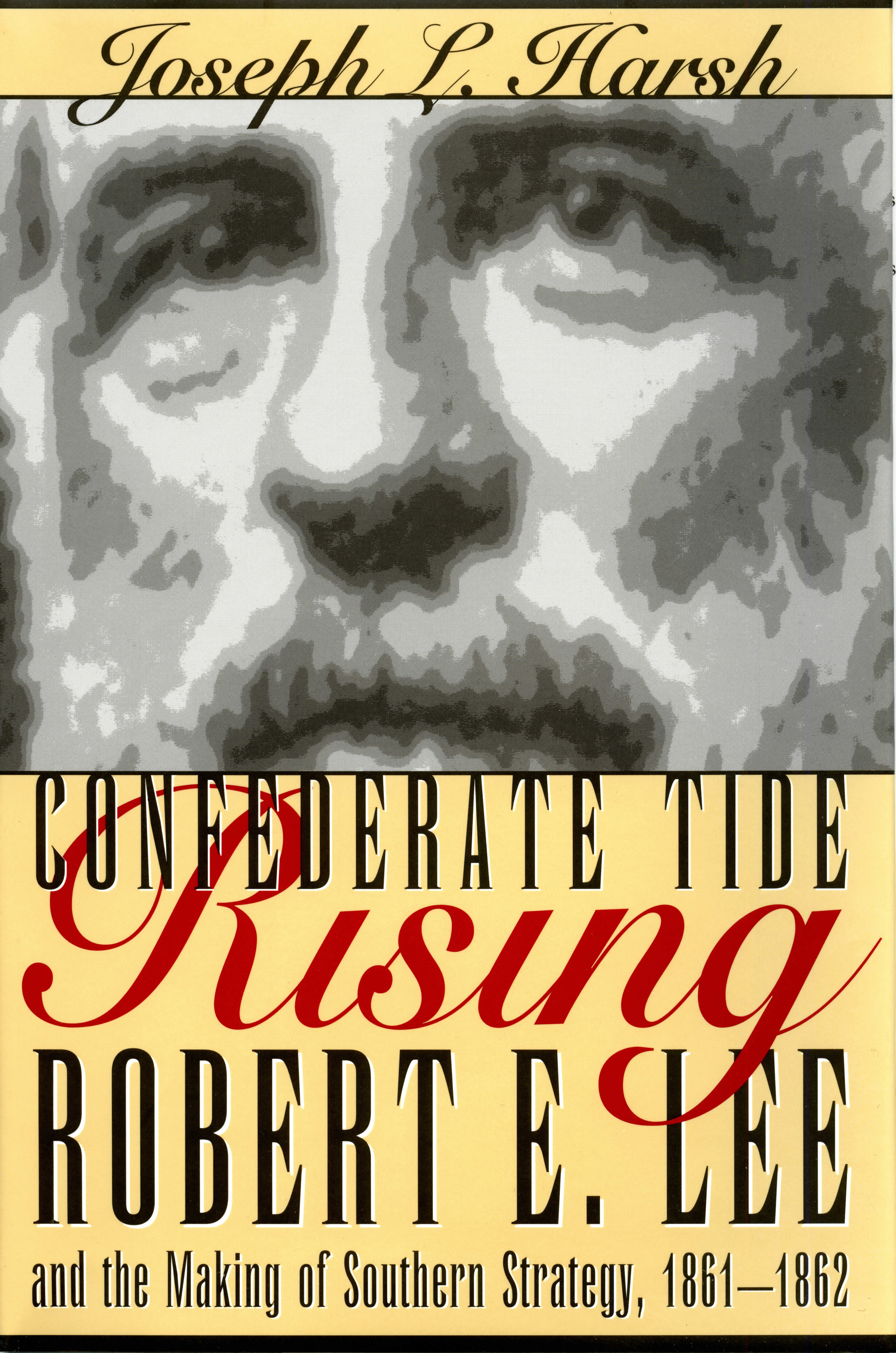 “Confederate Tide Rising is one of the most significant evaluations of Civil War strategy to be published in the past fifty years. It contributes critically to our understanding of the war, and it will influence the course of Civil War scholarship for decades to comes. I cannot overemphasize the importance of this book.”—Richard J. Sommers, U.S. Army Military History Institute

In this reexamination of Confederate war aims, Joseph L. Harsh analyzes the military policy and grand strategy adopted by Robert E. Lee and Jefferson Davis in the first two years of the Civil War.

Recent critics of Lee have depicted him as a general of tactical brilliance, but one who lacked strategic vision. He has been accused of squandering meager military resources in vain pursuit of decisive victories during his first year in field command. Critics of Davis claim he went too far in adopting a “perimeter” policy which attempted to defend every square mile of Southern territory, scattering Confederate resources too thinly.

Harsh argues, to the contrary, that Davis and Lee's policies allowed the Confederacy to survive longer than it otherwise could have and were the policies best designed to win Southern independence.

The late Joseph L. Harsh was professor and former chair of history at George Mason University. He was founding president of the Northern Virginia Association of Historians and was editor from 1980—90 of Courier of Historical Events. His articles have appeared in Civil War History and Military Affairs.