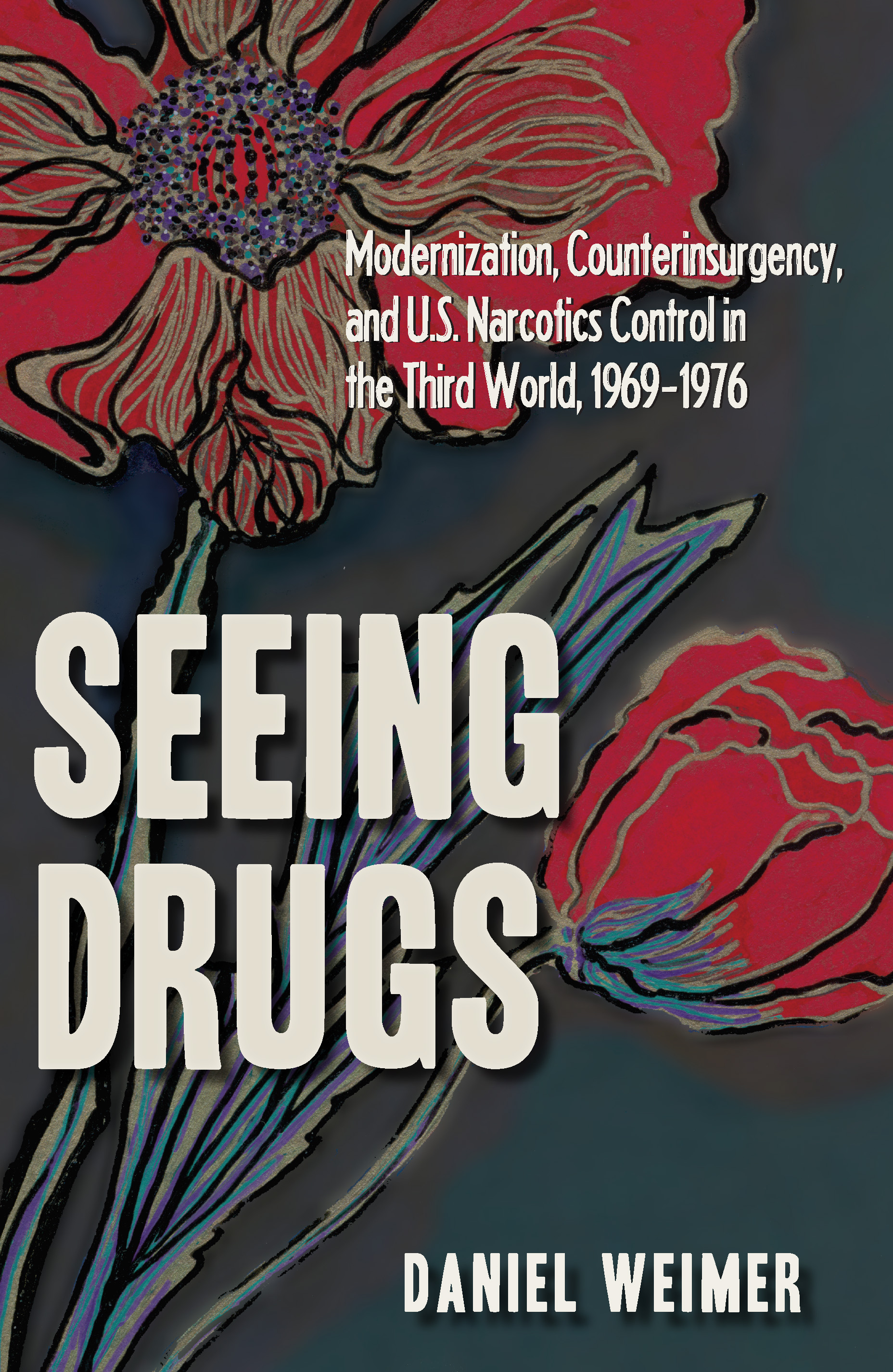 Modernization, Counterinsurgency, and U.S. Narcotics Control in the Third World, 1969-1976

A timely historical analysis of a persistent global problem

Since its declaration in the early 1970s, the American drug war has spanned the globe in a quest to stop the flow of illegal drugs into the United States.

Faced with rising heroin use in the United States and the fear of drug-addicted Vietnam veterans carrying their affliction home and propelled by the belief that heroin addiction spreads like a contagious disease, U.S. officials identified three Third World nations—Thailand, Burma, and Mexico—as the primary sources of illegal narcotics servicing the American drug market. Author Daniel Weimer demonstrates that drug-control officials in these countries confronted a host of interlocking factors shaping the illicit narcotics trade and that, in response to these challenges, policymakers applied modernization and counterinsurgency theory to devise strategies to assist the Thai, Burmese, and Mexican governments in curbing drug trafficking. The Nixon and Ford administrations sincerely believed their policies could rein in the narcotics trade and diminish addiction within the United States. In the end, however, the drug war only guaranteed continued American intervention in the Third World, where the majority of illegal drug crops grew.

“Essential reading for anyone interested in both the history of U.S. drug policy and the process of modernization during the Cold War.” – William O. Walker III, author of Drug Control in the Americas and Opium and Foreign Policy

“Weimer persuasively demonstrates that discourses of modernization and counterinsurgency helped to shape both U.S. counter-narcotics policy abroad and domestic drug policy at home along coercive lines. An important and timely book with much to teach us about the contradictions of the ‘war on drugs’ in Afghanistan, Colombia, and elsewhere.” – Brad Simpson, Princeton University

Daniel Weimer is assistant professor of history at Wheeling Jesuit University, where he teaches courses on contemporary America, international relations, and environmentalism. His current research explores the theme of the control of nature within American foreign relations.