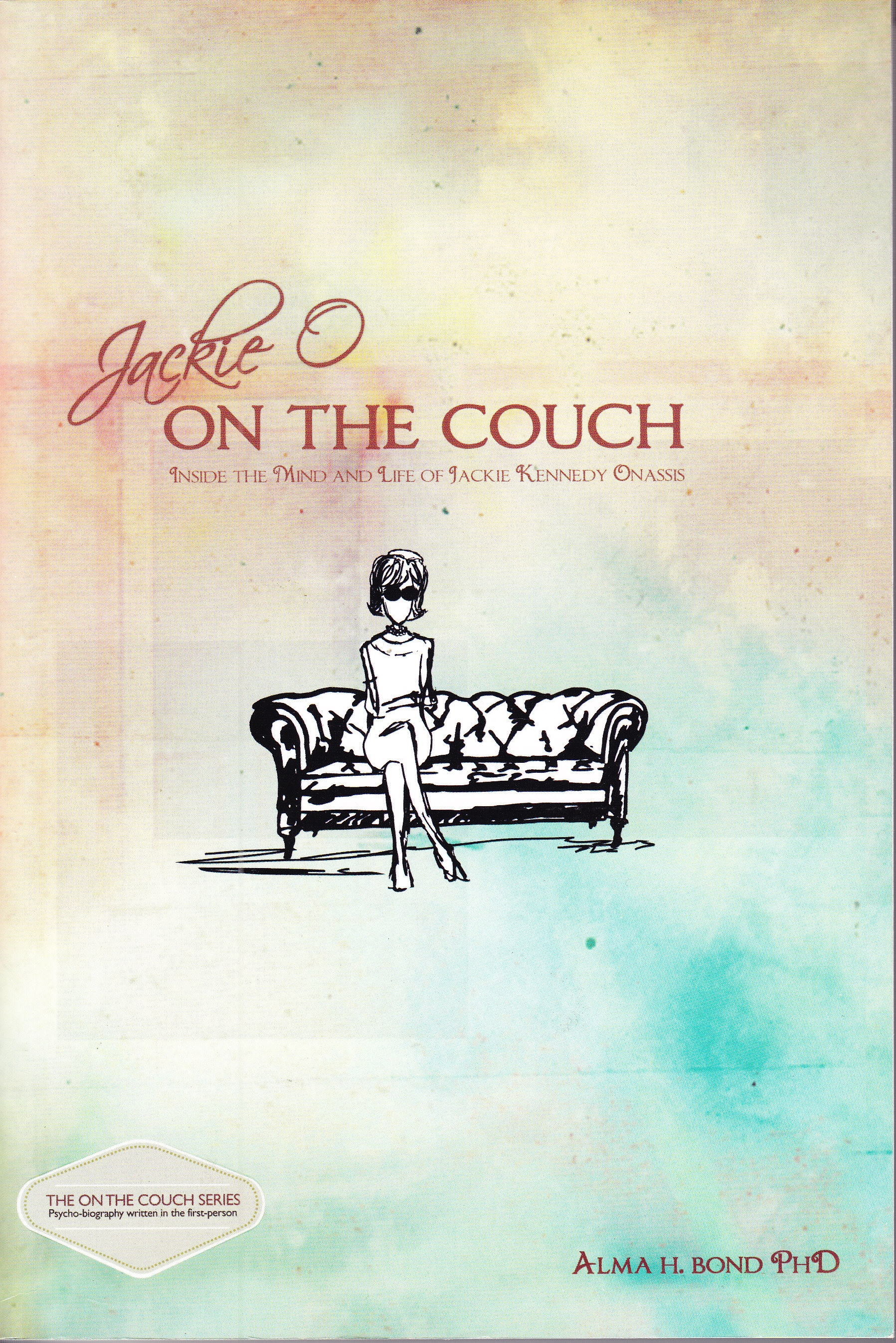 Jackie O: On the Couch is the story of Jackie Kennedy Onassis as she might have written it. This is not just another biography. For the first time, Jackie O: On the Couch highlights Jackie’s life from her own perspective, as imagined by author Dr. Alma Bond, a psychoanalyst and long-time student of Jackie lore. The facts are all historically correct, as are the ideas, the Washington intrigue and politics, and the examination of the role of women in society and in the White House. A different Jackie emerges into the world of publishing. Jackie O: On the Couch is a unique exploration of the life and loves of a great historical figure. Jackie Kennedy Onassis deeply prized her privacy and, as a result, she was both revered and mysterious. In this book, much of the mystery is shed as Jackie finally emerges as a fully fleshed-out, three-dimensional person—a true human being, with enormous strengths and shortcomings, who all of us can now understand and appreciate, perhaps for the first time.

Jackie O: On the Couch is the first of Alma Bond's ''On the Couch'' series, and is Dr. Bond's nineteenth published book. She received her Ph.D. in Developmental Psychology from Columbia University, graduated from the post-doctoral program in psychoanalysis at the Freudian Society, and was a psychoanalyst in private practice for thirty-seven years in New York City. She ''retired'' to become a full-time writer, but now maintains a small practice in addition to writing. Her last book, Margaret Mahler, a Biography of the Psychoanalyst, received two awards: Best Books Award Finalist, USA Book News; and Foreword Magazine s Book of the Year Finalist.

Her Maria Callas book, The Autobiography of Maria Callas: A Novel, was first runner-up in the Hemingway Days novel contest.

Her sixteen other published books include: Camille Claude: A Novel; Old Age is a Terminal Illness; Who Killed Virginia Woolf?: A Psychobiography; Tales of Psychology: Short Stories to Make You Wise; I Married Dr. Jekyll and Woke Up Mrs. Hyde; Is There Life After Analysis?; On Becoming a Grandparent; America's First Woman Warrior: The Story of Deborah Sampson (with Lucy Freeman); and a children's book, The Tree That Could Fly.

She presently has another book in production, Michelle Obama: A Biography.

Dr. Bond also wrote the play, Maria, about the life and loves of Maria Callas, which was produced off-off Broadway and is currently touring Florida.

Dr. Bond is the widow of Rudy Bond, the acclaimed stage, screen, and television actor, and author of I Rode a Streetcar Named Desire. She is the mother of three children, Zane P. Bond, Jonathan H. Bond, and Janet Bond Brill, all of whom are published authors, and she is the proud grandmother of eight, none of whom has published a book . . . yet. But, as a wise friend of Alma's put it, ''In her family, it's pretty much publish or perish.''