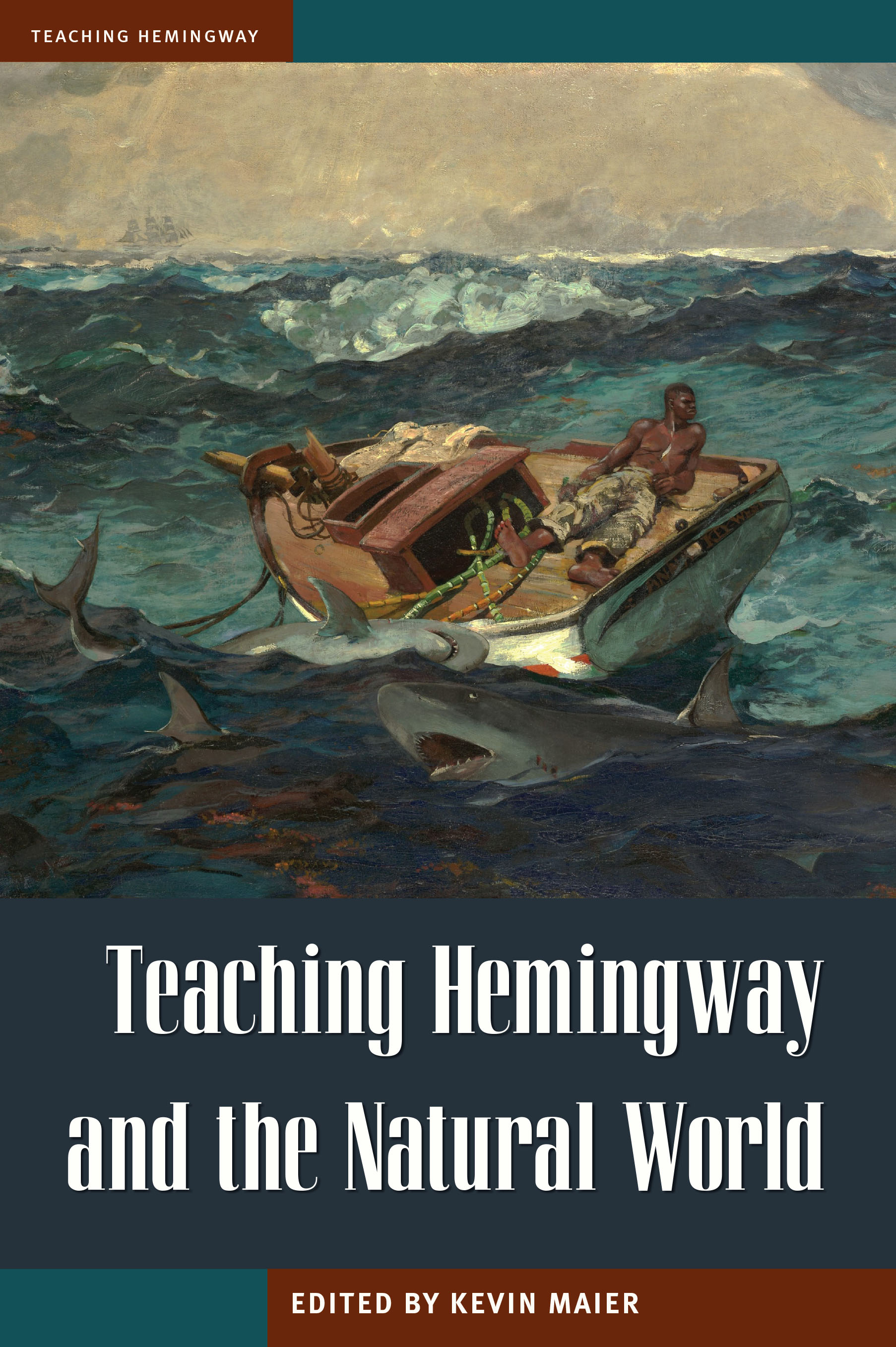 Teaching Hemingway and the Natural World

Ernest Hemingway is a writer we often associate with particular places and animals; Michigan’s Upper Peninsula, Spain’s countryside, East Africa’s game reserves, Cuba’s blue water, and Idaho’s sagebrush all come to mind. We can easily visualize the iconic images of Hemingway with fly rod bent by hefty trout, with bulls charging matadors, or of the famous author proudly posing with trophy lions, marlin, and a menagerie of Western American game animals.

As Robert E. Fleming once put it—updating Gertrude Stein’s famous quip that Hemingway looked like a modern and smelled of museums—Hemingway “was also a hunter, fisherman, and naturalist who smelled of libraries.” Hemingway indeed read widely in natural history and science, as well as the literature of field sports. This lifelong interest in the natural world and its inhabitants manifests itself in Hemingway’s writing in myriad ways. From the trout Nick Adams carefully releases to Santiago’s marlin and Robert Jordan’s “heart beating against the pine needle floor of the forest” to Colonel Cantwell’s beloved Italian duck marshes, and from African savannahs to the Gulf Stream, animals and environments are central to Hemingway’s work and life.

While these representations often served as background for broader human-centered matters in early scholarship, contemporary critics have opted to treat animals and environments directly. Teaching Hemingway and the Natural World marks a key entry in Hemingway studies, bringing the questions from the rapidly evolving field of environmental literary studies to bear on Hemingway’s places, animals, and life. It not only advances scholarship on Hemingway’s relationship to the natural world, but it also facilitates bringing this understanding to the classroom.

This latest volume in the Teaching Hemingway series explores how his writing sheds light on broader questions of the human relationship to the nonhuman world. Organized geographically, the 16 essays by leading scholars are divided into five sections about Hemingway’s favorite places. Each essay includes specific classroom advice as well as theoretically sophisticated close readings.

Kevin Maier is associate professor of English and chair of the Department of Humanities at the University of Alaska Southeast. His essays on Hemingway have appeared in The Hemingway Review, ISLE: Interdisciplinary Studies in Literature and Environment, and the collection Hemingway in Context. He is coeditor of an anthology on northern environmental issues, Critical Norths: Nature, Space, Theory (2016).