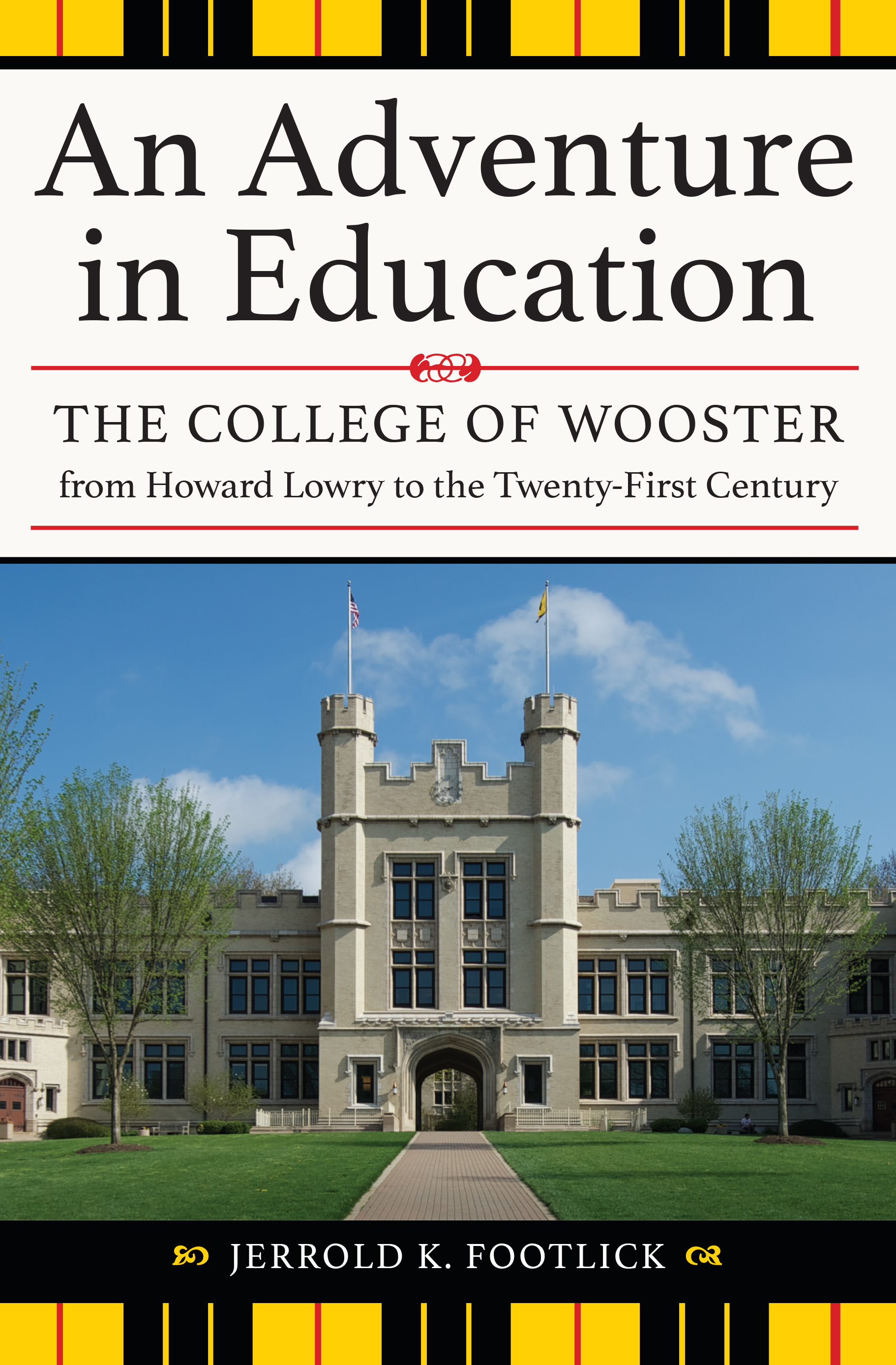 An Adventure in Education

Wooster: From the Middle West to the world

The College of Wooster was a proud but modest college for much of its life, exemplified by the titles of the first two volumes of its history, Wooster of the Middle West. In 1944, a Wooster alumnus named Howard Lowry became president and created the Independent Study (I.S.) program, distinguishing Wooster from other quality liberal arts colleges nationwide. I.S. was and is much more than a capstone research project for seniors; the heavy responsibility of mentoring undergraduate research was offset for faculty by university-level research leave, guaranteeing Wooster a faculty of true teacher-scholars.

This third volume of Wooster’s history begins with Lowry’s arrival during World War II, when Navy V-5 cadets were almost the only males on campus. At war’s end, a cadre of veterans taking advantage of the GI Bill arrived, young men tougher and worldlier than Wooster’s traditional students, and the demographics changed. Typical for universities at the time, Wooster students followed the rules in the moderate ’50s, before the ’60s unsettled this and many other campuses. Dramatic blows struck in 1967, when the elegant 66-year-old bachelor president suffered a fatal heart attack in the San Francisco apartment of his 27-year-old woman friend, leaving a college shocked both by his death and by financial strains that few knew about until then.

Wooster’s next decade was rocky and cautiously traversed. One antidote for the financial crisis was expansion of the student body, which grew revenue but lowered academic standards and frustrated an overworked faculty. In 1977, Henry Copeland, a 41-year-old historian, was the surprising choice for president, and his term marked a double triumph: restoring the College’s academic integrity and raising endowment from $15 million to more than $150 million in little more than a decade. Roads to success are rarely smooth—a failed presidential search following Copeland’s retirement embarrassed the College—but the Wooster family proved too solid and too dedicated to stumble for long.

As An Adventure in Education brings Wooster into the twenty-first century, it finds a picture-book campus with extraordinary new facilities, national recognition for both I.S. and the quality of its teaching, a student body diverse in terms domestic and international, and a striking confidence and ambition that might have surprised even Howard Lowry. How the college got from there to here is a tale instructive for anyone concerned with American higher education.

Jerrold K. Footlick, a graduate of The College of Wooster and Harvard Law School and a postdoctoral fellow at the London School of Economics, has been a reporter and editor at three newspapers and education editor, legal affairs editor, and senior editor of Newsweek. He is the founding editor of Newsweek On Campus, author of four books on higher education, including Truth and Consequences: How Colleges and Universities Meet Public Crises, and editor of three volumes on civil rights, education, and economics.