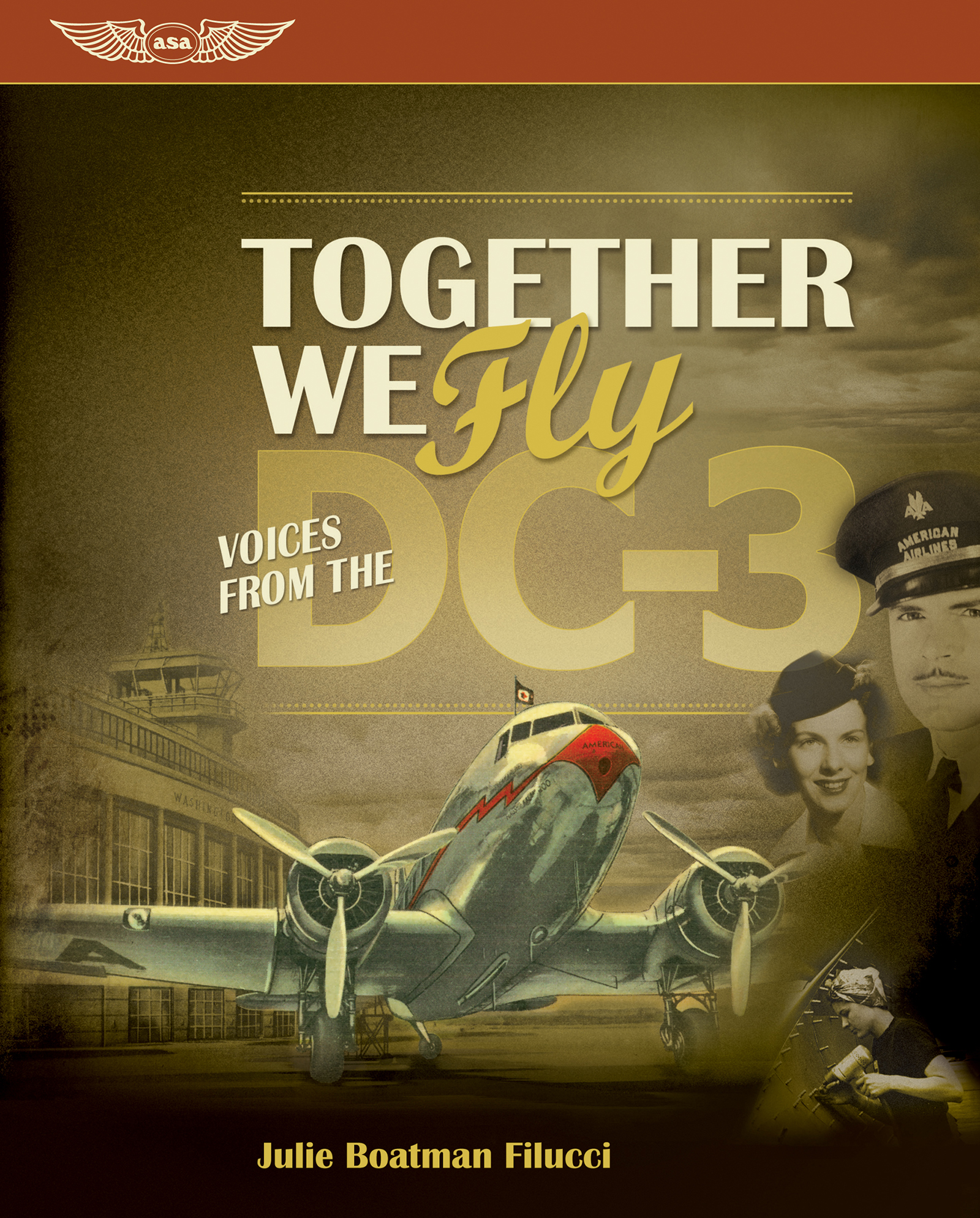 Voices from the DC-3

This is the story of an aircraft like none other—a true legend, the icon of an industry and one of the most recognized aircraft in history. Today, over 75 years after her first flight, the DC-3 graces the skies of the 21st century. Crowds still gather to watch a DC-3 land, technicians revel in the sound of her rumbling radial engines, cargo haulers appreciate her ability to stretch to meet impossible demands, and pilots still dream of flying the greatest airplane ever built.

The author introduces readers to those that helped make the DC-3 seem larger than life. The Douglas DC–3 has shaped virtually every life that it has touched. Those lives, and why this airplane mattered to them, come alive in this book: engineers, builders, pilots, stewardesses, baggage loaders, ramp crew, mechanics, soldiers, and passengers to illustrate each period of the airplane's history. Beginning with Donald Douglas, through the airplane's development and flight test, initial airline success, war service, regional airline use, life as a cargo hauler, and current expression as an airshow favorite— the voices tell the story of the airplane… like a flight through time in what might be considered the grandest of time machines.

Julie Boatman Filucci: Julie Boatman Filucci has devoted her career to the aviation industry. At Jeppesen Sanderson, she contributed to the Guided Flight Discovery pilot training system and flight instructor renewal courses as a technical writer and editor. At the Aircraft Owners and Pilots Association, she lead the "Catch-A-Cardinal" sweepstakes aircraft restoration project and flew and reported on a wide variety of classic and new aircraft as technical editor for AOPA Pilot magazine. She currently works for Cessna Aircraft Company as the manager of the Cessna Pilot Center flight school affiliate network. She holds a flight instructor certificate and an airline transport pilot certificate with a Douglas DC-3 type rating. Julie is on the board of directors for Dress For Success Wichita, and volunteers for Women in Aviation International. She and her husband live in an airport community outside of Wichita, Kansas, with their canine children.