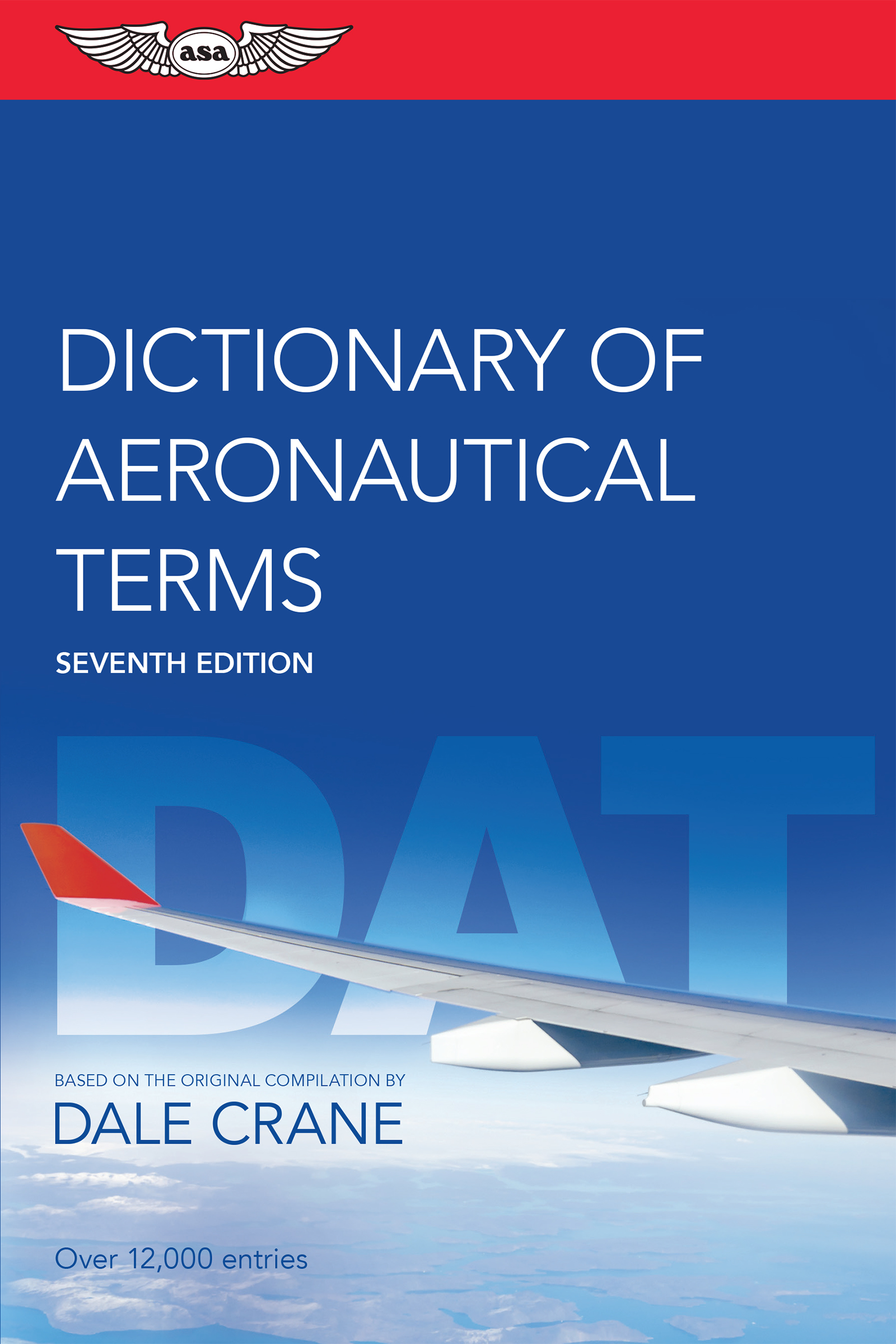 Dale Crane’s ultimate reference book contains more than 12,000 accurate, aviation-specific terms and definitions, updating and gathering all the terms in Title 14 of the Code of Federal Regulations, glossaries from FAA handbooks, advisory circulars and manuals, the Aeronautical Information Manual (AIM) and Pilot/Controller Glossary, as well as definitions not found in government publications. Nearly 500 illustrations further define and aid visual recognition of the terms, and useful tables and lists are included in appendices.

In an industry of acronyms and technical language, this comprehensive dictionary is an essential reference book for anyone involved with aviation and/or space organizations—administrators, pilots, maintenance technicians, drone operators, colleges and universities, air traffic controllers, manufacturers, engineers, government agencies, airlines, and corporate flight departments, as well as newcomers to the industry, and those who speak English as a second language.

The ASA Dictionary of Aeronautical Terms, now in its Seventh Edition, is a vital reference tool that belongs on every aviation bookshelf.

Dale was active as a writer of aviation technical materials, and a consultant in developing aviation training programs. He participated with the FAA in the Aviation Mechanic Occupation Study, and the Aviation Mechanic Textbook Study. ATEC presented to Dale Crane their special recognition award for "his contribution to the development of aviation technicians as a prolific author of specialized maintenance publications."

He also received the FAA's Charles Taylor "Master Mechanic" Award for 50 years of service in and contributions to the aviation maintenance industry, and "the recognition of his peers for his excellence in aircraft maintenance as a leader, educator, and aviation safety advocate." Dale Crane was the author of ASA's three-volume "Aviation Maintenance Technician Series" textbooks for AMTs, as well as the "AMT Oral & Practical Exam Guide," the original "Fast-Track Series" FAA Test Guides for AMTs, the "Dictionary of Aeronautical Terms," "Practical Electricity for AMTs," and many more publications during his lifetime.

The Dictionary of Aeronautical Terms is updated by the ASA editorial team.