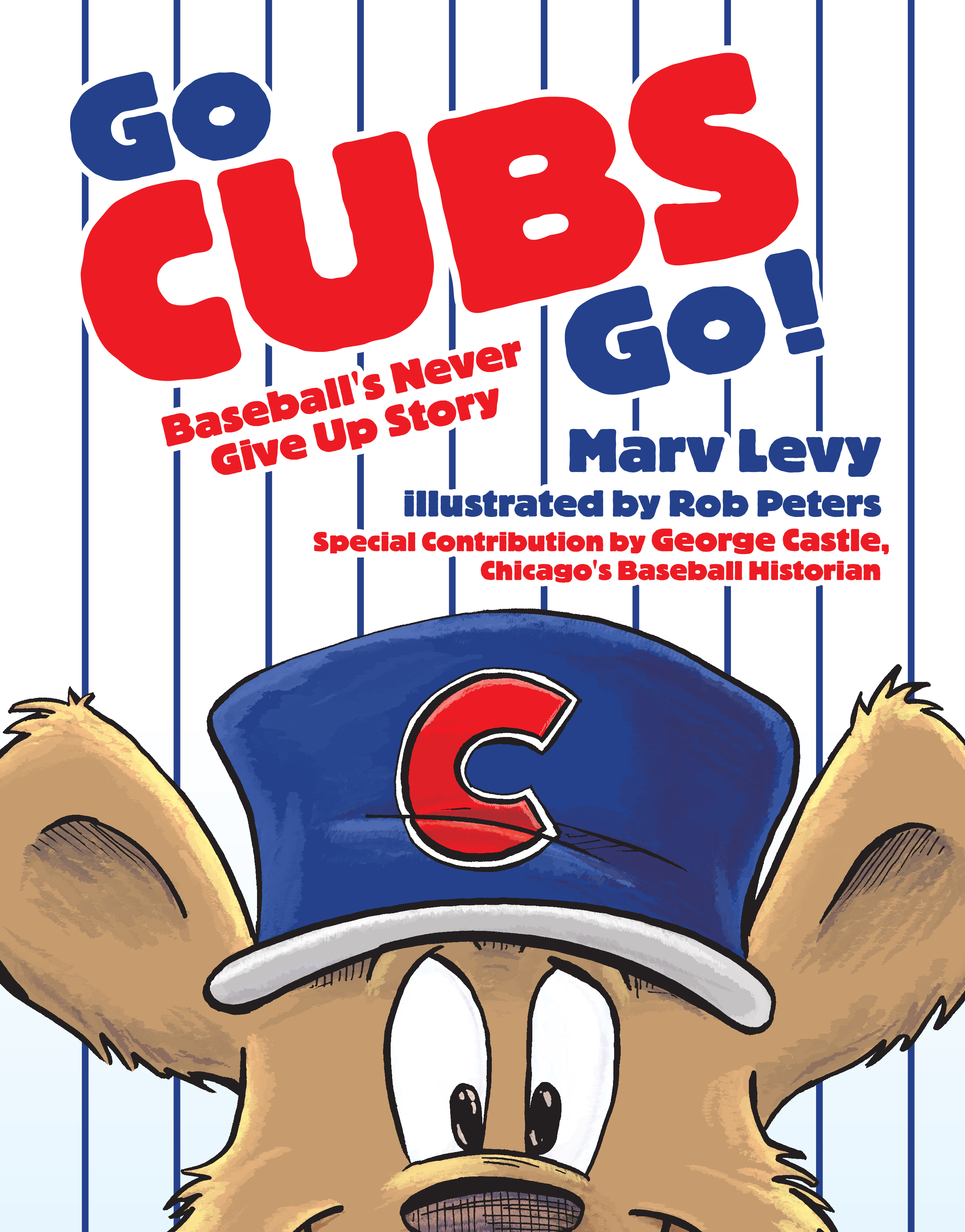 Baseball's Never Give Up Story

Meet Grandpa Bruno, the bear. All his life he has been a loyal fan of his beloved Chicago Cubs. And though they have disappointed him many times, he has never given up on them. He has even convinced his four little grandchildren to cheer for those Cubbies. They are all doing that now, and are they especially excited, because the Cubs, who haven’t won a World Series since 1908, are playing in the World Series now for the first time in 71 years. Whoever wins this 7th game of the 2016 World Series, the Cubs OR the Cleveland Indians, will be THE WORLD SERIES CHAMPIONS. If the Cubs win, what a celebration there will be in the City of Chicago. GO CUBS GO! AND THERE IS MORE! Chicago’s baseball historian George Castle has contributed two special historical and educational sections that follow the story, A Chicago Cubs historical timeline and a Cubs Words, Terms, and Quotes section. Cubs fans young and old will learn more about the history of their favorite team… The Chicago Cubs!

Illustrator Rob Peters is also a cartoonist and designer. He has a degree in Visual Communications from Judson College in Elgin, Illinois, and has worked as a cover artist, designer, and freelance artist. He has designed logos, book covers, and illustrated dozens of children’s picture books. He lives with his wife and family in Topeka, KS.Thirteen-time author George Castle started out in the $1 bleacher seats in Wrigley Field in the early 1970s. Growing up five miles northwest of the ballpark, Castle witnessed great Cubs players and not-so-great baseball. He has covered the Cubs for newspapers, magazines, online sites, and his own syndicated baseball radio show. He has been renowned for his specialty in Cubs history and his post as historian for the Chicago Baseball Museum.Chicago native Marv Levy may be best-known as the four-time Super Bowl coach (1990-93) with the Buffalo Bills. He also coached the Kansas City Chiefs. Football was his life, but the Cubs were his sports love. While in the Army Air Corps in 1945, Levy, then 20, attended Game 7 of the World Series at Wrigley Field. His patience was rewarded when he also went to the 2016 World Series at the same ballpark. Levy earned a masters degree in English History at Harvard University. He has authored three previous books. His biography Where Else Would You Rather Be? reached New York Times best-seller status in 2004. Levy was inducted into the Pro Football Hall of Fame in 2001. He lives in Chicago with his wife, Mary Frances.