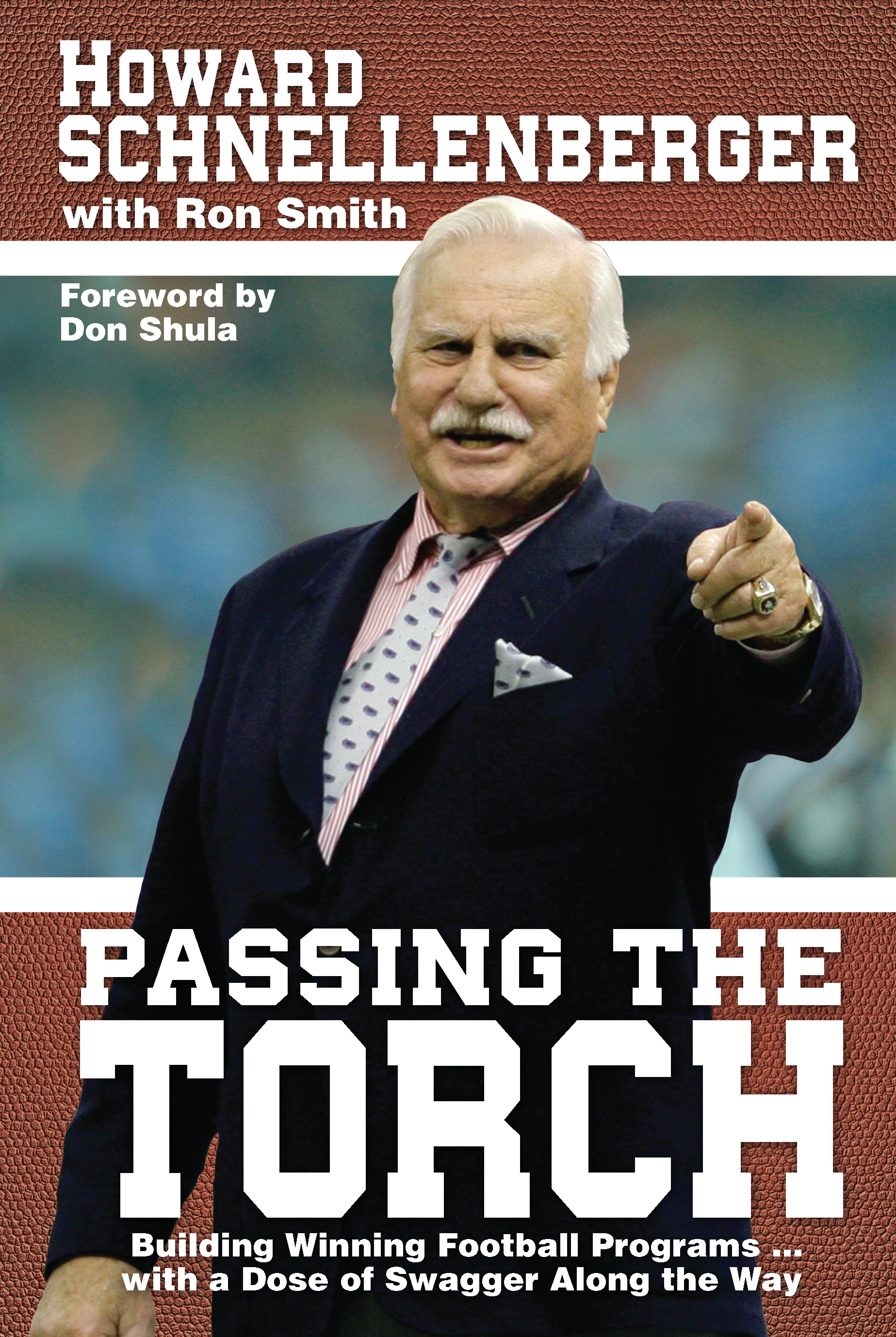 Howard Schnellenberger learned his trade from two of the all-time greats, Paul "Bear" Bryant and Don Shula. He served as offensive coordinator while helping Alabama and Bryant claim three national championships. His early career also included serving as offensive coordinator for Don Shula and the Miami Dolphins in 1972 during the only perfect season in JFL history.Schnellenberger then took the football torch that was passed to him and became a transformative head coach at three universities. Schnellenberger’s career has brought him into combat alongside or across the field from many of the greats. His high school teammate was the future Heisman Trophy winner and Green Bay Packer star Paul Hornung. He later recruited or coached Joe Namath, Kenny Stabler, Jim Kelly, Bernie Kosar, Vinny Testaverde, Bert Jones, Roman Gabriel, Bob Griese and Earl Morrall, and sent more than 100 college stars on to professional football careers.For all his personal triumphs, there have also been instances of crashing and burning. The coach talks about the wise decisions and the poor decisions he has made, and he shares the lessons he learned along the way. His stories about his players and the secrets to his remarkable success are the subject of this memoir.

Howard Schnellenberger was an assistant coach for 18 years under all-time greats such as "Bear" Bryant, Don Shula and George Allen, and a head football coach for 29 years. He saved football at the Universities of Miami and Louisville and built a football program at Florida Atlantic University. With a 6-0 college bowl game record, he is the winningest undefeated coach in bowl history. All three of these schools have nominated him for the College Football Hall of Fame. He retired from the sidelines in 201l, but he continues to work at Florida Atlantic University as an Ambassador At Large. He and his wife Beverlee live in Boynton Beach.