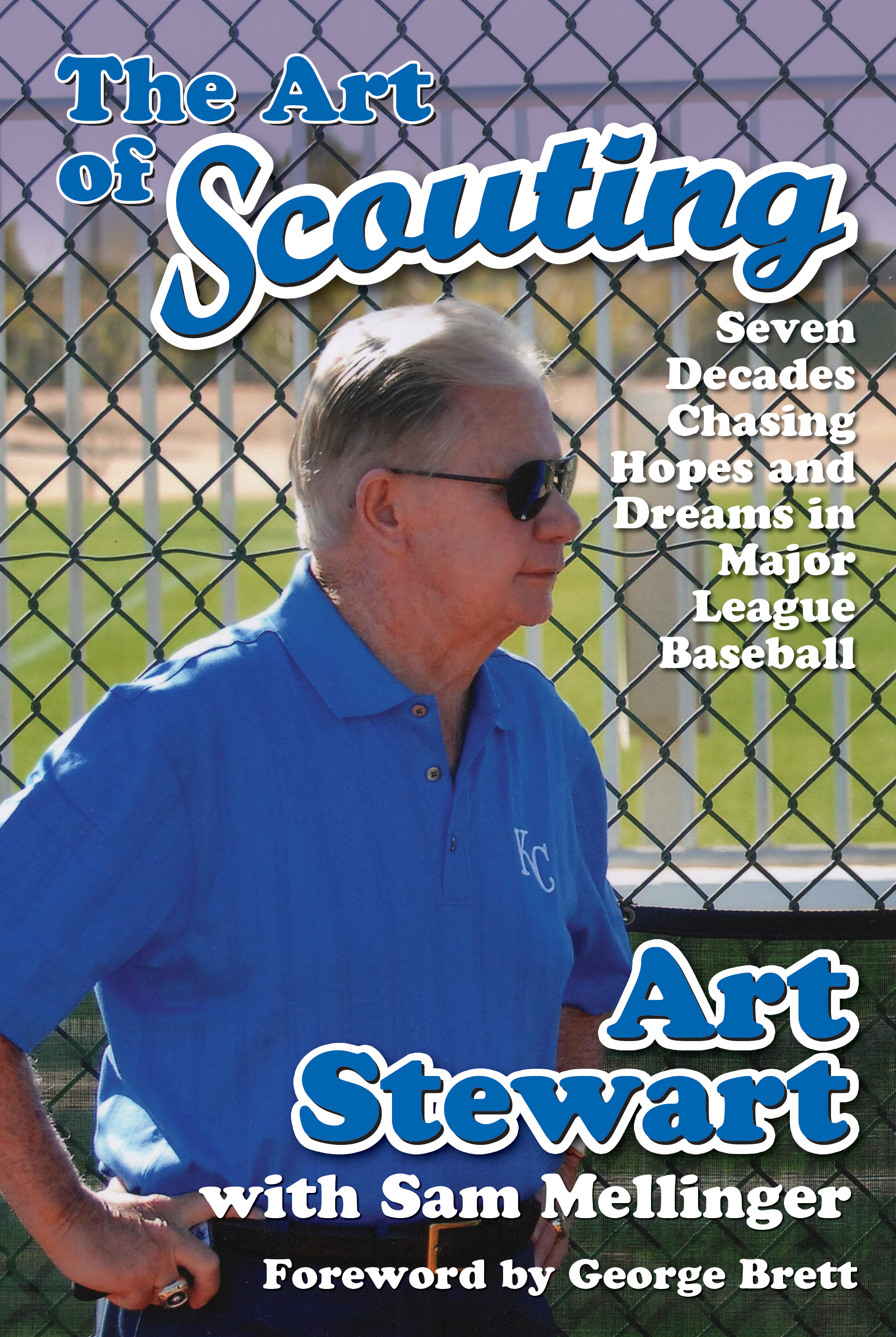 The heart and soul of Kansas City's major league baseball franchise is a 5-foot-6 and impeccably dressed man you probably haven't heard of. You don't know the Royals history and successes until you know him. His name is Art Stewart and he hepled bring Bo Jackson to the Royals on a hunch. He once signed a player after sneaking into the home and listening in on a rival's offer. He has the kind of charm that's overmatched highway patrolmen. Art has paid two speeding tickets in his life , and guesses that baseball stories have gotten him out of a dozen more. Once, his rental car running on fumes in Florida's Aligator Alley, Art told a few baseball stories and a man siphoned gas for him. He fell in love with baseball when he snuck into his attic and found his late father's baseball gloves, and his seven decades on the wild ride of major league baseball make him a living, breathing, storytelling personification of America's pastime. Art was born on Babe Ruth's 32nd birthday, and has been indise baseball through Ted Williams' triple crown, Willie Mays' catch, Hank Aaron's home runs, George Brett's chase of .400, all the way through the high-definition instant-replay times of today. Art helped build the Yankees' dynasty of the 1950s and 1960s, before becoming an integral part of making the Kansas Dity Royals the most sucessful expansion frnachise in baseball history. His aggresive wasy are part of why baseball's owners voted overwhelmingly to institute a draft in 1963. Art signed one 20-gme winner sho shook the sport with an explosive book, and another 20-game winner who shook the sport by swapping wives with a teammate. From George Brett to Frank White, Bret Saberhagen to Bo Jackson, Carlos Beltran to Eric Hosmer, the Royals' history is Art's history. Art just tells it better than anyone else.

Art Stewart is the only scout ever inducted to the Kansas City Royals' Hall of Fame, he has been an integral part of the franchise since 1969. He grew up on the North side of Chicago, walking distance from Wrigley Field, and ran his own semipro team before his 13th birthday.He was a good enough high school player that the Hall of Famer George Sisler offered him a pro contract with the Dodgers, but Art was making too much money hustling his semipro games to take the paycut. Instead, he kept the team and started scouting for the Yankees, going full-time in 1958.Stewart left the Yankees to help start the Kansas City Royals, and was a key component in everything the franchise did from the innovative Royals Academy to building an organizational strength that was the envy of the entire industry.One of the best-known scouts in baseball, Art is considered the model for generations of scouts who've come up after him. He signed more than 70 players who made the big leagues, including Bo Jackson, Johnny Damon and Carlos Beltran. The Kansas City Royals were named Major League Baseball Organization of the Year four times by various publications during Art’s 13 years as the director of scouting.