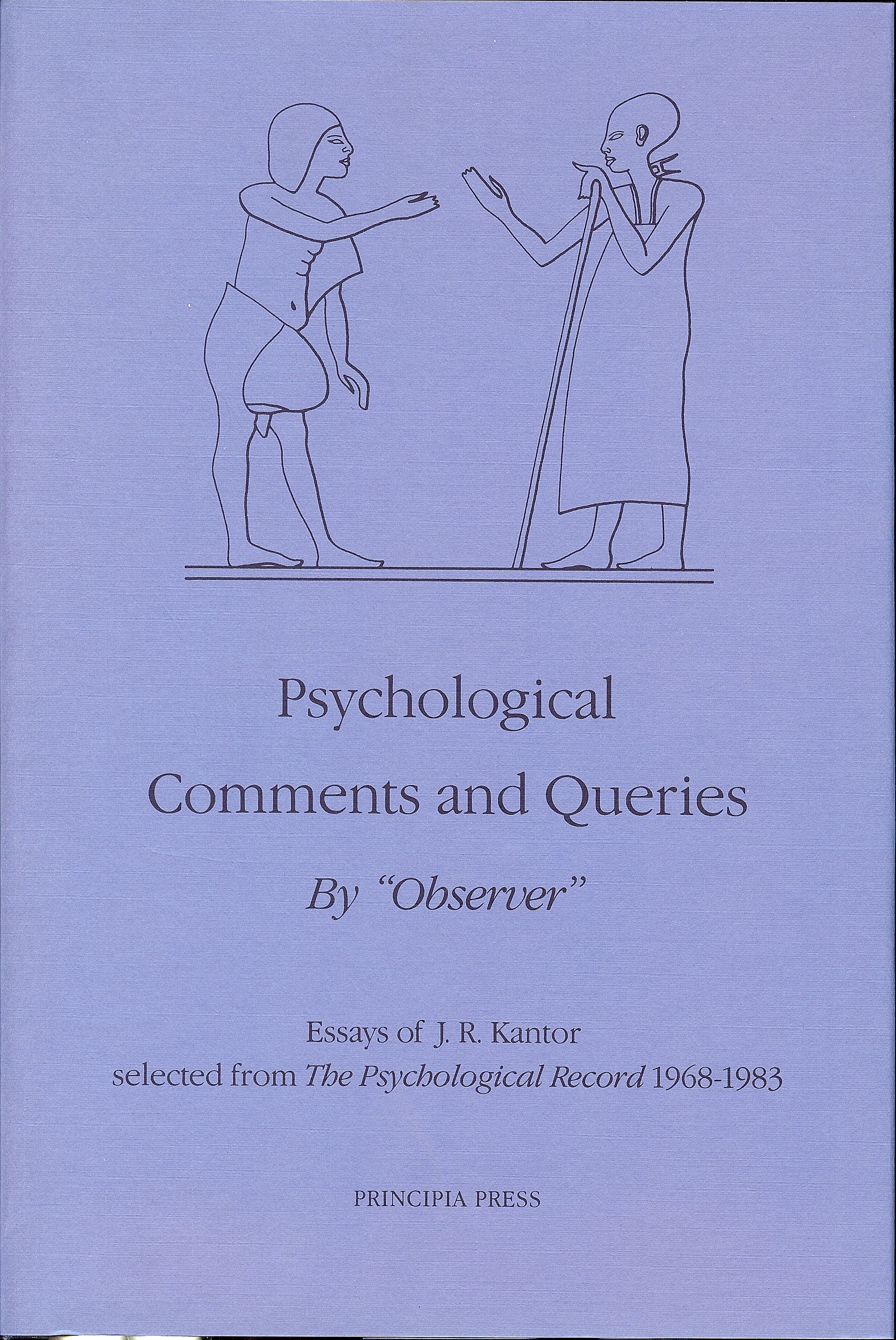 J.R. Kantor, founder of The Psychological Record and its editor for the first five volumes, returned to its pages in 1968 as an essayist under the carefully maintained nom de plume of