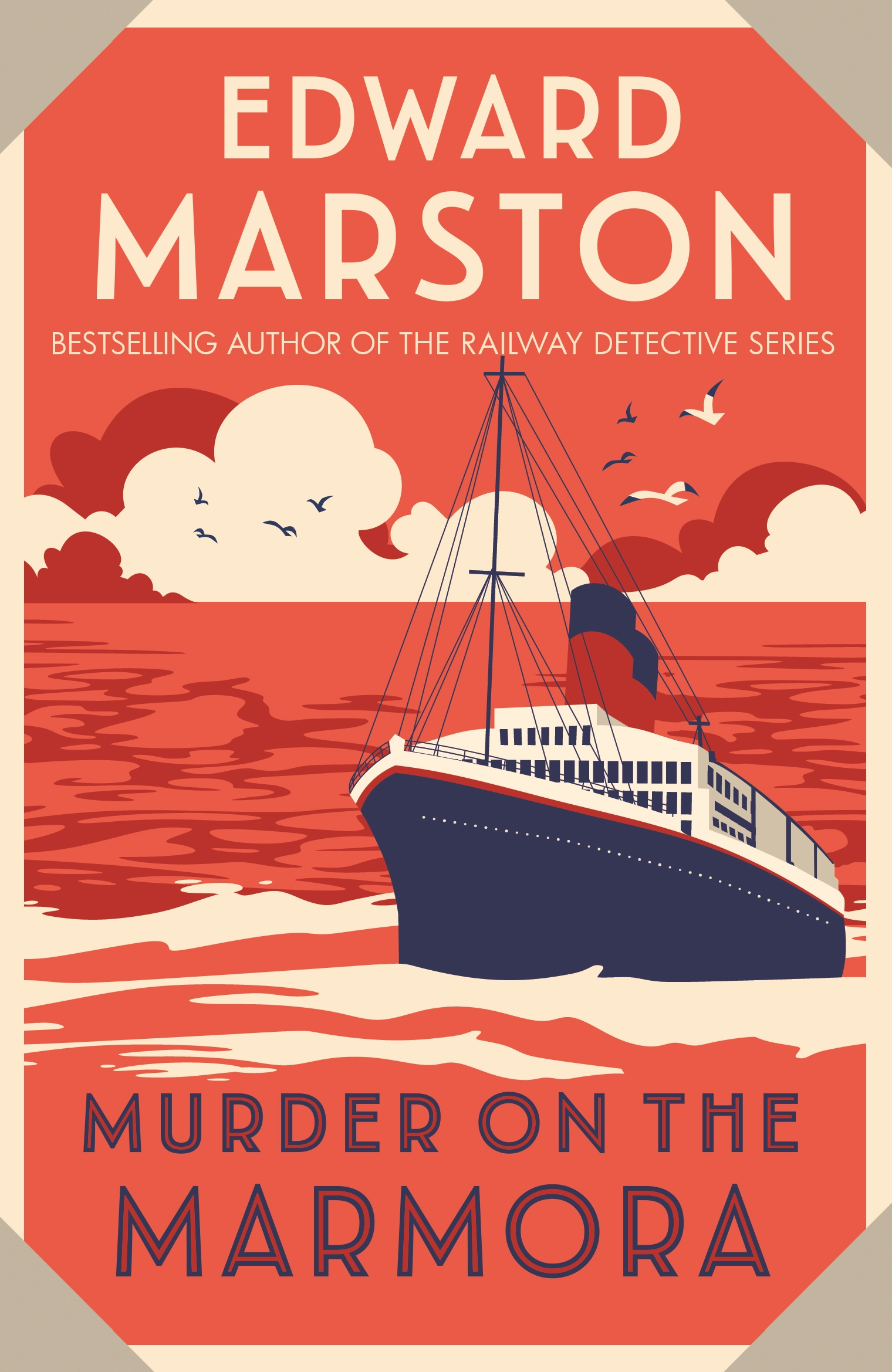 Murder on the Marmora

Egypt, 1908. George Dillman and Genevieve Masefield, used to the grand opulence of the Cunard cruise line, are at first disappointed with the Marmora, a small, unimpressive ship owned by the P&O shipping line. Employed by P&O to be the ship’s detectives, Dillman and Masefield expect to encounter the usual assortment of petty thieves and confidence tricksters.
But this cruise is certain to be unique as the Duke and Duchess of Fife and their children are aboard and the detectives will provide security for the royals. And when a dead body turns up, the voyage proves to be one to remember. Keeping the demise of the poor victim a secret on such a small ship is tough enough but suspects abound, meaning Dillman and Masefield have their work cut out for them.

Previously published under the name Conrad Allen, the Ocean Liner series casts off for a new generation of readers.