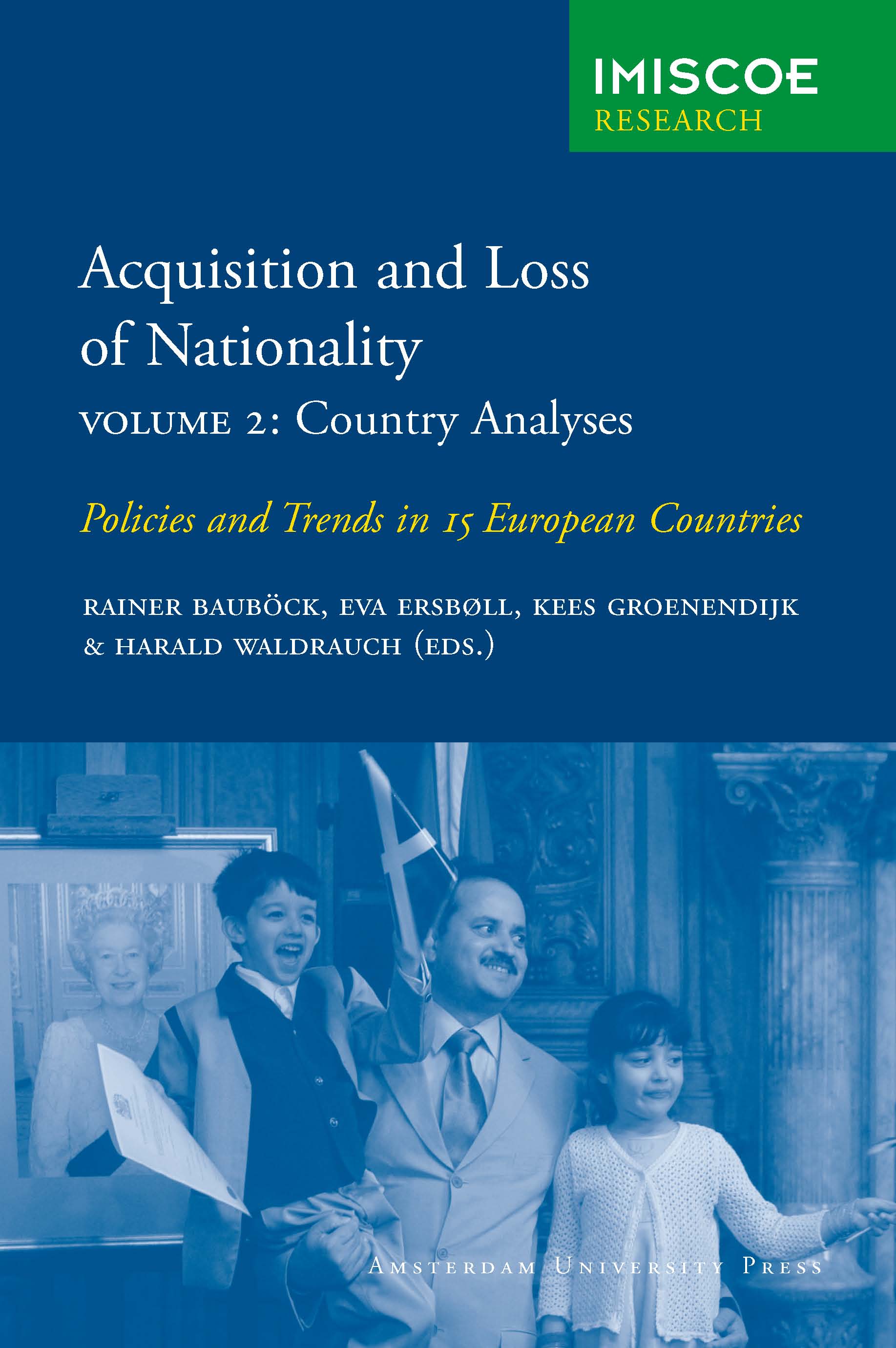 Policies and Trends in 15 European Countries

Nationality and citizenship have been subjects of stormy policy debates in many EU countries in recent years. Concerns over the integration of immigrants, but also attempts to forge links with emigrants, have led to changes in the laws regulating loss and acquisition of nationality and citizenship. This title outlines the research conducted by a team of 30 researchers into the nationality laws and their implementation in 15 EU member states. Volume 2 of this study presents detailed studies of each country’s nationality laws, their historical background and current provisions. It is a companion to volume 1 which contains comparative analyses based on a novel methodology that permits a detailed comparison how nationality can be acquired or lost across all 15 countries. The results show divergent trends towards liberalization in some countries and new restrictions of access to nationality in others. Volume 1 also examines the impact of international and European law, presents statistical data on naturalisation and assesses administrative practices. Although the European Union has no formal competence in regulating nationality, the nationality laws of member states are linked to each other via the common citizenship of the Union. Member States should therefore agree on common norms for their nationality laws. Volume 1 contains detailed policy recommendations based on the idea that stakeholders in the political community should be given access to nationality. In addition to the two volumes, detailed statistics and further comparative analyses of legal regulations of nationality are available at www.imiscoe.org. Volume 1 & 2 are also available as a set, click here form more information. This is the most comprehensive comparative study of the legal status of nationality so far and it will become an indispensable source of reference for further research. For more information see: http://www.imiscoe.org/natac/